Top 5 tech jobs for the next decade

Work has always been central to humans for millennia gone and millennia to come. However, the nature of work itself is highly dynamic since it needs to evolve constantly to suit the times we live in. In technology at present, when we think of the hot words, Artificial Intelligence (AI), Machine Learning (ML), Blockchain, IoT, and big data instantaneously come to mind. It wouldn’t be incorrect to assume that the technology jobs of the next decade will inevitably revolve around these buzz words that are changing the way people live their lives, consume content, and go about practically everything. The amassing belief, however morbid it may seem, is that technology is increasingly flooding the enterprise and this will cause machines to eventually take over all the jobs. 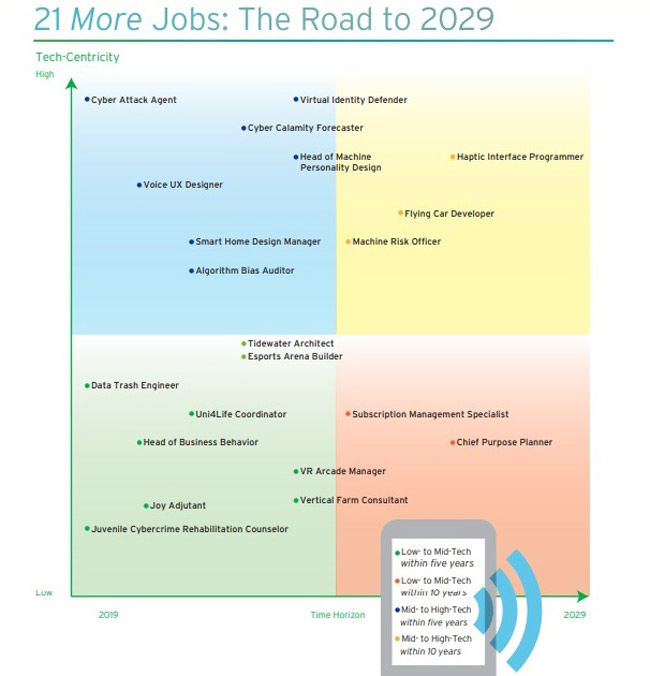 Contrary to popular belief, AI and ML will actually create more jobs for humans than they take away, as stated in a recent Cognizant report. However, what the fast-paced development of AI, ML and other technologies will do is that it will change the kind of work we are employed for. A report from the Turing Centre mentions that these technologies will automate some jobs entirely (although not as many as one would expect) and the productivity gains as a result of this, will result in a host of new jobs emerging. It is entirely possible to stray too far down this path and land into the realm of science fiction (a lot of science fiction will not stay sci-fi forever too), but a more grounded approach brings some interesting, new tech jobs to the surface as well. Also, other jobs, that are already present but not all that prevalent, may see a major boost in the next decade. Let’s look at 5 tech jobs that will most probably be big in the next decade. 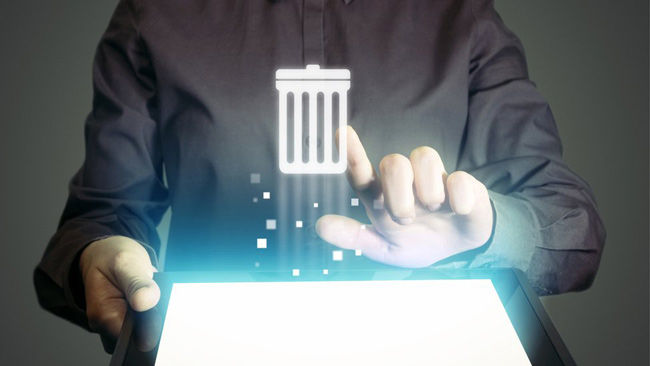 Trash data could be a goldmine

Some data could have not been used for months or even years. Some data may not be needed for any kind of regulatory processes. Some data may have absolutely no foreseeable use regardless of what was initially thought. However, it’s all still data and data is still important. The idea behind junk data is often wrong, and we need to fix it, according to Cognizant. All this ‘junk’ data can be turned into meaningful insights if cleaned properly. This is where a data trash engineer comes swooping in. To rescue all the junked data.

Data trash engineers is a technology job that isn’t present as of now, but organisations are already looking into hiring data trash engineers owing to the astounding amounts of data that is collected worldwide. A data trash engineer will be needed to identify unused data in the organisation they are employed, clean the ‘junk’ data thoroughly and feed this cleaned data into machine learning algorithms that generate all sorts of hidden insights. In this manner, the amount of meaningful data collected is increased and the data quality also ends up improving. Ultimately, a data trash engineer has one goal - turn trash data into treasure. It’s the era of big data and it will probably be the era of big data in the next decade as well, therefore, this job can be a potential long-term employment source. 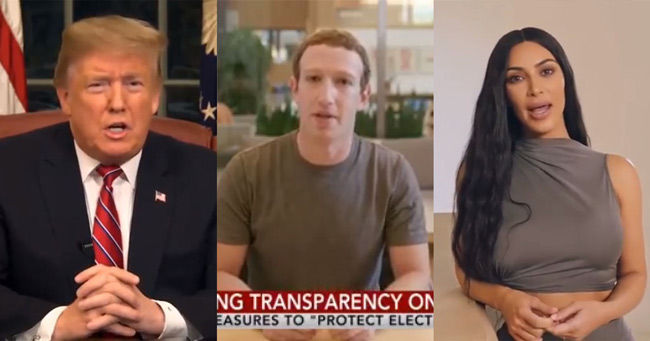 Deepfakes are impossibly accurate in some cases

The internet is dark and full of terrors. Every corner you look, you will find fake news looming around. Unless you’re living under a rock, you will know that there are new technologies that can literally put words in people’s mouths. Yes, we’re talking about the terrifying world of deep fakes and the eerie accuracy of many of them. While the narrative around them has been staggeringly comedic, this technology poses very serious threats that could very well be apocalyptic. Even though several apps and other technologies are getting much better at spotting them, deep fakes are constantly evolving to become much better too, so a dedicated job to address this threat is probably the best way to deal with them.

Enter the ‘virtual identity defender’. At least, that is what the Cognizant report and a company looking to hire their ‘fact-checkers-on-steroids’ call them. A virtual identity defender’s role is to authenticatable digital watermarks that prove the genuineness of someone or something on the internet. The lack of these can also indicate a foul play. Fact-checkers are already being employed at Facebook and they are being trained to work with machine learning algorithms that can verify the authenticity of potential deep fakes.

Siri, Google Assistant, Alexa, Cortana, Bixby… there seems to be a dedicated voice assistant from every major tech company. They’re in our phones, PCs, fridges, washing machines, toothbrushes… need we say more? Voice is the new frontier of computing for the 2020s (Cognizant, 2018). However, these voice ‘assistants’ are not as anthropomorphised as we’d want them to be. They lack colour and creativity in their conversations with humans. Since there are 7 billion people in the world with different cultures, dialects, accents and more, it would make sense to have an AI assistant that was more in line with those nuances. That’s where a voice UX designer steps in.

Google Translate may have caused many to believe that their degree in Linguistics is now rendered useless, however, it’s really not. Companies are being rather aggressive with integrating voice as a platform which enhances digital-customer engagement strategies. Studies indicate that the more a person is able to connect with a voice interface which reflects their dialect and unique speech traits, the more effective the communication between them is. It’s not rocket science really, we connect more with what is familiar. However, developing such targetted solutions may be close to rocket science. Hence, voice UX designers have an extremely difficult but rewarding job of making the voice UX more approachable by everyone. This can amplify customer engagement, lower customer acquisition costs, improve task completion, and optimise how effectively the voice assistant handles our requests. 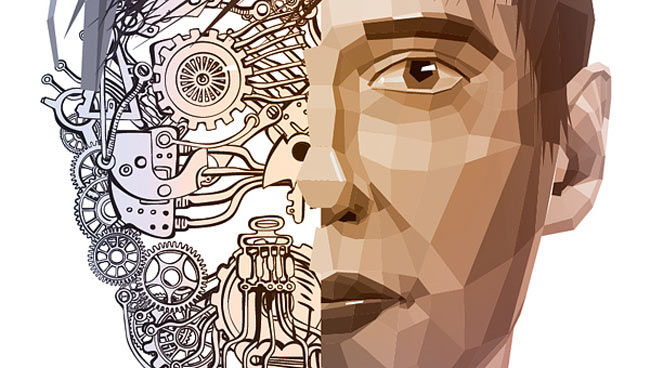 Machines cannot, in their present state, take over the art form in jobs (emotion/empathy, contextual judgement, experience, ethics and more). Machines are pacing (or galloping, in some cases) ahead of humans in the science of jobs (computational abilities, data analysis, pattern recognition, action determination and more). However, one doesn’t have to triumph over the other. When you combine the strengths of humans and machines together, you may have just created the dream work team. Human-machine collaboration may very well be the new hybrid workforce in the next decade. To ensure transparent communication between the two, translate consumer and employee needs and well as make them understand business strategies, a new role of a man-machine teaming manager is emerging.

This work profile requires candidates to develop an interactions system for humans and machines to communicate with each other their capabilities, goals and intentions. They also need to devise a task-planning system for the collaboration between humans and machines. Both forces need to become collaborative colleagues to achieve great efficiency. A man-machine teaming manager must identify tasks, processes, and experiences that can be upgraded using new technologies. 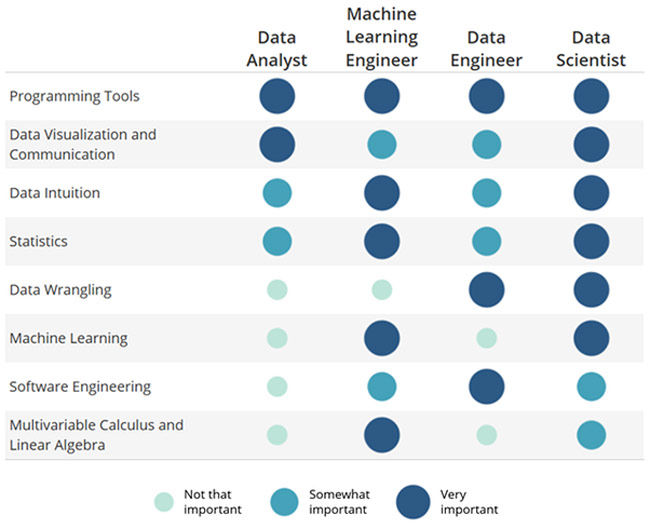 Important criteria/qualifications for an ML engineer, and a couple of other tech jobs

This is a job profile that already exists and for quite some time actually. However, this is probably one of the few that is not going anywhere for the foreseeable future and this job will actually rise up in prominence over the years, even more than what it is now. Simply because ML and AI will enter almost every domain, product, career, and household in the next decade. A 2019 report from Gartner shows that enterprise applications for AI and ML have increased by over 270 per cent in the last four years, and there is an ever-rising demand for ML engineers.

Machine learning engineers are basically advanced-level programmers that develop AI machines and systems. They know everything there is to know about programming, work with complex datasets and algorithms to train these ML systems to their best potential. Companies hiring ML engineers are not only companies like Google, Amazon and Apple but also an array of startup AI companies that specialise in niches.