Top 10 internet trolls of all time 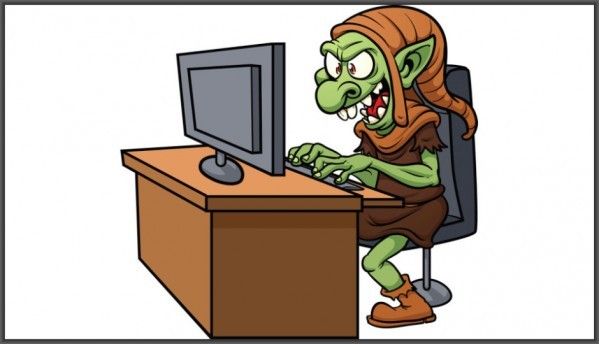 Internet trolling has been on the rise over the last few years. Trolls can hurt feelings of people. Some trolls want to hurt feelings of everyone while some of them don't have everyone on their virtual radar. Now as the practice is getting common, people are beginning to understand that its best to ignore internet trolls. But then, there are some that you just can't ignore.

Anonymous
An organization that literally does nothing but troll (for a cause), Anonymous is a worldwide sensation that brought trolling and hacking to the attention of the mainstream media. The power of anonymous is in its community and when you’ve got the largest Internet community in a world that’s online, well, you get the most epic trolls of all time and on a scale that few can ever dream of. 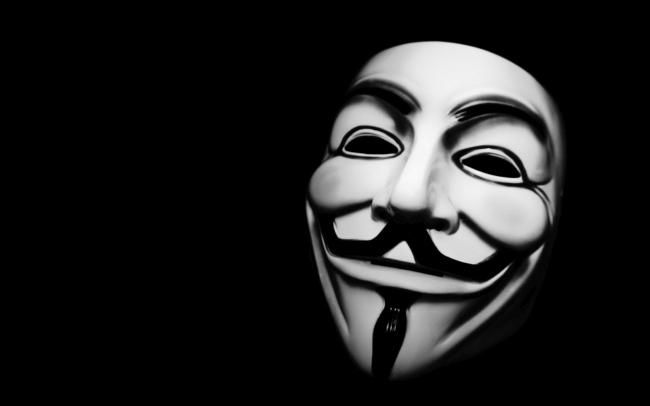 Jimmy Kimmel
Who’s Jimmy Kimmel? Don’t say that! Your ignorance offends us. A comedian, and sort of talk show host, of some note, Jimmy Kimmel has turned trolling into an art form (hasn’t true trolling always been an art form?). Don’t believe us? Head over to http://dgit.in/1mzkqO7 to learn about “the girl who tweeted wolf” and his other escapades. 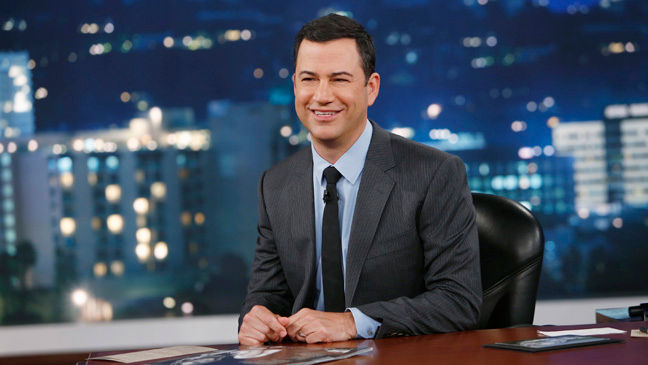 Nathan Fielder
When you live in a world where a tweet (http://dgit.in/1czWVhj) can end hundreds of relationships, you know the world is seriously messed up. Nathan didn’t ask for much, just that you tell your better half that “you haven’t been completely honest with them.” An innocuous statement by itself, but when you don’t reply after that, the fallout can be devastating, or maybe just hilarious. 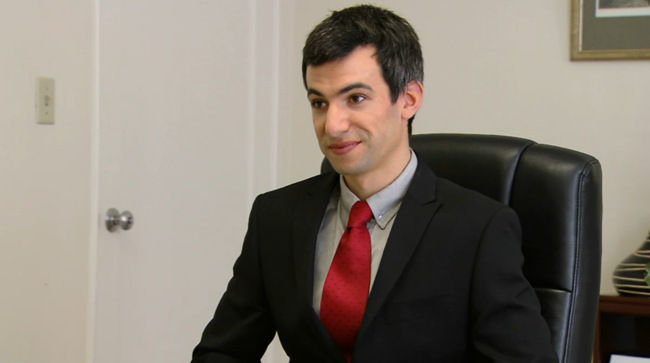 Jeff Harris
What do you do when an obvious scamster tries to scam you into giving away your $2,200 Powerbook G4 for a song? You give him a Powerbook of course (or a P-P-P-Power Book! actually)! What started out as a plan turned into an elaborate prank involving a three-ring binder, some stray keyboard keys, an international team of sleuths with the skills of Bond himself mark this elaborate troll as a major event in Internet history. With the help of his buddies on the forum, Jeff managed to convince the scamster to pay the taxes and other duties associated with shipping a laptop from the U.S. to the U.K. What he actually shipped was what you see above, a simple binder with pasted keys, hand-drawn USB ports and an assortment of weights to ensure that the package weighed as much as a real powerbook. Members of the forum who stayed in the U.K. actually went to the extent of tracing out the location of the scamster and even tried to catch the moment of revelation (http://dgit.in/MKsjQL). 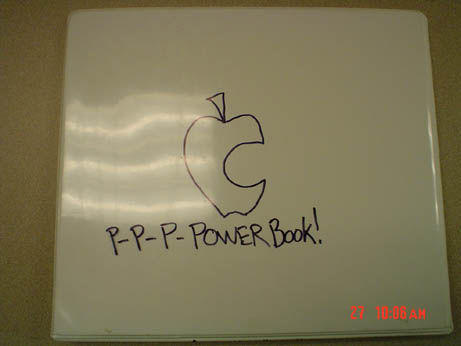 VRT
All of us are painfully aware of the hoops we must jump through when we must, unavoidably, call a call centre. Mobistar, a telecom provider in Belgium had a reputation (in Belgium, duh) for being among the worst of such offenders. A couple of pranksters took matters into their own hands and shipped a 20ft shipping container to Mobistar’s offices. Yes, you read that right, a shipping container. What Mobistar didn’t know was that the container wasn’t empty. It contained a group of pranksters and VRT cameramen, who’d volunteered for the job, for the express purpose of giving Mobistar a dose of their own medicine. What followed was a three hour struggle by employees at Mobistar to try and make some head way with the container company’s seemingly moronic call centre employees (the pranksters in the van). Head over to http://dgit.in/1mzo6zx to witness the hilarity that ensued. 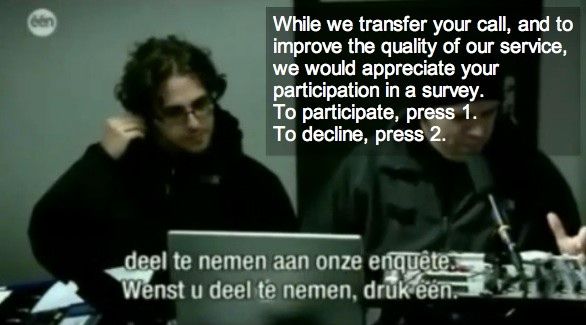 David Thorne
After a long day of mindless browsing and browbeating (if you’re working with particularly dull co-workers) it comes as a relief to read through the wanderings of an intelligent mind that is, sometimes, subject to the same situation. David Thorne has done everything from trying to pass off a dog as a bear (by wrapping him in a rug) to trying to auction images of seven-legged spiders (he later decided that eight was more appropriate). A particularly hapless focus for his, let’s call it humour, has been the hapless Simon Dempsey; a colleague and fellow designer who’s been bullied and harassed to the death by the machinations of David Thorne’s malicious genius. Head over to http://www.27bslash6.com/ for some enlightenment. Try to control the urge to write to him though. 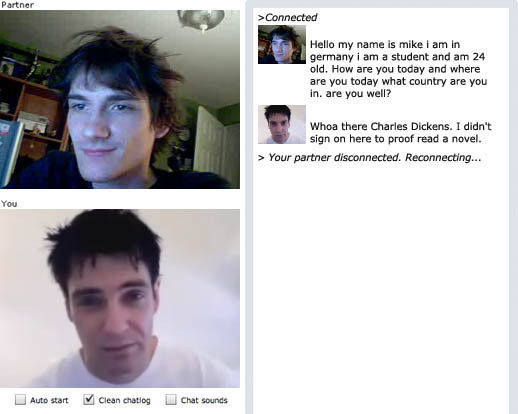 PhD_in_Everything
A know-it-all busybody is the worst colleague one can have, but when that same know-it-all actually knows-it-all and has a PhD_in_everything and resides on reddit, you know you’re in the presence of pure genius. He’s been known to talk knowledgeably on everything from presidential policy to healthcare reforms to even metabolic mastication. Don’t believe us? Head over to http://dgit.in/1fH9Awz and see for yourself.

Willy on Wheels
Wikipedia was (and is) considered to be the bastion of the free Internet by many. But as with any institution, Wikipedia has faced its fair share of abuse and vandalism, but from none more prolific than Willy on Wheels. He’s moved pages back and forth, even editing Wikipedia’s home page once and harassed the admins plenty. His motives still remain unclear though. 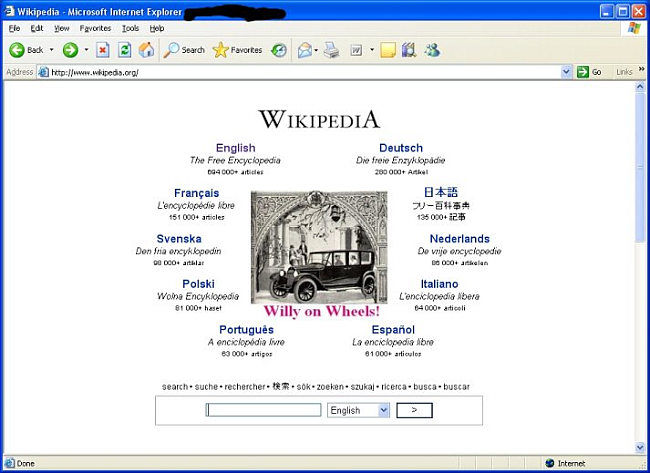 Somethingawful
This one’s a bit of a departure from the other posts here and whether it’s trolling or bullying will probably depend on your age and disposition. Regardless, a messed up order, some slight abuse and a demand for an apology got escalated to 4chan, and 4chan as you know will never let anything slide. The resulting fallout for Adam Goldstein (at the centre of the controversy) who was treated to the full brunt of the Internet, was something awful to behold. Read the full story and more at http://dgit.in/1l7Zr3m.

Team Roomba
Trolling in games is quite frequent, but sometimes it’s taken to another level altogether. Enter Team Roomba, trollers extrodinaire, this team has been known for messing about in Team Fortress 2. The most famous of their pranks involves a Trivia quiz where incorrect answers keep you locked at the spawn room. If you want more, all you have to do is answer this question, who spun the gold for the miller’s daughter? Enter your answer here (remember that names are proper nouns), http://dgit.in/<your_answer>12 to get to your destination. 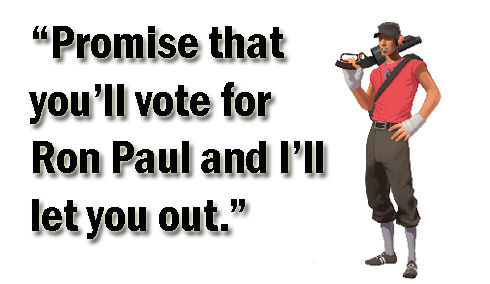