This video of Boston Dynamics' robotic dog opening doors is the coolest tech thing of the day! 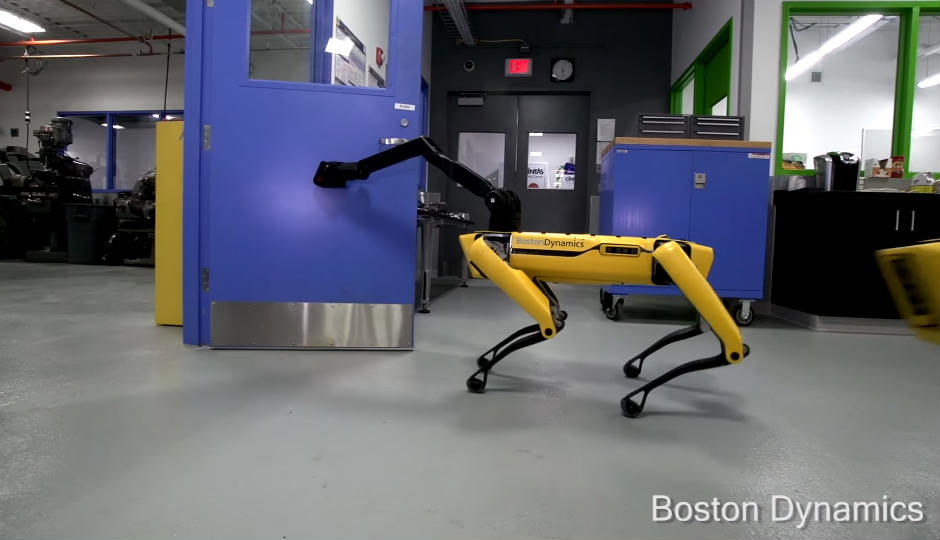 It’s scary, yet exciting and the coolest thing on the internet today. Boston Dynamics, the american robotics company, just uploaded a YouTube video of its SpotMini robotic dog locating and opening a door for its buddy. Yes, the SpotMini actually holds the door open while its buddy, a second SpotMini robo dog exits the room. 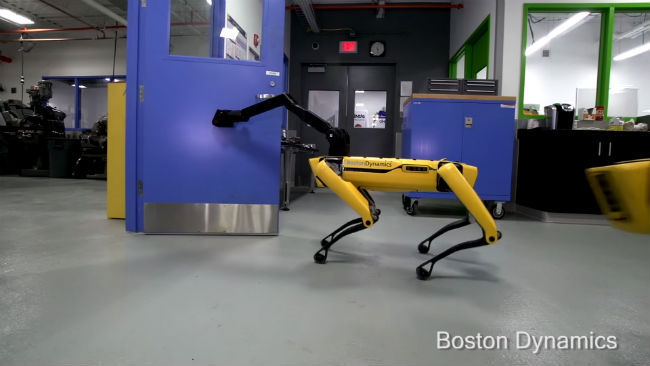 The 30 Kg-heavy robot mutt uses an articulating arm attached to its head to pull the door open. However, the bigger feat is the fact that it has intelligence enough to accurately recognise and locate the door handle in the first place, as well as keep the door open while the other SpotMini exits the room. 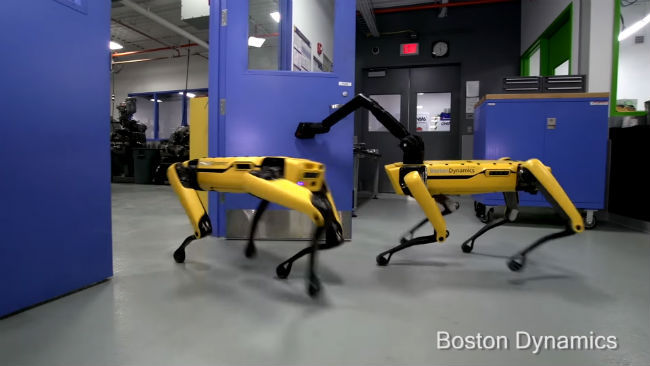 With its latest achievement, the SpotMini doggo adds to its list of abilities which include - handling objects, climbing stairs, and operating in offices, homes and outdoors. SpotMini is an all electric canine and can function for 90 minutes on a full charge, not sure that’s more than what my beagle Milo can achieve, but who’s complaining! It’s definitely quieter than my beagle and uses a suite of sensors to make its way around intelligently (Milo needs to catch up!). The SpotMini's sensors include - stereo cameras, depth cameras, an inertial measurement unit, and position/force sensors in the limbs.

Perhaps all the robotic canine needs now is a friendly tail that could perform some mind-blowing stunts of its own! Watch the full video below.

Realme Pad Mini launched with Unisoc T616 SoC and 6400mAh battery
Apple iMac Pro with Mini-LED display expected to release in June 2022
Instagram is reportedly changing how stories work; check all the details here
The International Semiconductor Consortium aims to set up a $3B manufacturing unit in India
A massive Coca-Cola data breach by Pro-Russian hackers is reportedly under investigation: Here are the details
Advertisements