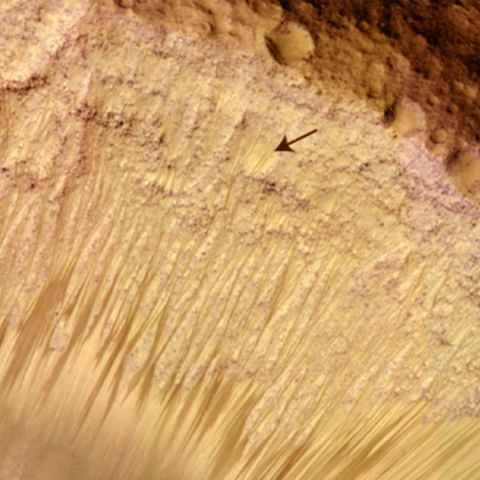 NASA has stumbled across brine strains on the desolate Martian soil, making us folks here on Earth going frenzy with joy. The sheer thought of having an extraterrestrial peer out there is encouragement enough to believe that the future may lie with three-fingered, hook-nosed beings who would share their wisdom with us and help us avoid doomsday. But, is this discovery really worth the craze that has seeped into us?

Looking at the broader picture, it is important enough for us to celebrate - after decades of sending probes examining planetary structures and billions of dollars invested in space research, we have stumbled across considerable presence of water - the elixir of life - on Mars, our nearest neighbour. As we have come to believe, there is life wherever there is water. The water strains on the Martian soil is not a constant flow, it is not even annual - and yet, it is there. Scientists and optimists alike are considering it to be a sign that there might be life that still survives under the oxide-laden crust. Mars might have been Earth’s precursor, and there are a million theories surrounding it. There have been traces found on Martian surface, that has hinted at the existence of oceans, a life-supporting atmosphere, and possibly, a civilisation that may have actually reached doomsday before we let out our first cries.

Despite the ill-fated cryo-sleep and harsh transformations that the apparent Martian life may have gone through, the recent discovery of water trenches have given scientists a plausible way of explaining how life might have survived millions of years of desolate conditions, without any company. The water traces found are very salty, detected first by the Mars Reconnaissance Orbiter. The MRO detected dark streaks on Mars surface, that appear and disappear with seasons. Studies by a Georgia Tech doctoral student, Lujendra Ojha, showed that the wavelength of length absorbed by these streaks relate to deliquescent chemicals, i.e., chemicals that slowly seep moisture from the atmosphere. These are the chemicals that have kept the Martian water from freezing at very low temperatures, and from dissipating into the thin film that forms remnants of the atmosphere of Mars. 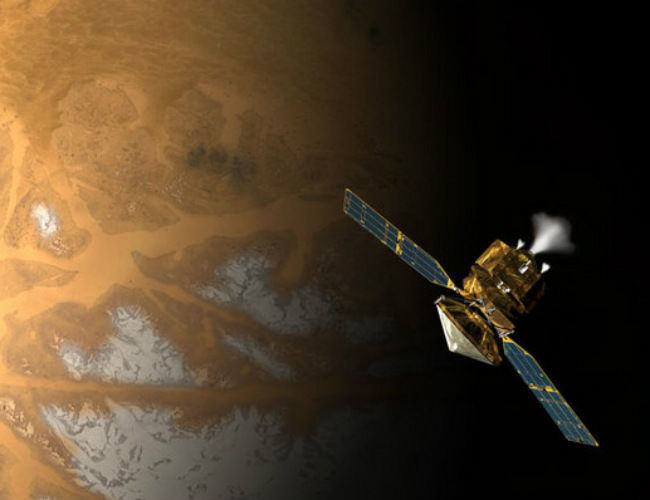 Mars has held signs of life previously, too. Its poles have been known to hold frozen water, along with its atmosphere. Additionally, methane and traces of other chemicals have been found, hinting that Mars had previously held life, or may still be. In any case, going by the present conditions, it is highly improbable for any kind of life form to sustain on Mars apart from microbes that may have somehow adapted to the largely different chemical structure of Martian existence. The latest finding, apart from being a step ahead in terms of astronomical discovery, is a major one. And it is not only because of the seeping water.

The fact that there are multiple traces of possible life still left on Mars raises the possibility that the little red planet might have held life form similar to us, humans, at some point of time in the distant past. The contour may have been different, and solar conditions were almost certainly different, back then. At that point of time, Mars may have held an atmosphere that supported the bloom of intelligent beings who traversed the Martian oceans. But, where did they go?

There can be multiple situations for which life on Mars may have perished. But, what is more important now, is that traces of life may have still survived on subterranean reserves. The discovery of briny water may not be a giant leap for science, but it is a small step that tells us that life, indeed, may exist in different forms in places away from Earth.

We may be miles away from an Interstellar - there are massive difficulties in sending humans on space expedition. Among them, stability of research and sterilising them to keep them from contaminating any extraterrestrial sources of life thereby confusing scientific data are the primary two. On top of that, the burning question of investing more into space expeditions without deriving any direct solution will linger. The Martian discovery gives us hope to continue exploring space, because, human or not, finding traces of life on a different planet that might have once been called home by someone else is a beautiful feeling in itself.