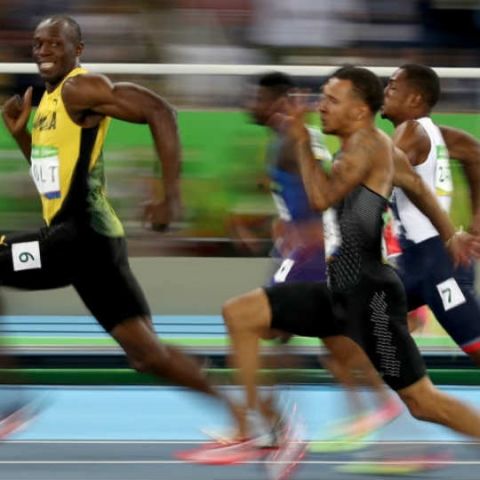 Olympic race timings are measured accurately up to one millionth of a second.

Usain Bolt is the fastest runner in the world. He took 9.81 seconds to clinch the 100m title in the Olympic Games this year. According to the New York Times, Bolts’ reaction time off the starting block is barely 0.155 seconds. As NYT proves it, it takes many of us longer to click a mouse button. But how do you time a man as fast as Usain Bolt? In fact, if you look at the finishing numbers on track and field events, you’ll realise that the difference between first and second is often a mere fraction of a second. That’s something no human can achieve. And they don’t.

All the timing in Olympic races is done by machines, which you probably already guessed. How it’s done, though, is exceedingly interesting.

We begin with the gun…

Every Olympic race begins with a starting gun. In 2010, Omega, the official time keeper for the Olympics turned this into an electronic device. It still looks like a gun, but it’s more of a Alien's Blaster from Halo than a revolver now. 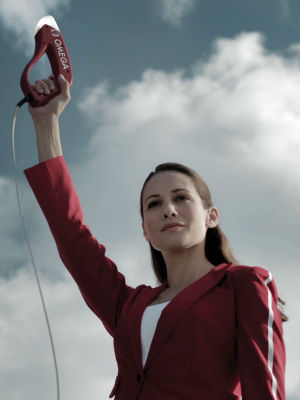 This gun is connected to speakers, which are equidistant from each runner on the starting block. You see, the sound from a single speaker would ideally reach the runner closest to it a fraction of a second early. Hence, he/she would have an advantage of that fraction of a second. Omega’s system eliminates this issue. The gun is also connected to the overall timing system, to note the exact moment when a race began.

In 1932, Omega could measure a racer’s time accurately upto 1/10th of a second. Today that stands at one millionth of a second, which is much faster than even the blink of an eye. This is done using a combination of equipment.

In school, our teachers used to stand at two ends of the finish line, with a ribbon stretched across it. In the Olympics, this ribbon’s job is accomplished by a laser, which is invisible to the naked eye, but stretches across the finish line. The racer is received on one end by what is called, an electronic eye. This is a light sensor that tracks a break in the laser’s path.

When a racer passes the finish line, the signal to the sensor breaks, and the time is recorded. You would think this particular recording can be done by a human sitting behind a spreadsheet right? You’re wrong. The electronic eye sends a signal straight to a computer, which records the time automatically, further reducing the margin for error.

All of this is supplemented by Omega’s Scan’O’Vision Myria camera. This camera can record 10,000 frames per second (the original Scan'O'Vision could take 2000 frames per second), and its job is to do what any camera does, take photos, but with a catch. 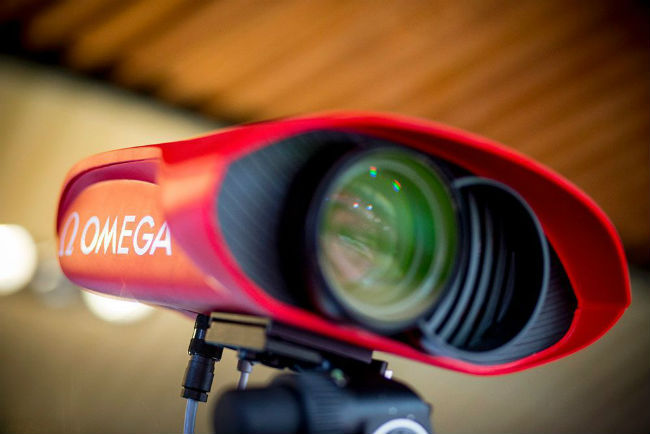 If you look close, you’ll realise that professional runner’s push their torso outwards when finishing the race. This is done to shave off a fraction of a second from their race times. The torso breaks the laser’s signal a second before their legs pass the finish line. The Scan O Vision camera records this movement of the torso and takes a picture at the precise moment when someone like Usain Bolt pushes their torso forward. It records the precise moment when this was done and sends it to the timing console, which then sends the data to the judges console and to the scoreboard.

The Scan O Vision camera also sends the image it took to another computer. It sends multiple images of runners crossing the finish line, which are then stitched by this computer to form a single image. The final image is ready to be broadcasted within 15 seconds.

How is a false start tracked?

A false start is determined in the Olympics through the starting blocks. Sensors are built into the starting blocks, which track when a runner leapt off of them. So, when the gun is fired, and the time starts, these sensors tell the judges who took how long to react. According to the IAAF, a reaction less than 0.1 seconds after the gun is fired is a false start. Bolt reacts in 0.155 seconds. 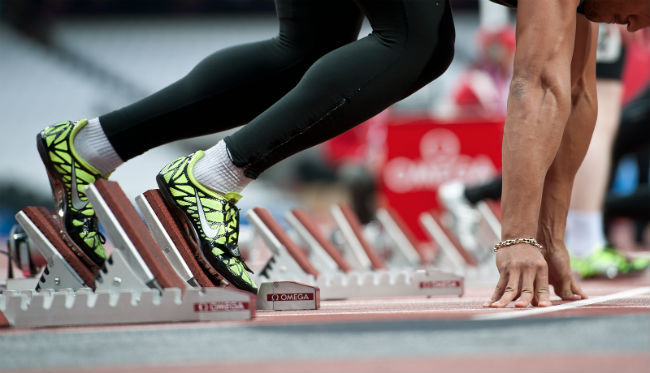 All of the above is meant for sprints and is used even in some other events. For longer races, like marathons, each runner’s shoes are fitted with RFID transponders. This is because marathons have many more runners than regular races. As a result, different runners pass the starting line at different times. The RFID transponders send a signal to signify when the runner has actually passed the finish line, and that’s when their time starts.

This is also why marathons start on a mat like surface before runners go out on an open road. This mat has copper wires inside, which act as an antenna for the RFID transponders. The transponders at the Olympics are provided by Texas Instruments, and each runner has their own unique frequency.