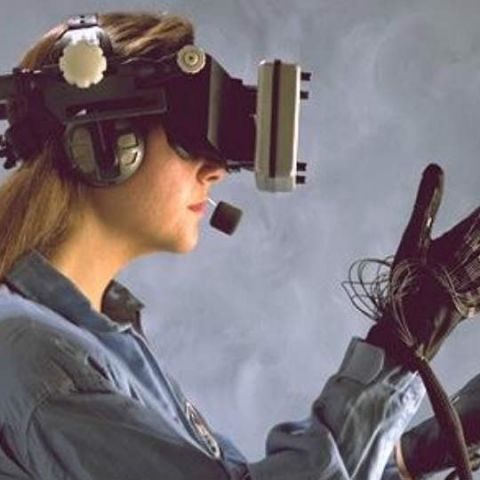 Remember the familiar sight of a person walking with a bulky old stereo system literally stuck to to their ears? Or when as children we were scolded for being stuck to the idiot box, paralysed in awe of our favourite cartoons and magical robot children (Small Wonder fans would know)? Those of you looking for a more current example, remember that time your dinner date was buried in his/her smartphone, leaving you no option but to Instagram food pictures for entertainment?

The keywords to take home here are - ‘stuck’, ‘buried’ and of course - ‘entertainment.’

For time immemorial, human beings have succumbed themselves to countless health problems thanks to their constant need for entertainment. Early man would draw on rocks for visual entertainment and expression, kings and queens would court jesters and performers to keep themselves in high spirits.

With time, came the age of the devices. Radios and television sets had parents and teachers worried worldover. Finally, came the internet and the rest, as they say, is history.

Technology has us hooked, cooked and booked. So much so that this need for entertainment, or rather the need to escape into the virtual world, has now become our nemesis. But, is technology to blame solely and entirely?

Dr Neha Patel is a Clinical Psychologist from Mumbai who has years of experience in handling patients suffering from Internet/device addiction problems. For her, technology is not the evil in this situation, but it surely cannot be ruled out as an accelerator of the problem. “What happens generally is that there are other factors that lead to the addiction. It is because people are trying to escape from something else sometimes, or if they are really bogged down by some other issues. It could be education related, relationship related or anything else,” says Patel.

She continues to explain, “Because of so many devices available and also because someone else has it and you want to have it, so many apps available, the human connect has gone down. We don’t even wish people on a one-on-one basis. It’s either a message or a Facebook post. Multiple devices have obviously added on to such problems. But, what I always say is that let’s not blame the device, it’s about how you are using them. It’s amazing how many devices are available right now. Earlier, if a person had depression, the issues that would come up because of it were different. Now, the addiction is different. Technology is easily available and gets caught in the crossfire.” 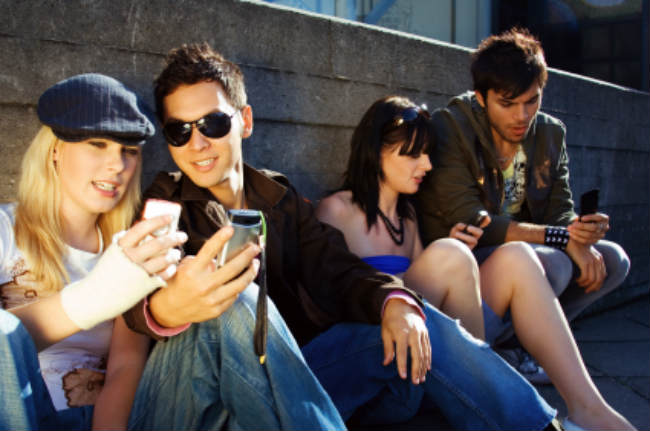 Internet addiction disorder or IAD is a term that’s been around for a while now. IAD refers to excessive internet usage, but broadly and in light of the exponential growth of devices, a new term is emerging in the industry. That term is - Digital Dementia. The term was first coined by German neuroscientist Manfred Spitzer in his book with the same name. The book describes how overuse of technology can severely hamper cognitive abilities. Just to put things in perspective, such a breakdown of cognitive abilities also occurs when a person suffers from head injuries or psychiatric illnesses.

Dr Patel asks, “Do you remember phone numbers like you used to before?” Put across to anybody, this question would gather a resounding no. Unless one is blessed with a photographic memory, in today’s day and age, no one really dials from memory. This is just one example of the loss in human cognitive abilities over extended periods of using technology. Patel continues to explain how this phenomenon occurs in our brains, “Our brain makes pathways, neural pathways. It’s like how a dirt pathway just comes about. Now, those are not happening anymore. Our memory is getting affected majorly.”

The truth about how one’s own cognitive abilities take a hit is an extremely uncomfortable realisation. Experts like Dr. Patel believe that the root cause of Internet disorders or overuse of devices is buried deep in a person’s psychology, one that is beyond devices, the internet or technology. Mental health history, living environment, personality traits and even the knowledge of the addiction are enough to further the overuse of technology.

A study concluded by the University of Maryland found out that ‘addiction to technology’ is similar to ‘addiction to drugs’. The research paper was titled ‘The World unplugged’, in which a very clear majority of over 1000 students from 10 countries were unable to quit their devices voluntarily, even for a single day.  Students also admitted to feelings of anxiety and depression when forced to give up their media and technology.

Another study conducted by the Indian Council for Medical Research also found that from the 2,750 participants they studied, there was an “alarming” rate of dependence on technology.

Many other studies like these, coupled with the constant growth of smartphones, tablets and other devices, is what has now given rise to dedicated de-addiction centers. David McNamee of Medical News Today describes them as “Gold Star internet de-addiction centers and treatment programs.”

ReStart Life is one such luxury digital de-addiction center based in Redmond, Washington. ReStart Life deals with people who may be addicted to the internet, video games, social media and virtual reality. VR being the most recent addition to their list of digital addictions, even though the population of VR users is still extremely limited. While ReStart Life may be a high-flying retreat for those digital addicts who can afford it, most such de-addiction programmes limit themselves to internet and gaming addiction treatments. In fact, as per Dr Patel, internet porn and gaming are the two most common addictions that exist in our digital lives today.

With all these internet/device addiction programmes cropping up, a common question that arises is - How is digital addiction diagnosed?

Well, because of the lack of research and understanding on the subject, there is no standard way to recognise digital dependency patterns in people, but, Dr. Kimberly Young, a professor at St. Bonaventure University and director of the Center for Internet Addiction Recovery developed an Internet Addiction Test (IAT) to assess symptoms of Internet addiction and compulsive behaviour in adults.

IAT was developed back in 1998 and since then has received a number of updates to keep it current. The purpose of IAT is to measures the severity of online addiction, self reported by users. The test was developed by adapting to the existing criteria for pathological gambling in the Diagnostic and Statistical Manual of Mental Disorders.

You can take the Internet Addiction Test Here.

While an addiction to technology may be difficult to admit, especially when treatment for this niche disorder can cost a bomb and upwards, there are many real life examples of people losing their minds and bodies to the overuse of tech. Last year, a 32 year old Taiwanese man was found dead in a gaming cafe after 3 days of binge gaming. The man had suffered a cardiac arrest while playing, although the real reason for him to be at the gaming parlour for 3 days was the fact that he was unemployed for a while and could have been suffering from depression.

Way before in 2005, a Korean man had also lost his life after 50 hours of continuously playing battle simulation game Starcraft.

Selfies, the newest digital addiction, took all of 27 lives in 2015. Most of them were people from India. The Mumbai police has even recognised 15 “no selfie zones” in the city after several such accidents occurred there.

If these examples aren’t enough to convince you of the severity of the problem, you will soon be able to see a real-life story of 2 normal teenagers who turned murderers, because of a warped idea from the internet. Directed by Irene Taylor Brodsky, the HBO documentary titled ‘Beware the Slenderman’ traces the lives of two teenagers, Anissa Weier and Morgan Geyser, who stabbed and murdered their friend, in hopes of finding the mystical castle of Slenderman, a character from the internet who apparently “told them to do it.” Can you feel the goosebumps yet?

Now, these are a just handful of the many disturbing examples of how the internet, devices and technology shape our minds and our lives in the digital age. Such instances also beg a very important question - Are we a growing generation of technology addicts? The signs are all there, it’s just a matter of time before we wake up, step outside our virtual worlds and smell the coffee!