Techfest 2015 at IIT Bombay: The Highlights 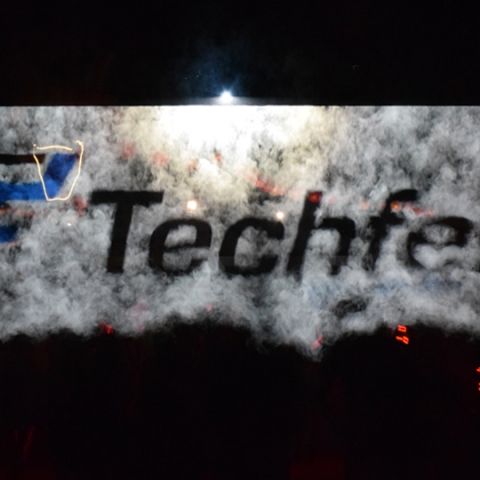 Yet another successful Techfest was held at the IIT Bombay campus this year. The event expected more visitors in this edition, with 1,35,000 visitors recorded in the last edition. There were many lectures scheduled including speakers like Bjarne Stroustrup, who invented the C++ programming language, Dr. Vint Cerf, who co-founded the Internet, R. A. Mashelkar, who was the former Director General of the Council of Scientific and Industrial Research, Javed Akhtar and panel discussions by CERN scientists and the ROAR initiative.

If you’re a nerd, then you definitely want to or have already attended the Techfest because of the mind-blowing innovations showcased all over the campus. From underwater bots to flying drones, you will probably come across the best inventions that the country has to offer, once every year in this festival.

All good things come at a price, and at the Techfest, it was walking the long distances between the different venues, owing to the 550-acre campus of IIT-B. But the exhibits and interesting lectures, that were displayed and scheduled respectively, for the day, kept me elated and sometimes even made me sprint. 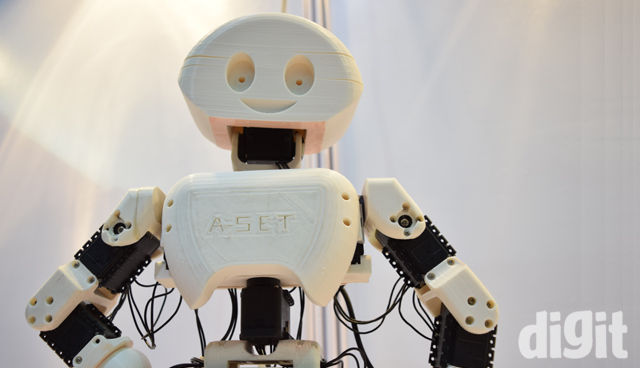 Manav, a 3D printed humanoid robot made in India

The Techfest saw attendees from all age groups. Parents happily brought their kids along, hopefully to inspire them into technology, but probably because they want their kids to get into an IIT. It was really nice seeing the kids getting astounded by simple tasks like robots moving around using remote control. There were queues everywhere, especially for the lectures, and interested students waited almost an hour just to get to the front seats. If you really want to be aware of the tech-scene currently in India, then you should definitely visit Techfest. 3D-printing was clearly the rage this year, since most of the bots and projects had 3D-printed components and we also got to see a new design for a 3D printer made at the MIT Media Labs, India. There were students and tinkerers coming in from various parts of the country, displaying their crazy ideas coming to life. The exhibits had all the too-good-to-be-true projects including Manav, that claims to be India’s first 3D printed humanoid robot, made by A-SET. We saw InMoov, which was again a 3D printed robot but this one was an open source life size humanoid robot. Other projects like the Bionico Hand, a prosthetic arm for amputees, Beach Bot, an autonomous sand drawing robot, and Sepios, which is the world’s only four-finned cuttlefished robot, were also very impressive. I also came across a couple of artillery guns of the Indian Army and Navy that were in working condition (although, obviously, they weren't fired), and a 20 feet model of the retired INS Vikranth was on display (along with the actual steering wheel). 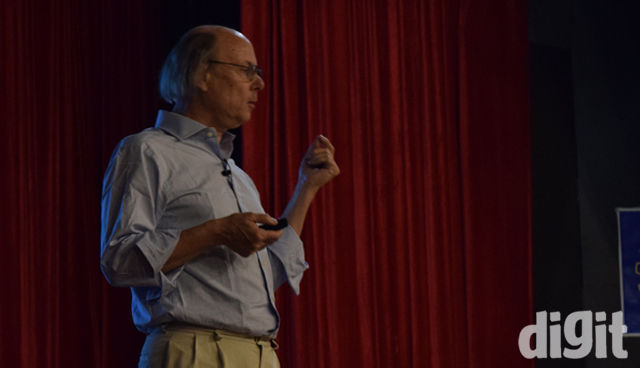 Bjarne Stroustrup, inventor of C++, giving a lecture on ISO

With so many amazing lectures scheduled, it was slightly difficult to cover all of them, but we managed to drop by most of them. The day started off with a panel discussion by members from CERN, who talked about how they are trying to simulate the Big Bang and looking for answers to how does matter behave in extreme conditions of temperature. Sadhana Das, a faculty in the Physics department at IIT Bombay, shed light on how India is contributing to this research, mentioning that certain sub-systems in the Large Hadron Collider have been manufactured right here in India. The panel discussion was simultaneously going on with a lecture by Bjarne Stroustrup, where I managed to reach the auditorium just in time. He talked vastly on the different standards (SI Units) used in C++, catering to the needs of scientists and physicists. After Bjarne’s lecture, we headed out to the campus, basically killing time until the next lecture, coming across zones which had Go-karting, Laser Tag, Paintball, Body Zorbing and others. And the moment most of the attendees of day 2 were waiting for had arrived, and we entered the convocation hall for Dr. Vint Cerf’s lecture. It was surreal, looking at the person and hearing him speak, who along with Bob Kahn, gave us the Internet. Vint talked about the Internet of Things, and how these devices would be changing our lives in the coming future, and also motivated the students to build technology that would benefit mankind. 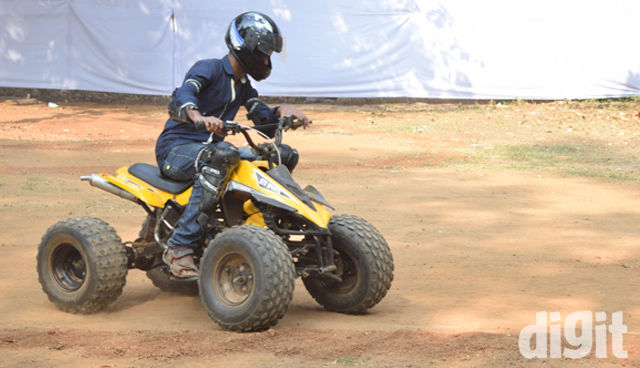 To seal off the day, Technoholix brought technology and entertainment together, giving us a wonderful display of talent and skill. It included Inner Peace, which was a live music 3D mapping performance by Flow Motion Dance Company from Austria. We also got to see TRONi, a performance by artists from the Czech Republic involving stunts on powerisers, that completely left the entire audience awestruck.The members of the popular entertainment youth channel TVF also gave the audience quite a laugh with funny jokes on the college life of engineers. 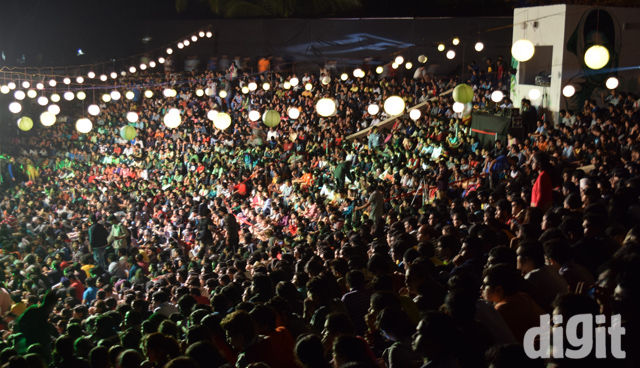 A huge audience turned up for the Technoholix performances

I really had a great time at the event and so did most of the participants who had happy faces when they were leaving the campus. The festival was able to show the potential of the technology that can be developed here, promising a bright future of the country. An electronic waste campaign in the campus saw many amazing artwork and portraits of famous personalities made from damaged electronic products. The hardwork and perseverance of the student organisers in handling so many attendees and putting up such a great event was truly commendable. 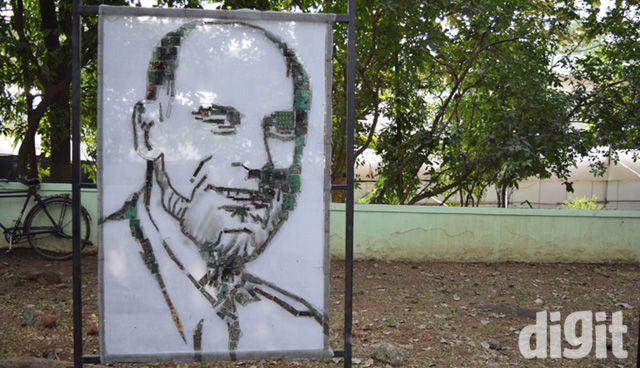 A portrait of Dr. Vint Cerf, made entirely out of electronic waste

Did you also attend the Techfest 2015? What did you think about it?

Qualcomm Snapdragon 778G to support 144Hz display: Key details listed ahead of the official launch
Mr Tasleem Arif of OPPO talks about customer needs and vision being the perfect blend for the future of tech
Realme Pad design and display teased ahead of September 9 launch in India
6 key benefits of Intel® Technology in the cloud
Nvidia used a CG version of CEO Jensen Huang for a part of April's GTC keynote presentation
Advertisements