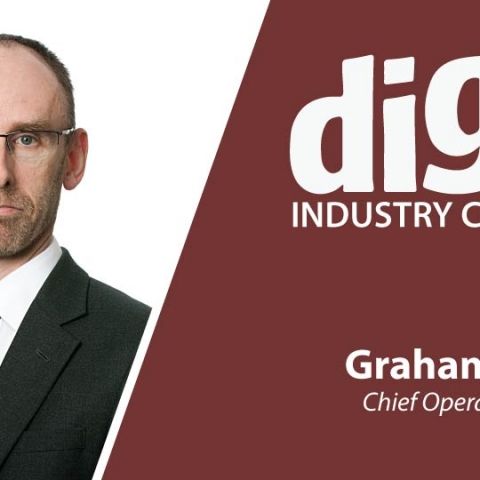 Championing the cause of RISC-like no other, ARM’s finding itself at the centre of almost all emerging hardware technology trends of the 21st century. We caught up with Graham Budd, Chief Operating Officer, ARM, to get a sense of what’s keeping them busy. Excerpts from our interview:

Digit: ARM only offers processor design and not necessarily the SoC as a complete platform. Why?

Graham: Actually, ARM also provides interconnect in specific system IP components and other types of IP that we create will help SoC designers to put these chips together more quickly and efficiently in a physical IP. The cell libraries for any SoC design are also shared so that a company doesn’t have to reinvent the wheel. This is one of the strengths I think of ARM’s business model because we are enabling many different companies to make their own systems on chip using our IPs in their own different ways. So there is lot of healthy competition in the market that supports innovation and it’s definitely one of the strong factors that has helped in contributing towards the amazing innovation that we saw over the last few years, for example in the smartphone or tablet market.

Digit: A lot of companies, including yours, are trying to tackle the power efficiency problem at the hardware level at the CPU design stage. Does ARM also look at the power problem from another perspective, like, thinking beyond Lithium-ion or Lithium-polymer batteries at a chemical level?

Graham: So we think about power from a whole system of perspective even though we are not providing all the components of the system. So taking into account the workloads that are going to be running in the real system, we are constantly trying to maximize power efficiency and design the processor in such a way that obviously the internals of the processor itself are optimised in an efficient way, so that transactions going out into memory for example also are optimised in an efficient way. So we see it as very much being a system challenge and again for ARM power efficiency has been in the DNA of this company since the very start when ARM was founded 25 years ago. And it has always been at it from a system context but also its about, this is about where the scalability of the architecture is so important because having that broad range of different power-performance processors enables us with the same architecture at 1 extreme with very tiny power sipping cortex M0 designed and enabled endpoint IoTs that could run on tiny Lithium-ion battery for years to efficient data center server that is obviously consuming more power than the M0 but is still optimised for the type of workloads that are being run in that data center.

And it’s that scalability across breadth that really helps as well. So powers means three things for me – 1) it’s  inherent power efficiency of the design which we are always concerned about, 2) the power efficiency of the system and then 3) the scalability of the architecture that enables people to built efficient systems with bight side compute engines for the task in hand to best power to best balance and performance.

Digit: IOT, connected cars, how’s ARM at the centre of all these innovative tech trends?

Graham: The connected car space is a very exciting area for ARM and we are seeing a very rapid growth in advanced technology being built into vehicles particularly with driver assistance. Actually this is where the car and the IoT stopped to come together because the ADAS is going to require communication between vehicle and senses in the road between vehicle to vehicle communication. As we look towards the self-driving between autonomous vehicles you got Google and other companies already experimenting kind of technology. So ARM today is used all over the vehicle in applications where Cortex M class processors are embedded into many of the electronics systems that control aspects of chassis, braking or airbags, etc. I think what is more exciting in the car is the developments of this new ADAS systems we have been working on building features into our processors to make it easier for silicon suppliers to car manufacturers to build robust safety features into their products into the cars as they get more and more connected to manage all of that complexity.

So this is an exciting growth area for us, but as mentioned earlier it is relatively slow burn. The products that we licensing to companies today is going to take quite a while before these are road ready. The automotive industry is being disrupted by EV Technology from companies like Tesla for example are bringing down the innovation time in the industry quite rapidly and is going through quite a bit of shake up and transmission at the moment and there are exciting opportunities for many companies involved in technology electronics in the car.

Digit: Security is a big thing that is still not addressed for the IoT space to evolve at a pace we would all like. What are your thoughts?

Graham: So we think the IoT is going to be an explosive growth market and an important market for ARM and for our partners too. By 2020 we are expecting the total number of IoT devices shipped into smart cities for example 1.8bn, smart home 1.6 bn, 0.6bn into industrial application and 1.1bn of other for IoT devices and you got things like medical devices. i mean there is just a huge number of different applications that we expect to come stream with exciting growth opportunities. As you say there are a few challenges that the industry needs to solve, one of the big ones being security. Actually one of the things we have doing with the mBed platform that we talked about in the beginning is to try and make it easier for developers to build is to have the security building block they need in order to be able to built a secure system and endpoint that can interact in a secure way with applications and services in the cloud as easily as possible. I think one of the challenges the IT market has is there's many companies, many individual entrepreneurial people all who may have the idea maybe for IT application would love to do that.

But solving the problems around security is far too complex for most of those people to be able to do. So one of the things that we are trying to do is to build a security into the platform at the hardware level as it is the key part that we are able to trust as building through the different layers of the software stack to enable secure transactions, to secure provisioning of data onto an end point device you know whatever the application and to do that in a way that doesn’t require a black belt in security by the developer. So that's the big part of what we are trying to do with the mBed platform. And if you think about an area like medical devices then it starts getting really interesting with security because there is severe issues around protection of your own personal data and it’s just not an issue of security and it’s also an issue of identity. So if I had some kind of medical sensor attached to me and that’s communicating information back to my doctor, I want to be sure it’s really back to my doctor and not some 3rd person.

SIIC at IIT-Kanpur is partnering with MSMEs to boost manufacturing of oxygen concentrators with Mission Bharat O2
Madhav Sheth of Realme India gives his insights on what technology could look like in the next 20 years
Microsoft is developing its own ARM chips to power Surface devices and Data Centers
Plea filed in Delhi High Court after Twitter fails to comply with new rules
Truecaller expands COVID-19 healthcare directory, partners with MapMyIndia and FactChecker
Advertisements