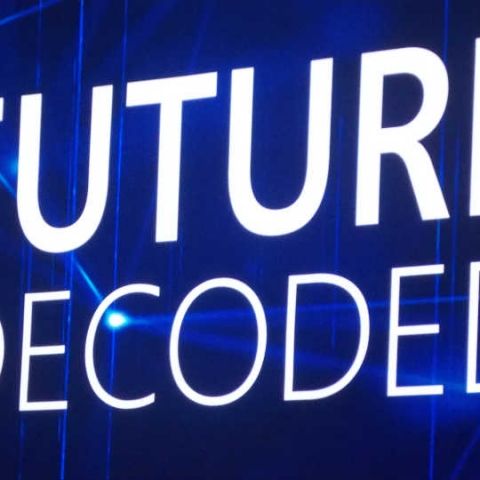 Microsoft announced Skype Lite, a new communication tool designed specifically for India, alongside other projects at the company's Future Decoded conference in Mumbai. The new Skype Lite is aimed to attract new users who use lower-end Android devices and experience internet on 2G or 3G networks. A recent Gartner report revealed that Microsoft’s Windows Phone market share had dropped to under 0.5 percent and the company is clearly steering towards non-consumer platforms. At Future Decoded, Microsoft announced new products and services that drive the focus to company’s cloud and recently acquired LinkedIn professional networking platform.

Under CEO Nadella, Microsoft has transformed itself from a product company to a service-based organisation. It now conceives every other product as a service, with Azure Cloud, Windows and Office 365 being the most prominent of the lot. At the keynote, Nadella announced new cloud partnership with State Bank of India, in addition to prior tie-ups with Flipkart and Tata Motors. 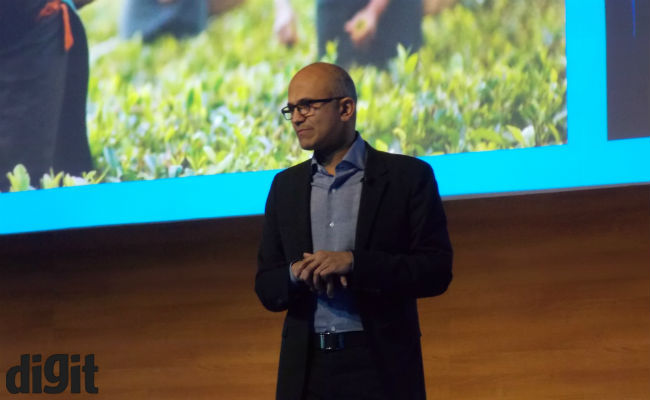 Here is a look at the top announcements from Microsoft's Future Decoded Event:

With Skype Lite, Microsoft is literally taking on the likes of WhatsApp and Facebook Messenger. Skype Lite is a new, lightweight app aimed at low or mid-range Android smartphone users. The app offers a full suite of features and supports seven Indian languages. Only available for Android users in India, Skype Lite will also integrate Aadhaar for digital verification, commencing in June 2017. However, Skype Lite seems too late and too little against the dominant WhatsApp messaging app. Read more about Skype Lite here. 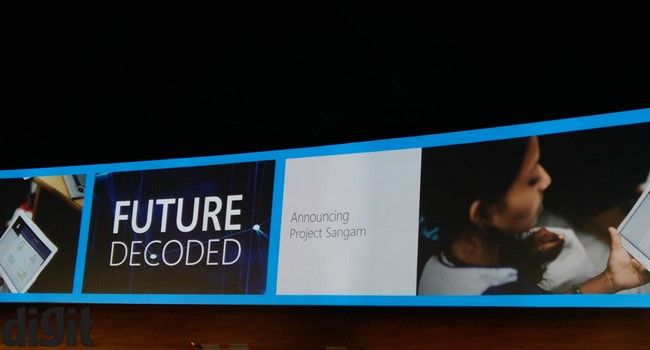 Microsoft CEO Satya Nadella says 'Digital Transformation' will become a reality only when Indians get skilled, and with Project Sangam, the company is creating a life-long skill training platform. Project Sangam leverages Azure Cloud and LinkedIn for making skills learning possible from anywhere. The service enrolls users with the help of Aadhaar and then connects them to domains of interest like retail or FMCG. The user can then learn skills of his/her choice, and even download courses for offline viewing. The cloud-based service taps into LinkedIn's job search platform for helping Project Sangam find and apply for new jobs.

With the Government's push towards Digital India and enabling Make in India, Project Sangam aims to bridge the skill gap in the country. The service will be pilot tested in Andhra Pradesh first before being made available on a larger scale for more users. Kaizala is a Microsoft Garage product that combines instant messaging, a collaboration portal and a ‘productivity enhancer’. The app is a collaboration tool that aims to democratise seamless communication between desktop and mobile users.

The Andhra Pradesh government plans to enable Kaizala for most of its departments in the next few months. Chandrababu Naidu’s government has already tested the service internally for real-time data management and quicker decision-making. Speaking at Future Decoded, he stressed on how Kaizala may help the government achieve its sustainable development goals. Naidu also showcased a new command control centre, showing the hypernetwork of the state in a single centre. 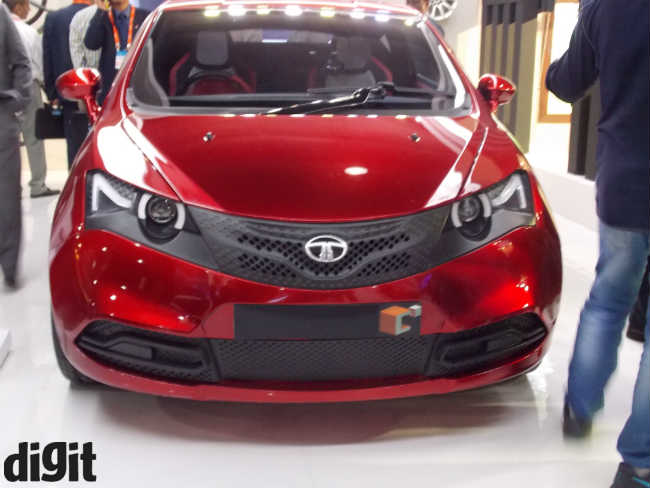 Microsoft may have lost in the mobile war but it certainly doesn't want to lose the connected mobility platform. At CES 2017, Microsoft announced its plans to bring Cortana-based Connected Car Platform to vehicles in collaboration with Nissan. The software giant has now partnered up with Tata Motors for bringing its connected vehicle technology to the Indian roads, and we’ll see a glimpse of it at the Geneva Motor Show next month.

Microsoft's Connected Car Platform is a cloud-based solution built on top of the Cortana Intelligence Suite, an advanced machine learning and artificial intelligence platform. While Android Auto and Apple CarPlay primarily mirror the mobile interface to a car's dashboard, the connected vehicle platform can be directly embedded into any vehicle's dashboard, removing the need to connect phones to infotainment consoles. The Connected Car Platform works only with voice input and Cortana as the personal assistant.

Since the introduction of Tesla Model S in 2012, the automobile industry has collectively moved towards connected vehicle platforms. While most carmakers are opting for their own in-house solutions, Microsoft’s Connected Car Platform is vying to be a readily available platform for most manufacturers. With Nissan and Tata Motors under the belt, Microsoft may not disrupt the industry already, but it won't be sidelined either. 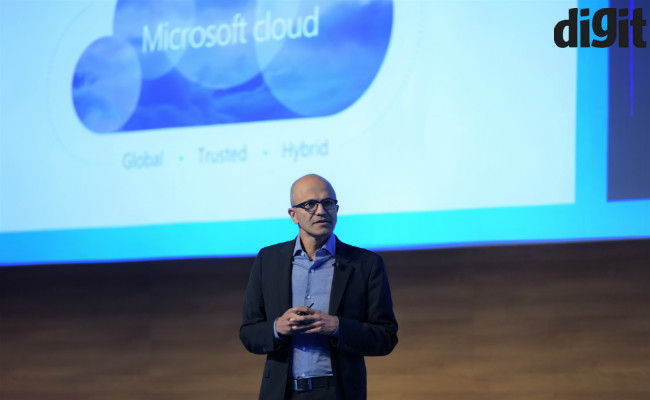 Since Nadella took over as Microsoft's third CEO, the company has been pushing cloud services as its main growth driver. The company already has 100 global data centers, with three of them located right here in India. The announcement made today shows Microsoft’s footprint expansion in Indian businesses. The company’s India-born CEO also announced that it will use White Space for delivering low-cost internet to remote locations.

At Future Decoded, Microsoft has made it clear that it is leaving behind its failure in the mobile space by pushing into AI, machine learning and cloud-based solutions. With Indian enterprises and governments adopting Microsoft cloud services, Satya Nadella's bets may pay off in the near future.

Amazon Great Indian Festival sale 2021: Gaming deals you should check out
We talk to Akshay Ahuja from Amazon India on the eCommerce giants impressive growth in the consumer electronics space and the big bets for the future
Mr Tasleem Arif of OPPO talks about customer needs and vision being the perfect blend for the future of tech
WhatsApp Desktop app: How to download WhatsApp app beta
Nvidia used a CG version of CEO Jensen Huang for a part of April's GTC keynote presentation
Advertisements