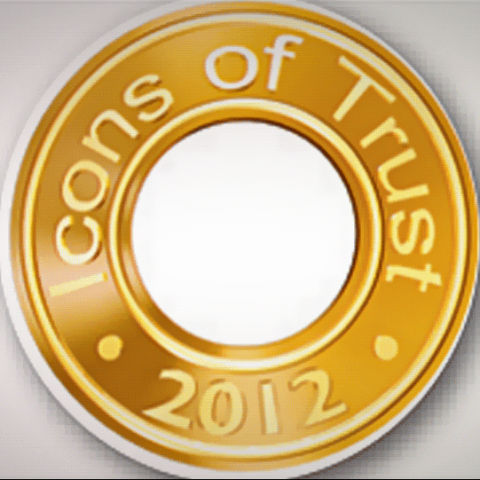 The PMP or Portable Media Player now seems like an anachronism in today’s day and age where the Smartphone is pretty much the do-it-all device to carry around. It plays music and almost all of them come with a 3.5 mm jack. Still, there are those niche consumers who want hours of listening and dedicated storage to fulfil their music needs on long commutes. Then there are Audiophiles who demand quality and take their audio gear way too seriously. They don’t make up the numbers though and are few and far in between. These and other users still do manage to drive up sales for this dying category enough to keep it afloat. And may continue to do so for a little longer.
This year didn’t see too many new releases in this category. Sony and Cowon tried to keep connoisseurs happy and as did Apple. In any case let’s get down to the results of our Icons of Trust survey. For the past three years, the Sony and Apple have been playing a game of cat and mouse for the top slot. In the Icons of Trust survey from three years ago Sony was at the top with Apple in the second spot but trailing behind by a significant margin. The next year Apple clambered to the top but with Sony close behind. Last year Sony crept ahead to the top but with Apple only one percentage point behind. This year however Apple cast a definitive blow and was voted as the most trusted brand with a score of 84.12 followed by Sony with 72.16. Philips came in far behind at 54.27. 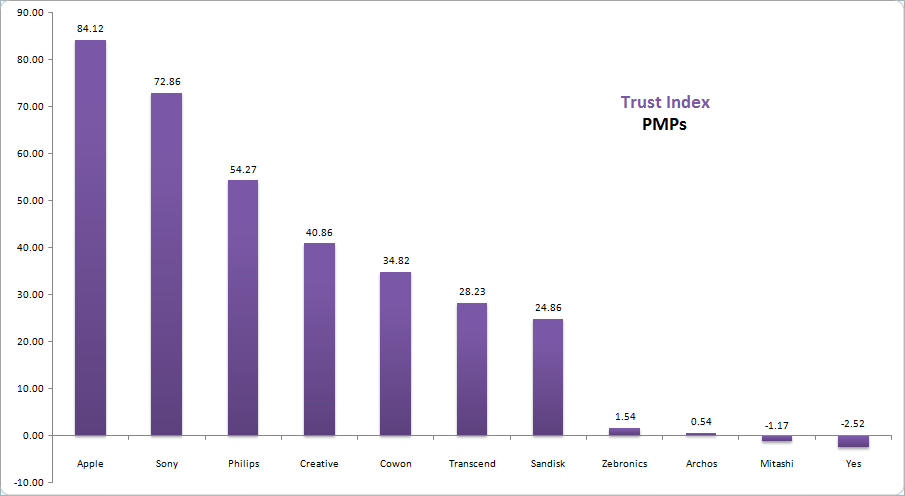