How to keep yourself safe from ATM frauds 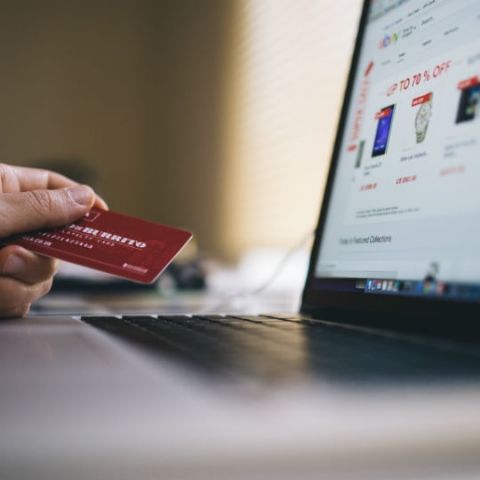 3.2 million debit cards in India have been compromised because of a POS fraud. Here's how to be safe.

In one of the biggest ever breaches of financial data, about 3.2 million debit cards have been compromised in India. 2.6 million of these cards were reportedly on the VISA and MasterCard platforms, while the other 600,000 were on the RuPay platform. State Bank of India, ICICI Bank, HDFC Bank, Yes Bank and Axis Bank are amongst the worst hit from the breach.

So, this particular breach happened from a malware at point of sale (POS) systems provided by Hitachi Payment Services. Now, that gives you an idea of how your money may be stolen. However, ATM frauds can happen in more ways than one, and it’s important to be aware of them, so as to protect yourself from them.

Phishing scams are common, and perhaps the ones you’re already aware of. In these scams, attackers use authentic looking emails that aim to get your personal information. The scamsters purport that they’re from some bank or company, and ask for your personal details.

Phishing scams, though, are quite easy to spot nowadays. Remember, never give out any personal information on emails, or on the telephone. Especially, information related to your bank accounts, email accounts and anything else that can lead to data loss.

When you find a phishing mail, report it to the email service providers, so as to block it for others as well. Most of these emails are easy to spot. They come in the form of awards you’ve won from competitions you didn’t take part in, cheques cleared when you haven’t issued any, and so on. Being aware and vigilant of these emails is enough to avoid them.

In order to steal ATM pin codes, scamsters can attach certain devices to ATM machines, which give them the PINs and other data of ATM cards being entered on those machines. According to eScan Research, the scope of these scams are usually limited to one machine, or a cluster of machines in a particular area.

ATM skimmers can be placed in the keypad, the slot where you insert the card, and even near the speakers. They’re quite hard to spot, but these devices usually have small aberrations that you can spot. It pays to be a little paranoid in the matter of money.

For example, ATM machines are solidly built, so a wiggling slot on the machine could mean it has been tampered with. Some say wiggling your card when you enter it is a good idea, because skimmers need the card to be straight for them to read the magnetic strip. Always look for the slightest aberrations, especially in ATMs that are placed in sparsely populated locations.

Preventing yourself from being hacked is not easy, but some steps can be taken. For example, do not click on a link that you’re not absolutely sure about. That offer your friend sent you on Facebook Messenger isn’t as attractive as you think it is. Downloading a song from torrents? Well, make sure the site is trustworthy and others have actually downloaded the same song. The more vigilant you are, the better you’ll be.

This one’s actually not under your control. A hacked point of sale system makes everyone using it vulnerable. This is, in fact, what happened in the current debacle.

Nevertheless, you can still gain some protection by not using your cards at unknown institutions. If you ever call Citibank about transactions in China, the bank warns its customers to not use the card in China, since it’s a high risk area. That’s exactly what you need to avoid.

Use your cards in reputed institutions only, like big hotels, well known supermarkets, established restaurants, etc. These institutions can be expected to be secure, although they can be vulnerable too. Whenever you don’t trust an institution, use cash instead.

Change your PIN as much as possible

Changing your PIN as much as possible makes it difficult for others to get it. That, and not giving your PIN to ANYONE, makes you more secure.

The best protection against such frauds is keeping your eyes and ears open. You may feel like you’re being paranoid, but if that protects your money, then it’s worth it. It’s wise to cover the keyboard when entering your PIN, even when the ATM is empty. It’s wise to look around before making a transaction, and so on.