Here's a robotic exoskeleton designed to save lives 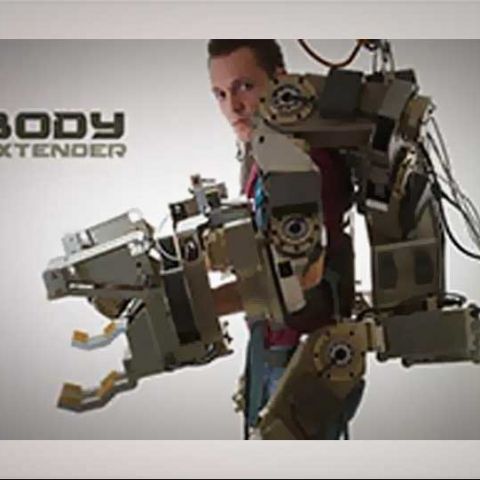 Italian engineers have created an exoskeleton called "The Body Extender" which can be strapped on humans. The exoskeleton has been designed to protect and carry humans and has been created by the Perceptual Robotics Laboratory (Percro) based in Pisa.

Project head, Fabio Salsedo says that the Body Extender could be very helpful to humans. He says that it can be used in aftermaths of large-scale disasters to save human lives and describes the Body Extender as the "most complex wearable robot" that has ever been created. It has an ability to magnify human force by 10 times more than average humans and also has an ability to record the intricate movement of humans.

A person sitting inside the exoskeleton will be able to lift 110 lbs (or 50Kg) with each of its hands. This gives the human an ability to pick up and throw heavy items farther than a human being. 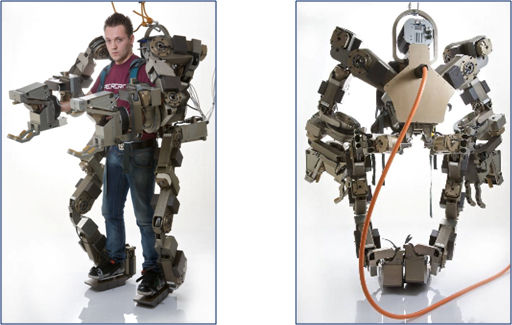 The Body Extender is built of modular components and can be customized for each application that it is needed for. Suspended by ropes from a metal frame, the device has its own arms and legs.

Salsedo says, "There are several possible applications. For example if you have to assemble a very complex product like an aircraft, this is a machine which is very flexible. You can lift the panel, rotate it and position it in the right position. Another application is the rescue of victims in case of an earthquake. You need something very flexible in order to intervene rapidly without damaging the victim."

Watch the exoskeleton at work in the video below:

Intel announces a biometric authentication system for ATMs and more called RealSenseID
Lucideus Launches SAFE Me, Redefines the Way Consumers Secure and Protect Their Digital Lives
How to watch Chelsea vs Manchester United Premier League 2020-21 match online
IT Rules 2021 and the need to regulate social media platforms: What it means for you
Here’s what will happen to your WhatsApp account if you don’t accept its new privacy policy
Advertisements