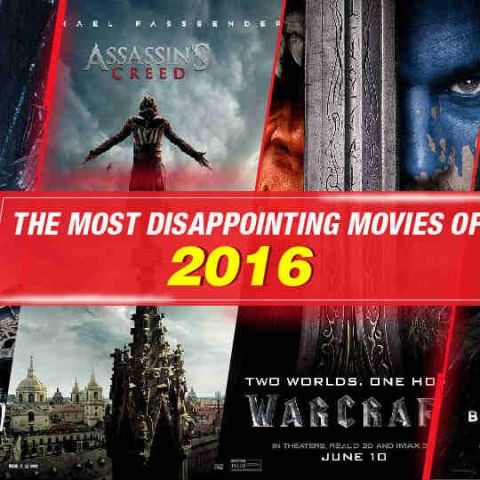 2016 was a great year for movies. We got to see the web slinger in action in Captain America: Civil War, finally saw Ryan Reynolds don the role he was born to play – Deadpool, sat at the edge of our seats while we saw the acquisition of plans of the Death Star in Rogue One, and Kubo showed us the power of stop-motion animation. However, there are only a handful of the movies that impressed us in 2016. There are some movies that not only disappointed us, but crashed and burned completely in our eyes. Here is Digit’s list of the most disappointing sci-fi, comic book and fantasy movies that hit theatres in 2016.

There was no Will Smith, there was no killer speech about not going quietly into the night, there was no edge-of-the-seat thrilling action. What we got was a tried-and-tested formula that didn’t work. Even the final fight sequence was boring. Independence Day: Resurgence was a complete disappointment.

Yes, the movie hasn’t released in India as of writing this, so our judgement here is based on popular reviews. What those have to say about the movie is that it is a visual spectacle with a disappointing story and bland characters. We are holding off our final verdict for the release of the film, but our hopes aren’t high.

The worst part of the movie was that they revealed everything in the trailer, so there was no suspense left. If you were disappointed with the theatrical cut of the film, we urge you to watch the extended edition. There is some solace there. But nothing can save this saga from the slapstick climax which was...Martha! We hope the upcoming Justice League movie and the solo Ben Affleck movies are better.

Do you remember this movie? It stared Chloë Grace Moretz, who we loved as Hit Girl in Kick Ass. The story on paper is pretty good, four waves of alien attacks have wiped the human race and the 5th wave will eliminate them completely. The execution of the movie was bleak to say the least.

The movie sucked. Period. Joker, Deadshot and Harley Quinn were awesome, but the plot and execution were abysmal.

If there’s something strange in the neighbourhood, who you gonna call? Not the new Ghostbusters, I hope. The movie is full of bad humour, and lacked a structured flow. The movie disenchanted us from a franchise that we grew up loving.

A movie based on a game based on a movie was highly anticipated. Alas, it had the same fate as other video game movies before it. Ratchet and Clank was a great game on the PS4, but the movie was disappointing.

Another movie based on a video game released this year (that brings the total to three) and it was disappointing as well. The movie was a visual treat with its special effects, but had a bleak, predictable story. If you love visual effects, you should definitely check this out. It gives the likes of Avatar a run for its money. But, the overall package on offer left us wanting a whole lot more.

9.    Alice through the looking glass

As disappointing as its predecessor. Nothing more to say about that!

That was our list of the most disappointing sci-fi, comic book and fantasy movies of 2016. Do you agree? Do you disagree? Let us know in the comments below!