The problems and possible solutions for the internet experience in India 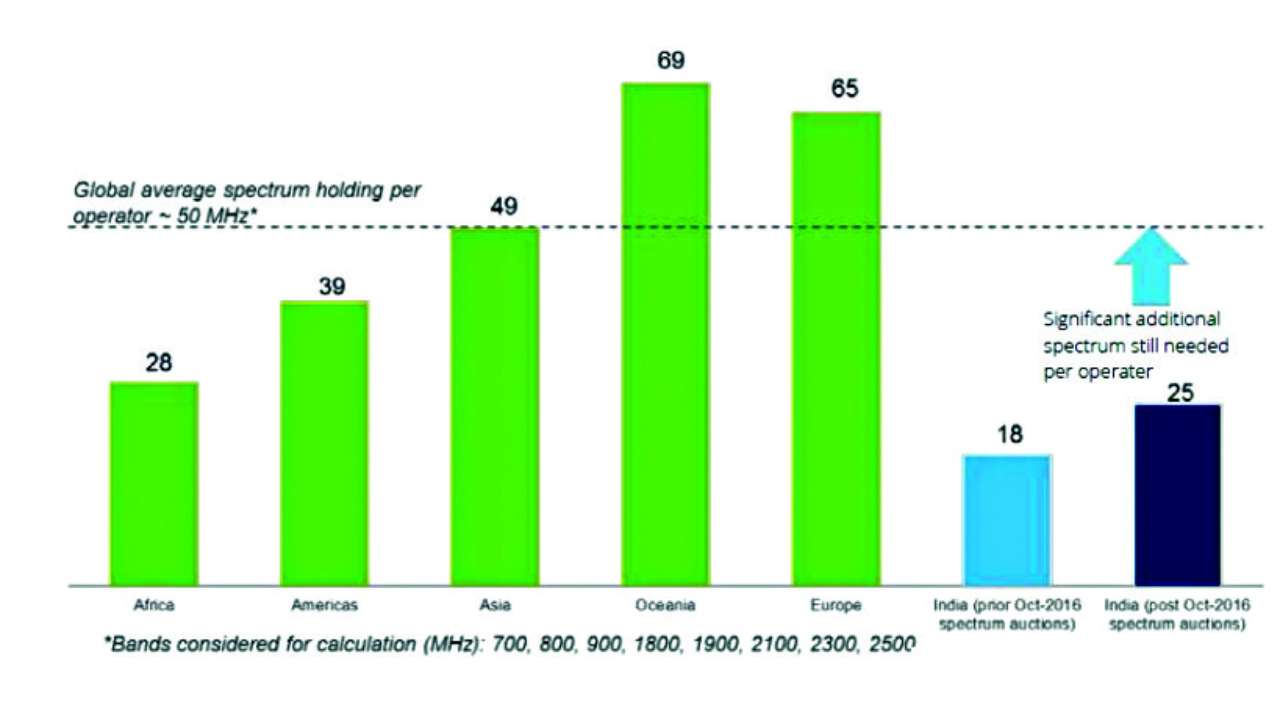 There are many companies and entities trying to fix the bad experience of the internet in India. These include the telecom operators, internet service providers, cable operators, think tanks, advocacy groups, as well as industry bodies such as COAI, IAMAI and GSMA. While the concerns of all these different organisations may be different, they all agree on the pain points discussed below, and the possible solutions.

Now the simplest, no brainer approach would be to just make it simple to lay cables. Let us imagine a cable passing through a hypothetical major railway station in a metropolitan city. Nearby, there is also a new subway station being built, as well as a junction between a national highway and a state highway. The junction is on the coast, near a forested area. This might sound like too many conditions, but it practically applies for most of Mumbai and its satellite cities. Now an operator would have to coordinate with a number of government agencies, including BMC, MMRDA, MMRC, MOEF, NHAI, MMB, MPCB, PWD and Railways. This is a nightmare situation because even after the cables are laid, any number of agencies can come and dig it up and accidentally cut the cables, which would then have to be put together again, a complicated procedure known as splicing. It is for this reason that no matter how much companies invest in the infrastructure, the quality is always terrible. The cabling in India has more splices per kilometre than recommended. It would simplify things for the service providers if there was a single window for seeking all the required permissions, which is provided in a timely manner. In Maharashtra, getting permissions involves a contract, and there is no stipulated time within which the agencies are required to give the necessary permissions. Right now, it is impossible for a service provider to realistically estimate how long it will take to get all the permissions to lay or maintain a cable, especially in busy cities. The funny and sad thing is that BSNL suffers from the red tape both internally and externally. One of the simplest ways in which this particular problem can be solved, is that the government can require ducts of a standardised specification to be built along major infrastructure projects, such as roads, bridges and railways, down to the more granular level of malls, stadiums, hospitals and housing complexes. This will allow widespread connectivity, which is also easily accessible for maintenance. The problem is that the government does not yet think of broadband access as an essential utility, such as water and electricity.

Another pain point is the internet exchange “service” provided by the government, through a company called the National Internet Exchange of India (NIXI). There are seven network operations centres located across the country, that provide switches for member networks to exchange data amongst themselves. So, a CDN provider, for example, can interface with an ISP, without having to route the traffic through various other networks. The membership fees is just too high for smaller ISPs, so they typically route their traffic through larger ISPs that connect to NIXI. Essentially, think of NIXI as a country-wide home network. Additionally, NIXI charges per GB of bandwidth, which makes the member networks feel the same pinch as you do when you think of FUP. The charges are `5 per GB of bandwidth, and all the ISPs want such charges to be done away with completely.

When it comes to wireless connectivity, spectrum availability is a problem. Compared to global levels, the amount of spectrum available to each operator is extremely low. Additionally, the allocated spectrum may not be contiguous, which means that operators have very little leeway when it comes to delivering services. While 2G or 3G can work well in a fractured spectrum, the more advanced technologies such as LTE and 5G require contiguous spectrum. In India, the DoT (for state broadcasting) and the MoD have reserved major portions of the commercially-viable spectrum, which is not even available to service providers. The switchover to digital television has opened up some free spectrum that was previously used for broadcast purposes. Additionally, there were also white spaces, unused spectrum to differentiate between two TV channels. Making these available for mobile connectivity has proved a valuable source of additional capacity worldwide. Additionally, the spectrum that has been acquired by operators has been in small chunks at different points in time. There is a need to start with a clean slate, and allocate contiguous spectrum. There can also be mechanisms implemented that ensure that the spectrum is used most effectively. These include making the spectrum available for defence purposes only when needed, and having frequent, periodic and transparent auctions. Another important thing that the government needs to do is publish a roadmap for how and when spectrum will be made available in the future, which would allow the service providers to build up their infrastructure appropriately. The rollout is slowed down because of a lack of clarity on the future availability of spectrum. 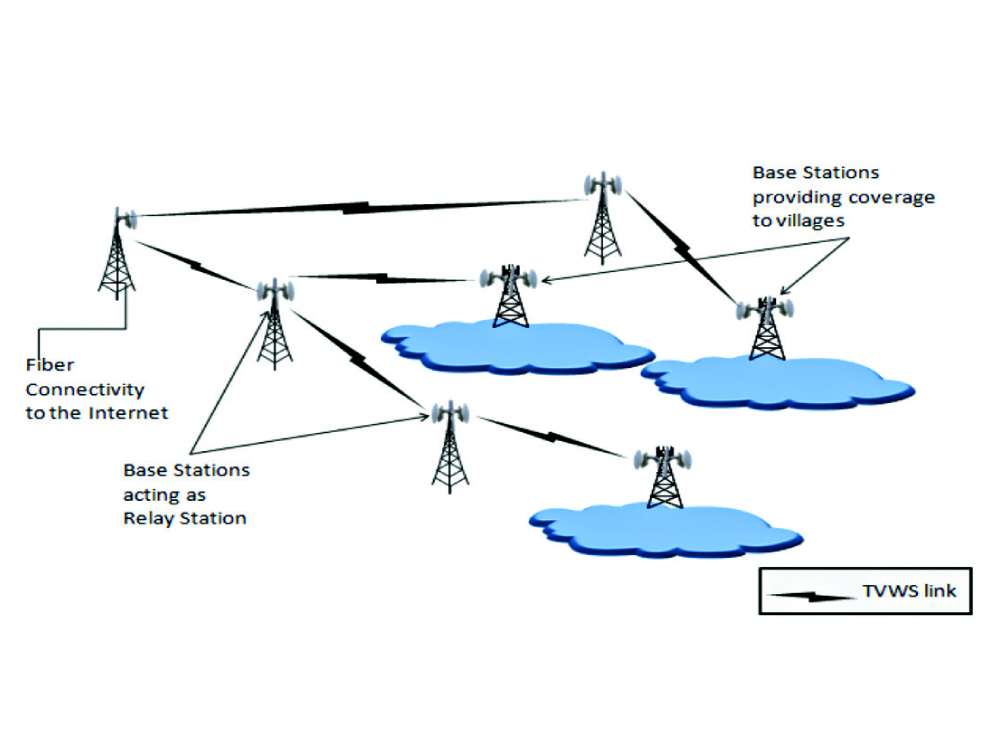 Now, an interesting solution to many of these problems can come from an unexpected direction – that of small cable TV operators across the country. From the very beginning, these operators have been using all kinds of jugaad to ensure that people get access to television. They have also been using indigenously manufactured technology for realising the same. They have the best on-ground knowledge, and can easily adapt their existing systems to provide last mile broadband connectivity to the underserved. They can circumvent problems that ISPs have in laying optical fibres, and TSPs have in setting up telecom infrastructure, which is perceived to be dangerous, because of irrational fears of radiation. Many cable operators around the country are, in fact, already delivering broadband connectivity, with reasonably-priced plans. Here, the small sizes of the operations is an advantage. In fact, there have been plans by the government to use cable operators for delivering broadband
since 1999, but no concrete plans have been implemented yet.

Irrespective of whether the last mile connectivity is wired or wireless, the connectivity in both forms can be bottlenecked if there is a lack of capacity in backhaul networks. WiFi hotspots in large metropolitan cities is a proposal for providing wireless connectivity without the need for telecom infrastructure. However, such hotspots would need additional capacity in the backhaul networks. Conversely, in the villages, especially the small ones, all the broadband services would by necessity have to be provided through telecom infrastructure, and not optic fibre. This is because there are over seven lakh small settlements, at a distance of at least two kilometers from each other, with a population of less than five hundred. Providing access to these locations would also require a robust, flexible backhaul network. Researchers at IITB have proposed a single, elegant solution that can improve broadband experience across India, for both rural and urban population, without really disturbing any existing deployments. In urban areas, the available spectrum is heavily used because of the dense population. However, in rural areas, the spectrum is not heavily used, which is about 56.27 percent of the area of the country. The idea is to setup a multi-hop wireless mesh network that acts as a backhaul network in the rural areas of the population. This provides a backhaul for the urban centres, and at the same time extends connectivity to rural areas. Through license sharing agreements with TV broadcasters, such a system could be setup without a necessity of the broadcasters to vacate their allocated spectrum.

Even where broadband services are easily available, adoption is low. Digital literacy is perhaps the biggest roadblock here. This is because despite 70 percent of the population having access to LTE services, only 8 percent of the population are actually using it. According to the latest State of the Information Society by the International Telecommunications Union (ITU), 63 percent of mobile owners who choose not to subscribe to the internet say that they do not know what the internet is for. Another 23 percent know what the internet is for, but do not intend to ever access it on their mobile devices. The process to fix this starts at the school level itself, and the National Computer Literacy Drive is a step in this direction. However, it is unfair to expect everyone to just learn English or Hindi as their first language. Merely translating content into local language is not enough, there needs to be local content that is culturally relevant to the consumers, for an increase in adoption of digital technologies. This is one of the reasons that TikTok has proved to be so successful in India. There is little pressure for rollout of connectivity infrastructure to the rural areas, because India has just about the lowest ARPUs (average revenue per user) in the world, at less than $2 per customer. The fact that people have tried to pay the developers of Ludo King with demand drafts, is proof that this is not an unwillingness of people from paying for content, rather it is the lack of availability of such content. Without relevant content, consumers simply do not know what to do with connectivity, and without connectivity, content creators do not have any incentive to create such content. The end user is suffering because of this unholy stalemate.