Internet shutdowns and their impact in India 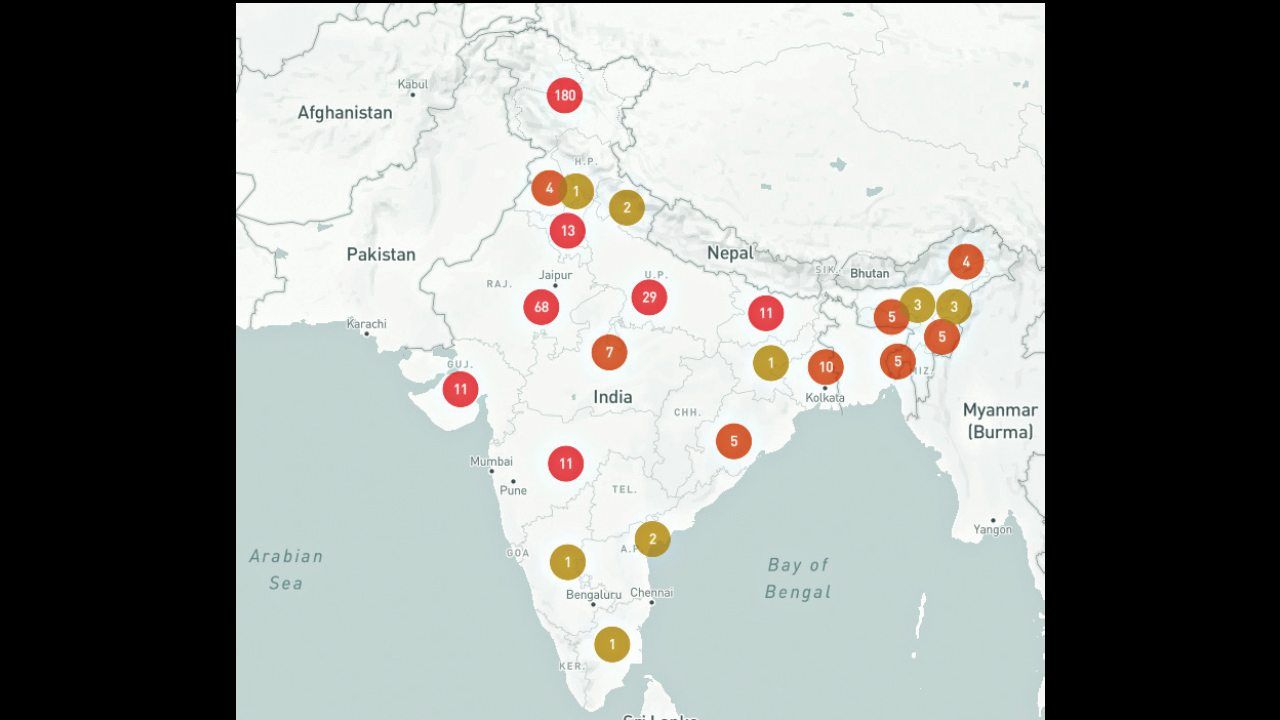 The alluring nature of cheap data and pocket-friendly smartphones have ushered in a phenomenal number of previously-’disconnected’ people online in India. Affordable smartphone makers such as Xiaomi, Realme, Vivo, Oppo and more, as well as TSPs slashing their data prices considerably, have undeniably enabled India to become a more digitally-connected nation. Also, a digitally-reliant nation, might we add. Due to this dependance, life in urban cities as well as the remote areas, tend to come to a halt due to the burgeoning numbers of internet shutdowns orchestrated by our government. While India has one of the fastest-growing Internet populations in the world, we have also recorded the highest number of internet shutdowns.

The Freedom on the Net report indicated that there were over 100 reported incidents of internet shutdowns in 2018. The Internet Shutdowns website confirmed this number to be 134 in 2018! A report by the internet advocacy group Access now detailed that India accounted for a whopping 67 per cent of the total documented shutdowns worldwide. The fear of massively censored internet in a nation that houses the world’s largest democracy is only rising. Advocates of net neutrality, freedom and privacy fear that the country may have on its hands a digital equivalent of censorship and there’s a lack of transparency regarding the reasoning too.

While there has been some level of discourse in the government about the rise of shutdowns being due to the rampant increase of internet trolls and the spread of fake news, the fear of the shutdowns being put in place to exert control over the population, the public discourse and repressing opposing views is not misplaced. Iraq is a distinct example of this censorship, where shutdowns are instigated by anti-corruption protests. Other countries that have blatantly resorted to internet shutdowns to curb online public dissent include Egypt, Russia, Venezuela, China, Belarus and Cambodia.

Noticeably, internet shutdowns are rampant during riots, protests and elections. The government, while enforcing the internet shutdowns, are denying entire cities access to integral communication tools during such strenuous incidents. Let’s take as an example, the internet shutdowns during the CAA (Citizen Amendment Act) protests in UP. If you were caught in a concerning, possibly life-threatening situation amidst violent protests, you would want to be able to connect with your friends and family, wouldn’t you?

The area facing the brunt of these shutdowns the most is, unsurprisingly, Jammu and Kashmir. The longest-running shutdown in our country was recorded in J&K in 2016 when services remained suspended for five months!

The ICRIER study also noted that the Internet is the “primary driver of entrepreneurship”, and rightfully so. In today’s digitally-accelerated world, the internet enables everything, from a pan shop’s sizeable source of income (Paytm, GPay, Bhim) to the workings of unicorn startups! We’re targeting to become a $5 trillion economy in the coming years, however, the rampant internet shutdowns send all the wrong signals to potential international investors and consumers.

Additionally, for the massive number of Indians who have put their trust in the vision of Digital India, internet blackouts threaten their socio-economic existence, or at least, stall it. Closer to home, due to our overdependence on the internet, we are used to Google-ing our way through almost every event in our life. We do not plan out trips in advance, do not research the routes for small journeys, and some of us don’t even carry physical cash on us anymore since the advent of UPI. An internet shutdown disrupts, disturbs and disorganises our lives to an enormous extent. Overall, policymakers need to create more stringent internet-related laws to protect the socio-economic interests of the citizens as well as the country.

In case of a internet shutdown, which could be a partial shutdown (particular apps such as Facebook, Twitter, etc) or complete shutdown, you can use:
1) Tools such as Psiphon, an open source web proxy, and browsers such as Tor, which prevent location tracing
2) A VPN which will make you bypass the restrictions set by the government.
3) Apps such as Orbot let you browse the internet anonymously
4) Using Tails, an operating system that allows you to bypass censorship and uses cryptographic tools to encrypt files
5) Lantern allows people in uncensored areas to share their internet
6) FireChat, an off-the-grid messaging app that lets users chat using Bluetooth.