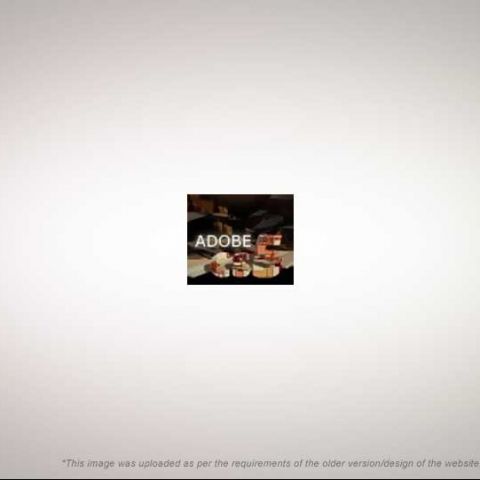 Adobe has finally confirmed the launch date of its next Creative Suite (CS), i.e. CS5. Come April 12th, we will finally have a look at the future of Adobe applications. We will post an extensive hands-on with the Creative Suite 5 once the product launches; but meanwhile, we thought we would take a look at some of the key features that CS5 is currently known to bring to the table.

Through Creative Suite 5, Adobe has pushed the technical boundaries of image and content manipulation much further; it is shaping up to be a rich product with many amazing new features. Further attention also seems to be given to the software packages that constitute the suite. While CS4 increased integration between CS4 products, especially Macromedia products which still seemed a little out of place in CS3. Though not officially announced for CS5, there is a possibility that advanced multi-touch capabilities will be also be added to this iteration of the Adobe Creative Suite.

On the hardware front: The support for Mac's PowerPC processor architecture will be dropped, as the computers still running the aging hardware are unlikely to be powerful enough to run the CS5 anyway. So now Adobe's Creative Suite will only be developed for Macs running on Intel chips.  One might expect this new breed of Creative Suite applications to be resource intensive, yet Adobe has promised that CS5 will be optimized enough to handle the available resources very efficiently. How this promise translates to real-world performance, we will only be able to tell once it launches. We do know that 64-bit support has been enhanced, as has been handling of multiple processing cores. Adobe's Creative Suite 5 will also gain the benefit of GPGPU technology, which will allow the application to utilize the computer's graphic card GPU as well for CPU intensive operations. The caveat is, that this will only be available when it's provided through NVIDIA's CUDA solution.

This GPU acceleration technology is also implemented in the 'Mercury Playback Engine' used in Adobe Premier Pro, After Effects video editing and compositing software. These two products, in particular, will be released only in 64-bit versions, from now on since the likelihood of their use on a system on an old processor or less than 8GB RAM has diminished beyond consideration.

With that overview of Adobe's new Creative Suite 5 behind us, let's take a look at the specific applications in CS5 and the changes introduced therein.

All new features of CS5 are sure to pale against the newest 'PatchMatch' editing features. In Photoshop CS4, we saw 'content-aware' scaling which allowed image resizing to actually be aware of the content being re-sized. With content-aware scaling, Photoshop CS4 was able to convert portraits into landscapes and landscape images into portraits. One could change the aspect ratio of an image without creating any distortion (within limits of course). In CS5, Adobe is extending content-aware operations to many other tools. Some of the tools which have been showcased as taking special advantage of this are: the spot healing, clone stamp and fill tools. These features are incredibly powerful and are perhaps best experienced with the following video.

Take a look at the 'content-aware' Fill tool in action in the following video to get an idea of its features and prepare to be blown away:

You may also like to watch these PatchMatch and Spot Healing demo
Or, check this and this for some fun!

Through Photoshop CS5, Adobe will also bring out a bunch of small new features and fixes. These are essentially features that allow for small and handy photo-editing, for example, auto-rotating an image to normal orientation, as seen in this video:

These features fall under Adobe label of "Just Do It" (JDI). These are implemented when Adobe takes a break from big-picture / large features and instead works to resolve some of the smaller issues and irritations. Some of these are quite big efforts in their own; edge detection and masking have come a long way and they look very strong indeed. The new brush technology allows an artist change the tip type, length, spread, density, hardness - with a real-time preview.

Other features have of course been introduced in Photoshop CS5 as well, such as applying blend mode (passes) to multiple layers in one go, directly saving a 16-bit image as a JPEG, or adding and playing with a new hinge-warp system etc.

Now let's take a look at the advances made for Adobe Premier Pro. In version CS4, Adobe Premier Pro got support for AVCHD videos through external plug-ins. But in CS5, Adobe will offer the ability of handling multiple layers of HD videos with ease. With the addition of the "Mercury Playback Technology" leveraging NVIDIA's CUDA technology, Adobe Premier Pro CS5 will have the ability to give real-time (unrendered) playback of even 4K videos, with edits and effects ON.

The tech demos show that the performance with a NVIDIA CUDA GPU is sometimes as much as 10 times faster than under pure CPU processing. Oh, we should remind you this one more time - Premier Pro CS5 is 64-bit only, as is After Effects CS5.

Despite many people believing there is a war of sorts between Flash and HTML5, there is no such thing, and what better proof than the inclusion of HTML5 features in Flash itself! In MAX 2009 Adobe showcased some new features coming in future versions of Flash, and some of them had to do with HTML5 export of content created in Flash.

The most interesting feature in Flash CS5 will have to be the ability to play an animation without using the Flash player. An animation can be exported as FXG, and played back on the canvas element in HTML5!

Other changes of note: the text layout panel will now support the Flash Text Layout Framework which was released with Flash Player 10, but was not fully supported in CS4. The deco-brush which Adobe believes did not get the attention it deserved has been tool has been revamped.

Flash Professional CS5 also brings great news for Apple iPhone and Apple iPod Touch developers: Adobe Flash CS5 will be able to target these systems directly. So, applications can now be developed in Flash CS5, and it will be able to compile the Flash content for execution on iPhone, iPod Touch, and even the iPad. These apps can be distributed through the Apple App Store (only iPhone OS 3.0 or later).

Flash Catalyst is Adobe's attempt to bridge the gap between Flash developers and designers. While still leaning towards being a designers tool, Catalyst will enable designers to work on application UIs in a design environment, while being able to test a little of the functionality of the application without a round trip to the developer. The designers will be able to generate content in a format which developers can use more easily.

As Adobe's professional solution to web design, it isn't much of a surprise that support for HTML5 will be included in the CS5 version. Dreamweaver CS5 will include some great new features which allow the use of FXG files in your webpages. FXG content will be rendered using the canvas using a new JavaScript library. Workflow with Illustrator CS5 includes being able to simply copy content from Illustrator which will be saved as FXG and rendered on a canvas with JavaScript.


The all-new Smart-Paste option of DreamWeaver is revolutionary

In the demo above, Adobe shows how simple it will be to import an illustration of a chart, (or any kind of graphics content or even animation) using the 'Smart Copy' and 'Copy to HTML Canvas' tools. The FXG file is imported, the canvas is created and the JavaScript is generated to display the FXG on the webpage, all in one single step.

To go with HTML5, the support for CSS3, which is currently under the final stages of development, has also been introduced. MultiScreen authoring was never so easy: you can work on a large display and don't need smaller displays to test your site(s) on. You can see how the page will be displayed in a large, medium or small screen (even if it's a mobile screen) in real-time, one beside the other.

While on mobile and handheld application developments, we would like to mention the Adobe Device Central (ADC), which is about to go through some drastic changes and upgrades as well. For those who don't know, ADC simulates multiple devices to allow a developer or designer to test  their content across multiple devices. Device central carries the profiles for multiple devices which allow one to see if their content is compatible and running properly before they target the same.

Under CS5, ADC will extend support to TVs and set-top boxes. It is also stated that under ADC CS5, profiles can now be shared with the community and collaborators at the time of project development. Further enhancement has been added for new devices, allowing an application to interact with device features such as accelerometer, GPS sensor, multi-touch, etc. The environment provided is also customizable through the addition of features such as Dockable UI and Workspaces.

with help from Kshitj Sobti