15 years down the drain 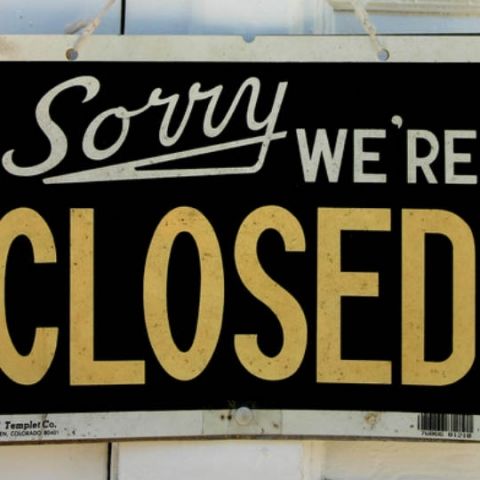 “I’m no Intel fanboy, but the lack of competition in any technology sphere irks me"

Starting off my column on a negative note might seem a bit off-putting, especially in a culture that places a lot of emphasis on mythological elements like Apshakun in everyday life. But those who’ve known me, know that I like to rant a lot and I like to rant about almost everything. So here it goes…

The number 15 holds a significant position for those in the computational sciences. It’s the highest single digit number depicted by the Hexadecimal number system – the peak, the zenith, the pinnacle, the apex. If I were to don the garb of a numerologist (I know, pseudoscience) then I’d claim it signifies the Future. Alas, we’re talking about Failure here. Before you start wondering what I’ve been smoking, let me put things into perspective. Intel, the semiconductor giant, recently announced that they’re axing the upcoming Atom series of SoCs for smartphones, thus, putting an end to a decade long battle of trying to gain a foothold in the smartphone SoC arena which is dominated by the likes of Apple, Samsung, and Qualcomm, all of whom manufacture chips based off technology licensed from ARM.

This isn’t the first time that Intel has shot itself in the foot. A decade ago, i.e. in 2006, Intel sold off its own XScale chip division which made ARM based chips owing to poor returns. A little after that, in 2008, they decided to pass on making chips for Apple’s smartphones which in hindsight, wasn’t a smart move. Its struggles began much earlier as some like to argue and over the course of roughly two decades, Intel has spent billions of dollars to enter this arena but never managed to see success.

It all started 15 years ago in 2001 when Intel started an industry consortium comprising of Intel, Motorola, AMD and Micron which made for one of the largest collaborative R&D agreements. The aim was to develop Extreme Ultraviolet (EUV) lithography which would be key towards building smaller semiconductors. Work progressed from that point on till 2008 when they came out with the Silverthorne architecture, whose Atom chips had a Thermal Design Power (TDP) of 2-3 W which was a remarkable achievement at that time. However, not much attention was paid to the Atom division since, under fear that their primary desktop/server lineup would be affected. It’s outright wrong to assume that nobody at Intel knew that mobile would be the next big thing. After all, this was 2008, Apple’s iPhone had everyone’s attention as the next big thing. Turtlenecks were in vogue and so had begun a race to build the smallest, coolest and most powerful SoCs. However, the Atom lineup was largely relegated to a corner and while the desktop lineup raced ahead by leaps and bounds. The Atom lineup wouldn’t even get an architectural refresh until 2013.

I’m no Intel fanboy, but the lack of competition in any technology sphere irks me. AMD dropping the ball with Bulldozer and with subsequent architectures is another of my pet peeves. But AMD’s showing hope with the upcoming Zen architecture keeping alive the competitive spirit in the desktop environment all the while maintaining a stronghold over the console business. Qualcomm’s Atheros being the only major player in the wireless technology sphere is another such case, but I’ll reserve my rant on that for later. What has me all worked up is that we’re now at the precipice of another leap in technology. Quantum Computing is right around the corner, some would say it’s already arrived, and you could say it’s anybody’s game at this point. Such moments are akin to MotoGP races, the leading two racers are literally neck-and-neck with the leader position jumping between the two racers at each bend. And at one such bend, Intel, one of the forerunners has decided to quit. And thus, 15 years of work that started off with the EUV consortium goes down the drain.

This article was first published in the Jume 2016 issue of Digit magazine. To read Digit's articles first, subscribe here or download the Digit e-magazine app.