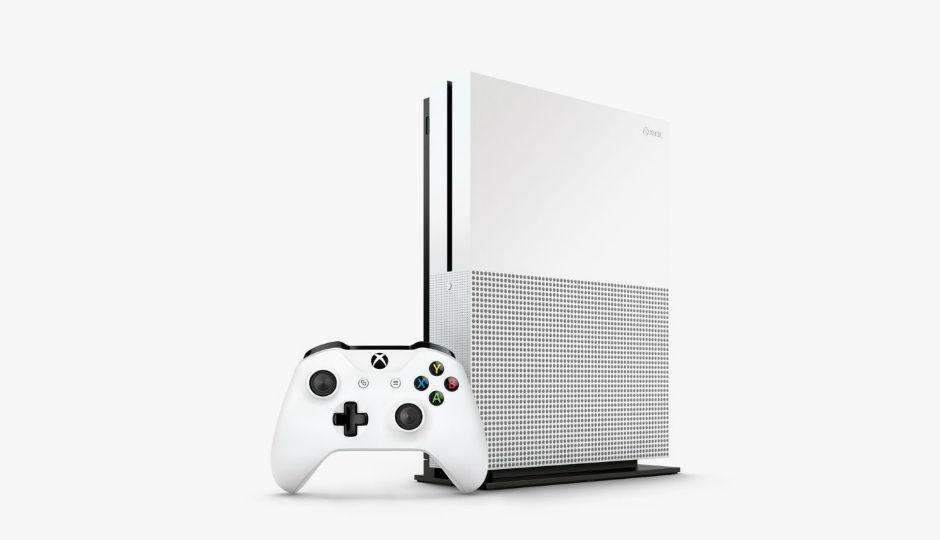 Microsoft had a busy day at E3 2016 last night, and it had something for everyone. That said, Microsoft is wiser to play it safe since Sony has already confirmed that a new powerful Playstation is in the making. On the games front, there are a lot of new titles coming to the Xbox this year and in the next year - some from Microsoft's own gaming studios, and some from others. Let’s get you acquainted with all the stuff Microsoft announced, at its conference in E3 2016.

At E3 2016, there was a lot of buzz about Microsoft and Sony launching new consoles, and only Microsoft delivered, in the form of the Xbox One S, Technically, it is not a new console, but definitely looks better than the current generation one. Microsoft has slimmed down the Xbox One by 40 percent, tucked the power brick inside the console, painted it white and called it a new Xbox One S. It has also thrown in HDR and 4K video support. Prices will start at $300 (Rs. 20,200 approximately) for the 500GB variant, and go  upto $400 (Rs. 26,900 approximately) for the 2TB version. The new controllers are now equipped with Bluetooth, and the console now supports an IR receiver.

Microsoft teased a new Xbox console, which is being called Project Scorpio. This will be Microsoft’s first attempt at bringing 4K gaming to Xbox. Further, the upcoming console will be VR-ready. Microsoft's Xbox head Phil Spencer told the audience that Project Scorpio will have an 8-core processor, 320GB memory bandwidth and 6 teraflops of GPU performance. Microsoft also confirmed that all Xbox One peripherals and games will be compatible with the upcoming console. Rumours surrounding the device suggest that Microsoft might employ the new VR-enabled AMD RX 480 as the GPU on Project Scorpio. Also, AMD has already confirmed that it will providing custom SoCs for the new console.

Buy on Xbox, play on PC

Microsoft further strengthened the bond between the Xbox and Windows 10 last night by announcing Play Anywhere feature. With this feature, you only buy a game once, either on an Xbox or on your Windows 10 PC, and you will get access to the game on both platforms. This feature will be rolled out to games slowly in future.

Coalition announced the newest edition of the Gears of Wars franchise, which is coming in October 2016. The game will put you in the boots of the son of the legendary Marques Fenix.

No release dates yet

Forza's Horizon series now moves down under, to Australia. Off-roading, sun and a lot of cars will be available September 27 onwards.

ReCore was showcased last year at E3 2015, and was supposed to be unveiled in Spring 2016, but now it is reported to launch on September 13. Check out the latest gameplay trailer below.

No release dates yet

This is another adventure gaming title brought to Xbox. It is an FPS multiplayer, in which you enjoy being a pirate.

Scalebound is an upcoming RPG gaming title from Platinum Studios who made Transformers: Devastation for Activision. There are dragons to be tamed!

Dead Rising is back, and so are the zombies. Frank West is back in Colorado after 16 years, and this time, faces fiercer enemies.

No release date yet

Remember the card game where you were required to play in side quests? It is being made into a full-fledged game. This is Gwent.

Minecraft Realms is the fully 'moddable' Minecraft game ever. With this game, Minecraft goes cross-platform and cross-play.