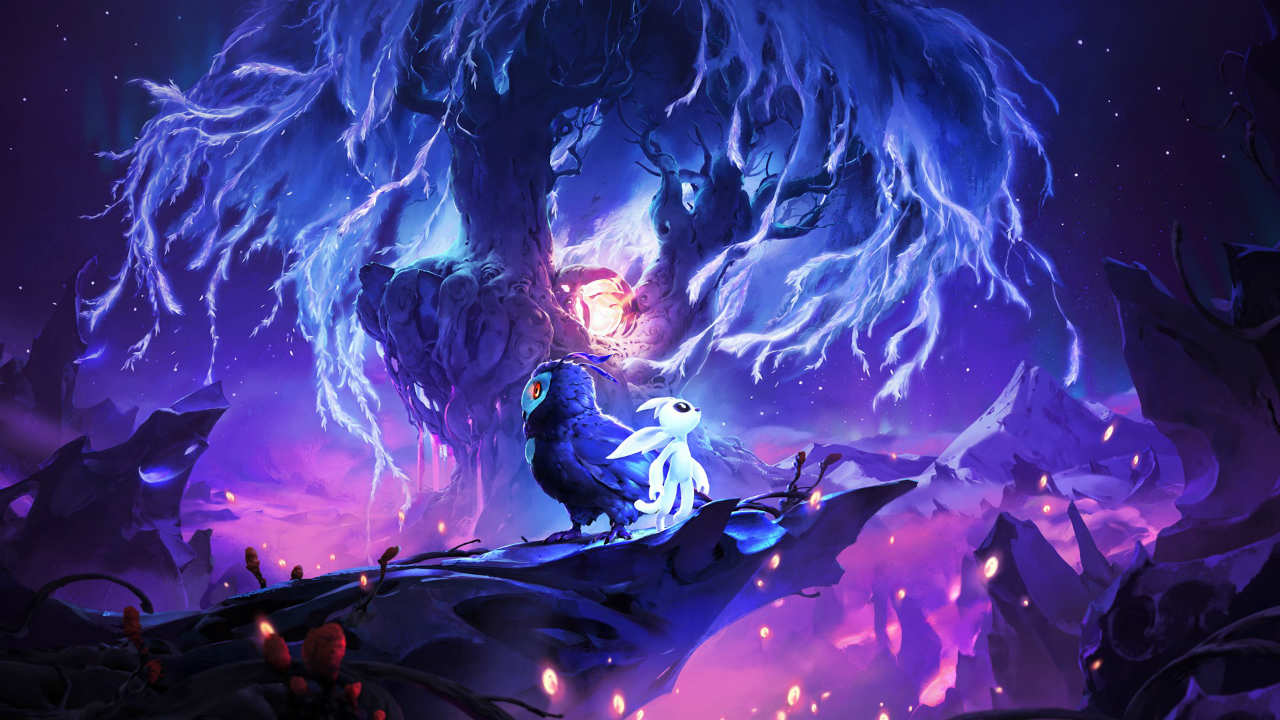 Ori and the Will of the Wisps Story

When we look at stories in video games, it is usually told through a voice over or cut scenes where characters are talking to one another, setting the plot up for you. In Ori and the Will of the Wisps, there are words spoken but in an unknown language with English subtitles to give you context. This may seem odd but the deep bass tone of the voice narrating the journey will make the hair on the back of your neck stand. It is as beautifully articulated as the first game, instantly immersing you in the story. This time around, Ori isn't a small lost spirit creature who needs to find his way out. He is battle-hardened by the threats of the forest. This time the focus of the game is on Ori’s friend Ku, a baby owl getting ready to spread his wings. Ori and Ku embark on an adventure and as expected, things don't go according to plan. Ku is lost and it is up to Ori to navigate this new jungle to save his friends and understand the Will of the Wisps.

The story of the game is as engaging and deep as the first one. You encounter a new villain in this journey and one who has an equally emotional and tragic backstory as the main antagonist in the first game. You will encounter him on multiple occasions in the game, and these are some interesting sequences.

Overall, I thought it would be difficult for Moon Studios (the developer of the game) to outdo themselves, especially considering the high bar set by Ori and the Blind Forest. But I’m happy to say that the developers have outdone themselves with the story in this game. Invoking emotions without words is an art Moon Studios has nailed. 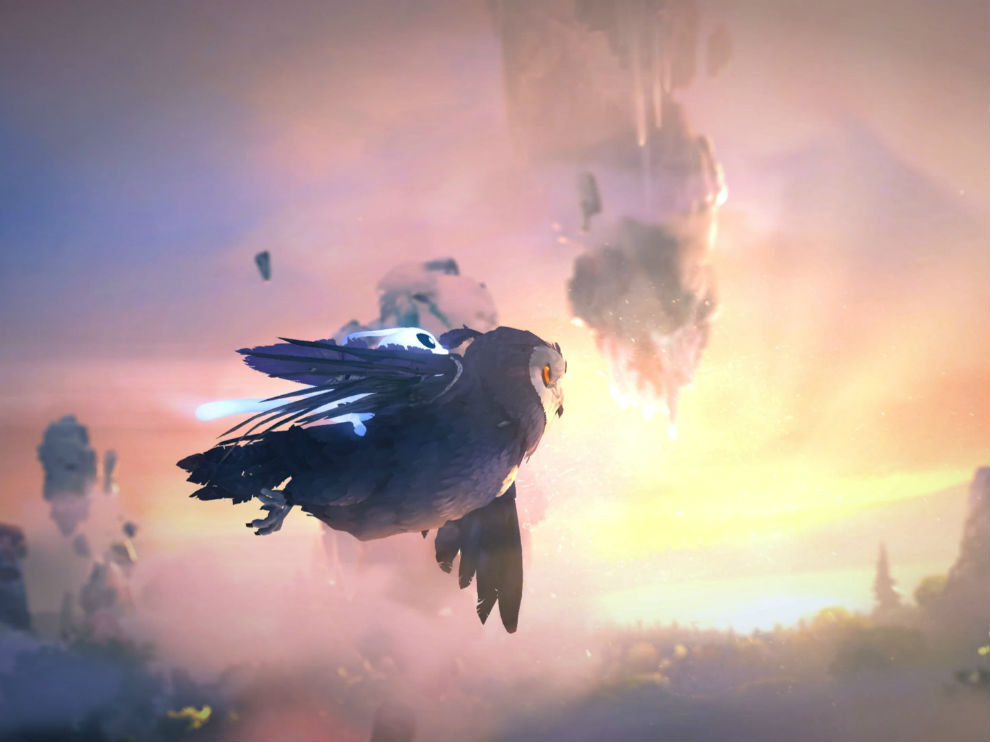 Ori and the Will of the Wisps Gameplay

Watch any playthrough of Ori and the Blind forest online and they will all look the same except for a few Metroidvania style diversions. Watch any walkthrough of Ori and the Will of the Wisps, and you will notice that a lot has been done to make every player's experience feel unique. The core gameplay is still the same. You control Ori in a 2D side-scrolling adventure unlocking new abilities as you progress which gives you access to new areas. These abilities range from double jump to dash and even the ability to pull yourself up onto certain surfaces with the tap of a shoulder button and even the ability to slingshot over some well placed environmental objects. The platforming in the game is fast, swift and when you unlock all the abilities, the platforming gets quite challenging and exhilarating.

Though the platforming is largely the same as the first game, it is the combat which has seen the biggest revamp. Instead of a spirit that shoots on your behalf, this time around Ori has a bunch of tricks up his glowing sleeves. You have a standard attack along with a bow and arrow for projectiles, a heavy attack, the ability to launch a spirit to strike on your behalf, a glow that envelopes you and attacks foes who come too close, so on and so forth. This ensures that you can try different tactics with different foes throughout the game. The only downside to the combat is that you can assign only three attacks to three face buttons as A is reserved for jumping. In the later part of the game, one of the remaining face buttons is inevitably locked for a traversing mechanic leaving only two face buttons for combat which can be a bummer. Sure, you can simply hold down the left trigger and open up a wheel to quickly slot a particular attack but it does take you out of the heat of the moment and can, at times, get annoying. 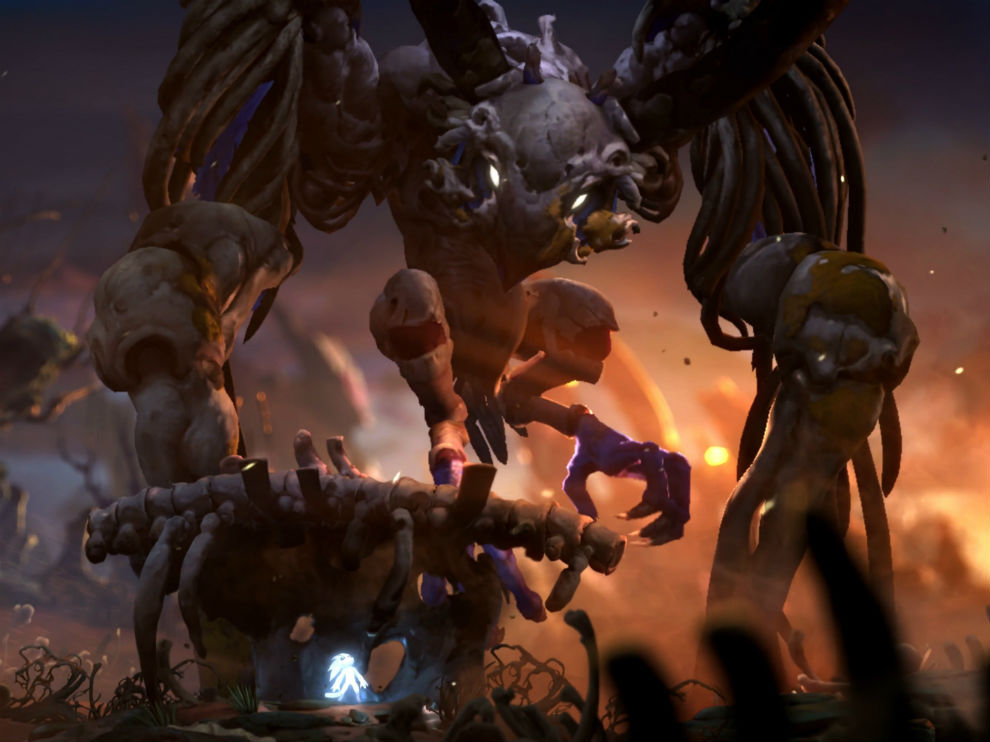 There are also side quests and collectables this time around and most of them involve retrieving an item or delivering an item or discovering a new location - very standard routine side quests. You can also equip 3 special abilities at a time that can help in gameplay. Some abilities are essential to the gameplay like letting you stick on a wall indefinitely while others help you in combat by giving you faster arrow reloads or increased damage, so on and so forth.

Overall, the combat has seen the biggest change in gameplay, adding much-needed variety. But at the end of the day, I chose the three moves that worked best for my playstyle and stuck to those for the most part. If there is one game that forced me to learn all the combat mechanics and forced me to use different weapons, it's Doom Eternal (read our review here). If a game gives you lots of options and wants to learn how to get you to use most of them, Doom Eternal is what they need to look at.

There are boss fights this time around in Ori and the Will of the Wisps and some of them are quite exhilarating. Some of them are as simple as find the weak spot and exploit it while the others force you to think and deploy a particular strategy. They are a fun and welcome addition to the game. 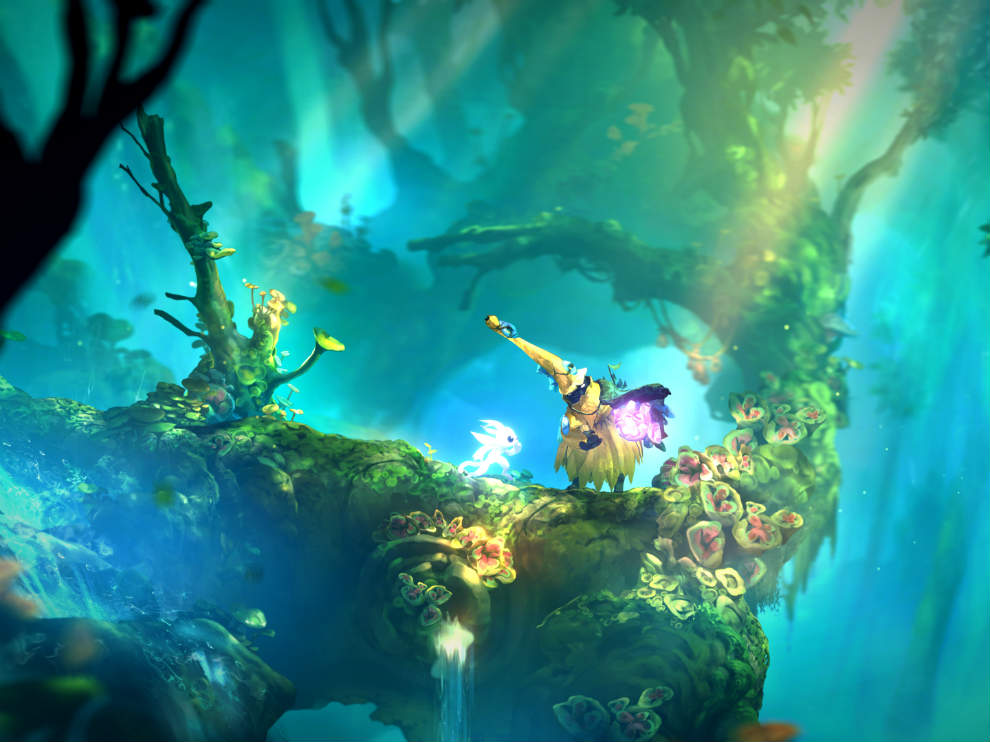 The famous chase sequences are back and are as exhilarating as ever; not only testing your reflexes but muscle memory with some of the traversal as well. Thankfully, there are generous checkpoints in the game, in case you need to retry some sequences.

Speaking of checkpoints, there are no mandatory manual saves this time around; a blessing. The game has auto-save and that is a welcome change.

Now, to get to some of the problems. On the Xbox One X, where we played the game, there are some technical hiccups. To begin with, we saw a dip in the frame rate especially during some high paced chase sequences. Also, the time it takes to get to the map and back to the gameplay is rather long. It may feel like a second or two has passed but it feels way longer than its predecessor or any other Metroidvania game, where accessing the map often is a must. These hiccups, though small, are significant enough to distract from what is an otherwise immersive experience. 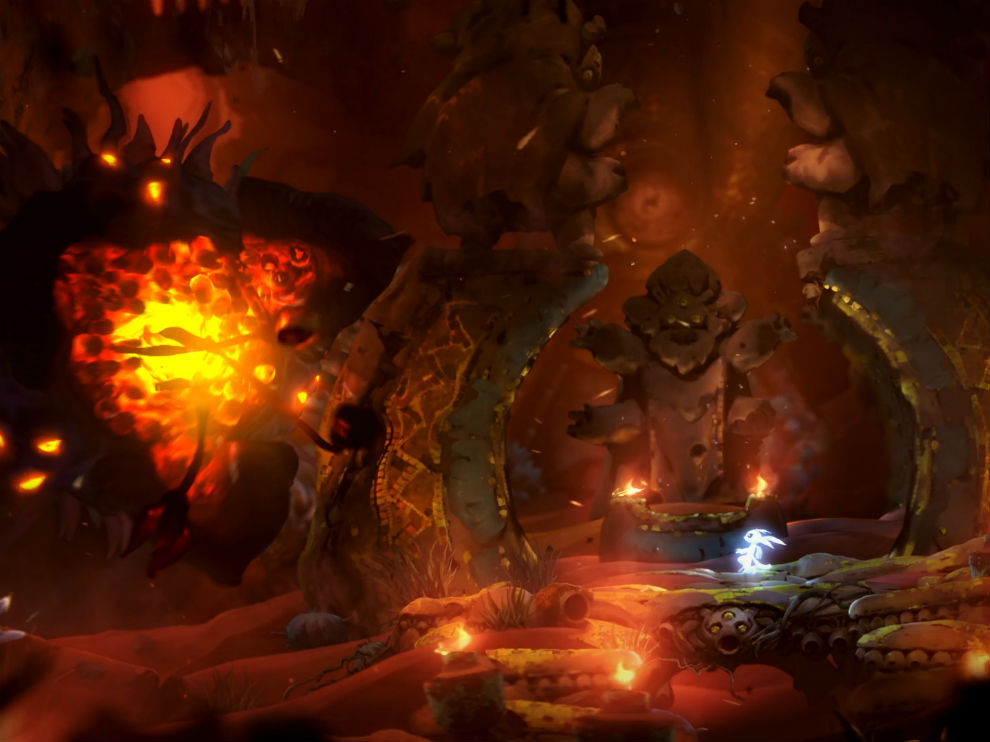 Ori and the Will of the Wisps Graphics and Sound

Ori and the Will of the Wisps runs in 4K and HDR on the Xbox One X and the game looks absolutely stunning. Since it is a 2D game, the background has a canvas-like art style to it which has been brought to life and there are small but significant foreground elements that immerse you in the forest. The game has a wide colour palette as well with brown, purple, blue, green and red dominating the environment. The game is as gorgeous as Ori and the Blind Forest with a hint of HDR and a dash of vibrancy, just the way we like it. 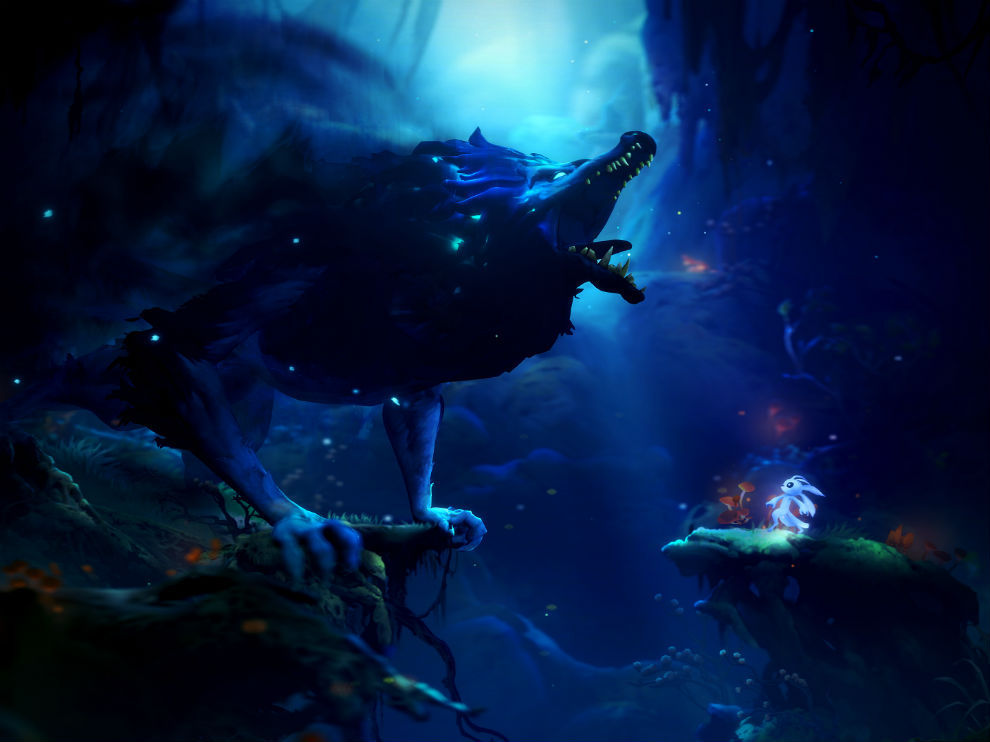 Moving over to the sound, the orchestral score, especially during the high octave chase sequences, is perfect to keep you at the edge of your seat. Even during the sombre moments, the tune, along with the background chorus grips you. Not to mention the swish and thuds of your movement in combat. Ori has a very distinct “aah” sound every time he gets hit. Video Game characters do have signature callouts to denote damage taken but Ori’s “aah” makes you feel guilty for letting him get hit. It's a small detail but one that gets me every time. 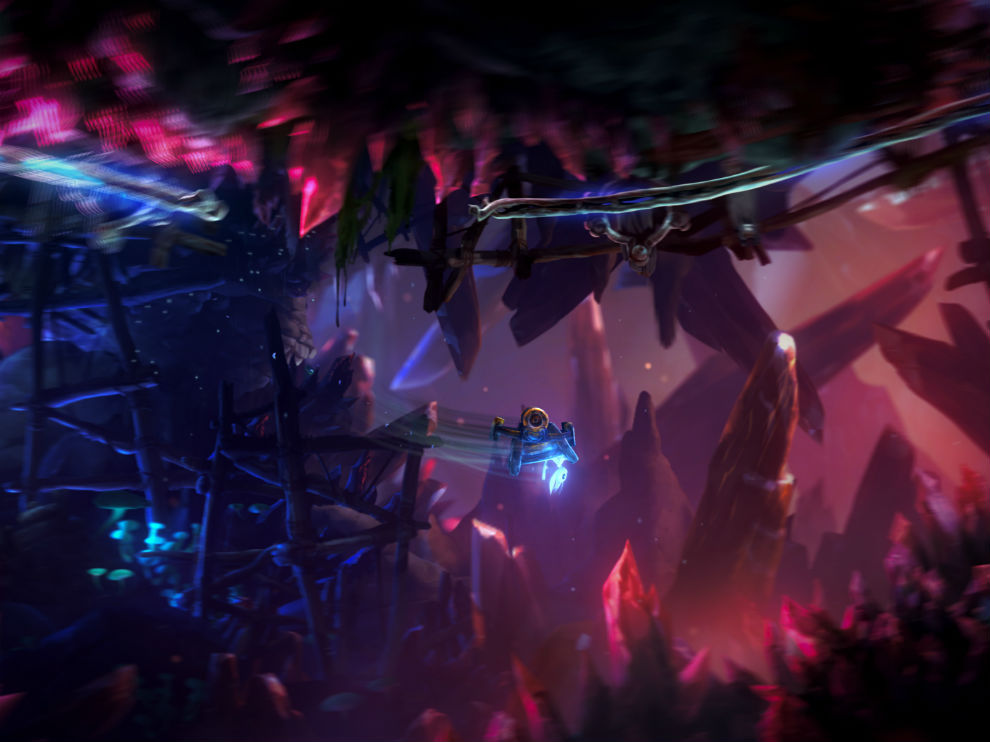 Ori and Will of the Wisps is a near-perfect sequel. It expands on the story with a truly emotional ending, retains the elements we loved from the first game and enhances the combat to keep encounters fresh. If it weren't for the few technical hiccups we faced, this game would be a true masterpiece.