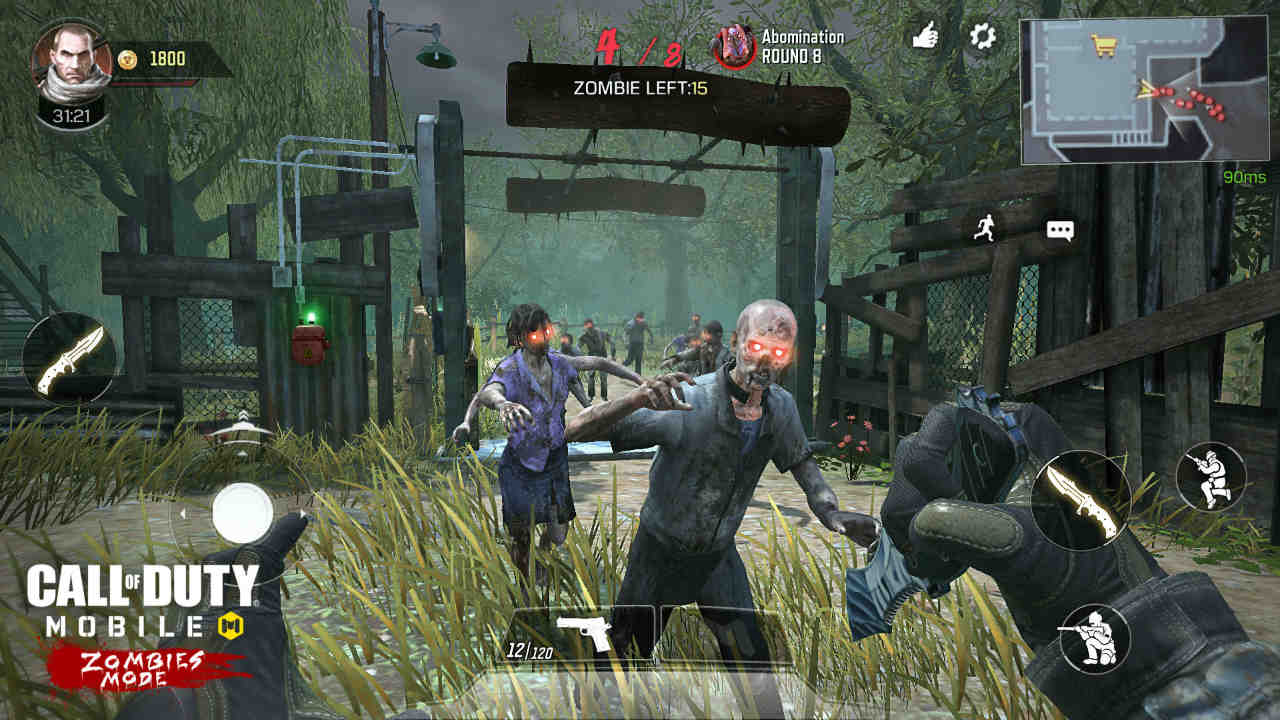 Here’s how Call of Duty: Mobile’s Zombie Mode can be further improved

After playing the Zombie Mode in Call of Duty: Mobile, we at Digit felt that there is a lot of room for improvement.

Call of Duty: Mobile’s Zombie Mode arrived with much fanfare, but after playing a few rounds, almost everyone here at the Digit office seemed to agree that it was a tad boring. But why? Everything seemed to be going for it. Co-op gameplay? Check. Loads of guns? Check. Large zombie hordes? Double check! So we brainstormed and here’s what we think can be improved to make Call of Duty: Mobile more fun.

Of course, we should put out a disclaimer that this is just our opinion. If you love the Zombie Mode in Call of Duty: Mobile, then good for you. You are just as entitled to your opinion as we are.

There are multiple ways game developers can rack up difficulty. Some add enemies that require the gamer to use their wit to destroy them. Some immensely powerful, yet telegraphing moves to punish gamers who aren’t paying attention. Activision has opted for giving zombies massive hit points. Normally, this would not matter so much, but then it just gets boring after a while. The difference between Normal and Hardcore zombies is pretty much down to their hitpoints. Even the standard boss is the same, just that you spend a longer time trying to kill it in Hardcore mode due to its expanded health bar.

You may start with a pistol,  but there is a very good chance you’ll end the game with a rapid firing weapon like an assault rifle or a sub machine gun. Slow firing weapons like shotguns and sniper rifles just seem no match for the bullet sponge zombies. In most other games, a shotgun is literally the purveyor of death when fired up close, and this is true in other game modes in Call of Duty: Mobile. But the Zombies (especially in higher wave levels) seem to shrug it off as though they are being hit with confetti (unless you manage to headshot them). Same with the sniper rifles, a well placed headshot should incapacitate any zombie, but it just doesn’t seem to do anything in higher difficulties. Take Left 4 Dead for example. Multiple weapons, each with their pros and cons, and all of them equally effective in making sure the dead stay dead, regardless of difficulty level.

No damage model on zombies

The cool thing about zombies is how relentless they are. Like un undead Terminator, they keep clawing at you even after losing their limbs. However, landing shots on these zombies just seems hollow, like shooting dough. There’s little joy in landing headshots too. Of course, one might argue that the mobile hardware can’t deal with flying limbs and limbless zombies in the style of Dead Space, but just a few years ago, a Call of Duty game (let alone one of such quality) on mobile seemed impossible. So you never know what the mobile is capable of till you really push it.

No point in boarding houses since zombies can spawn inside

At the beginning of the level, you are taught to board of the windows to block the zombies from coming in. But by the end of it, that strategy is out the window (pun not intended). You’re just running around, pumping clips into zombies. Why? Because around the 4th wave the zombies start spawning inside the house. So what was the point of telling us to board the windows when it wasn’t going to make any difference?

No strategy beyond ‘shoot the zombie till zombie is dead’

Since boarding up windows doesn’t work, the only thing players can do run and shoot zombies till there are no more zombies. While this is OK for the basic zombies, even the special zombies like the Avagadro and Inferno can be defeated by pumping them full of bullets. Same thing for the boss (both of them). There’s no strategy, nor any place to hide. It’s not like flanking them gives you a better shot of a weak spot. Just shoot it till it dies. Think of the Regenerators in Resident Evil 4 and how you needed to outsmart them in order to defeat them,

So these are just some ways we feel we can improve the zombie mode in Call of Duty: Mobile. If you quite like the mode and are instead looking for tips and tricks to be a better zombie slayer, you can check out our dedicated article to that topic here.