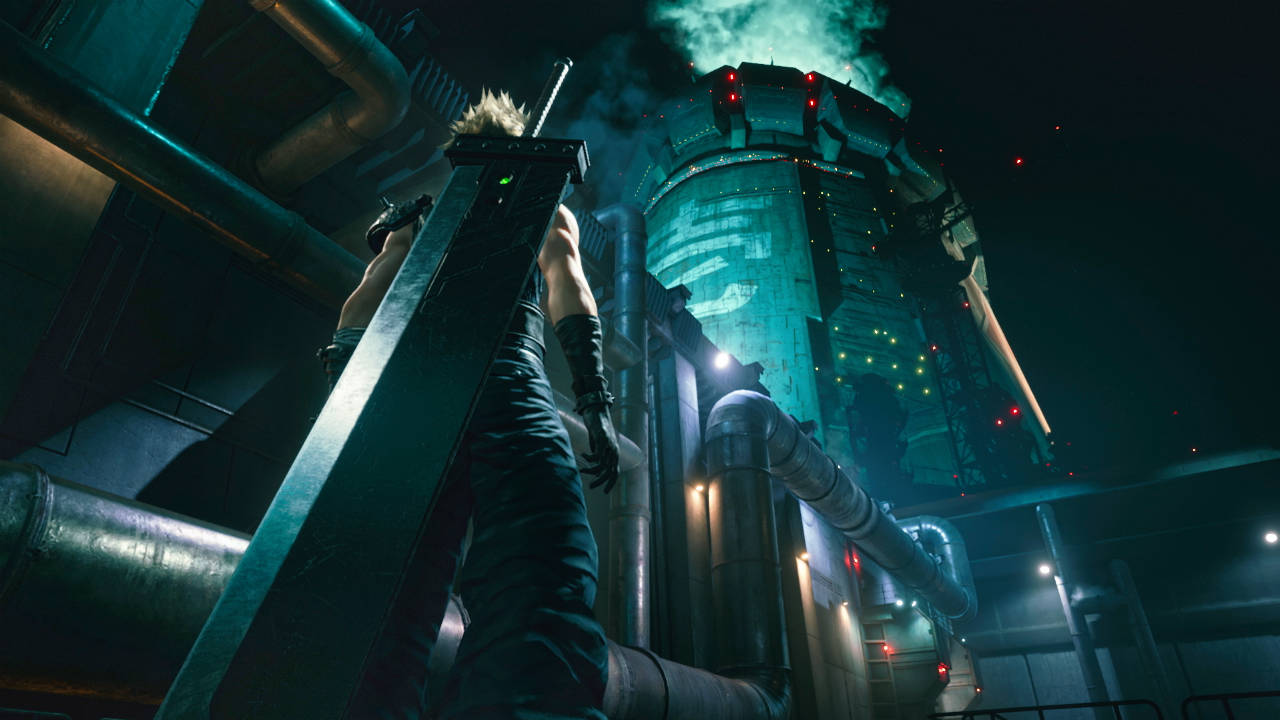 FInal Fantasy VII releases on April 10, 2020. It will be exclusive to the PS4 for 1 year. The game is built using Unreal Engine 4.

First unveiled at E3 2015, the Final Fantasy VII Remake reveal was met with a standing ovation. That should give you an idea as to how popular this particular game in the franchise has been for fans. For 5 years, fans have waited with to get their hands on the game and while some argue that splitting the game into a multi-part series is a “business strategy" others would say it gives the developers breathing space to deliver the creative vision and narrative that will appeal to fans and do justice to what is considered one of the greatest stories in a Final Fantasy game. Whether the game is worth the hype is something we leave for the fans to decide as they are the ones waiting with bated breath. Me, on the other hand, forgive me for saying this, haven't played a Final Fantasy game in my life. Sure, I had Final Fantasy X as a part of my PS2 collection but amidst games like Metal Gear, God of War, and more, it just got lost in my collection. Now, I have been playing the Final Fantasy VII Remake for about three days. And if like me, you are one that hasn't played the game and wonders whether it deserves your attention, then read on and find out! The short answer is yes, but I'm going to try to do the game justice from a newcomer's perspective.

Final Fantasy VII Remake is a retelling of the original story with some twists to the way the narrative plays out. You don the role of Cloud Strife, a former Shinra soldier who has joined Avalanche, a group of eco-terrorist that are giving their all to fight the Shinra Corporation. The Shinra Corporation is using Mako Reactors to drain the planet of its resources and kill it. Initially, it isn't clear why Cloud Strife, a former Shinra soldier, has joined the opposition and that bit of curiosity keeps the plot going. He says he is doing it for the money, but it is obvious from the get-go that there is more to this reason than meets the eye and you will learn about it as the plot progresses. You also encounter a girl selling flowers named Aeris Gainsborough and your encounter with her leads you to discover some ghost-like beings which are present in the game. Through your journey, you are taunted by Sephiroth - a badass with some impressive sword skills.

Now, fans of the franchise and those that are into the lore know exactly what I'm talking about, but those that enjoy a good story, know that I haven't spoiled anything. Everything I've told you happens within the first 2-3 hours of the game and it is the depth these characters bring that I am trying not to spoil. If you like the depth Kojima brings in the lore of the Metal Gear saga, then you will love the story Final Fantasy VII Remake delivers. More than anything else, it is the story that kept me going from one checkpoint to the next, trying to understand the mysteries surrounding Cloud Strife and some of his companions.

The gameplay in Final Fantasy VII Remake can be described as an action role-playing game that has some heavy RPG elements for those that like it. You control Cloud and pressing Square on the controller leads to an attack and pressing Triangle leads to a heavy attack. Pressing X brings up a menu where you have special abilities and spells that can be used in-game. Since bringing up this menu kind of pauses the action, you can assign some of the abilities to L1+ any face button combo to ensure the action doesn't stop. Honestly, I liked popping up the menu to have a breather in some high-paced combat sequences to catch my breath and plan my next move.

See, in Final Fantasy VII, you are accompanied by other characters from Avalanche; each with their own light and heavy attacks and special abilities. Each character has a meter that charges up to let you use their special attack and when the time comes, use one super special attack. Switching between players is as simple as pressing a directional button on the D-Pad and when the action gets intense, unleashing a flurry of special moves from all your teammates can be quite satisfying. 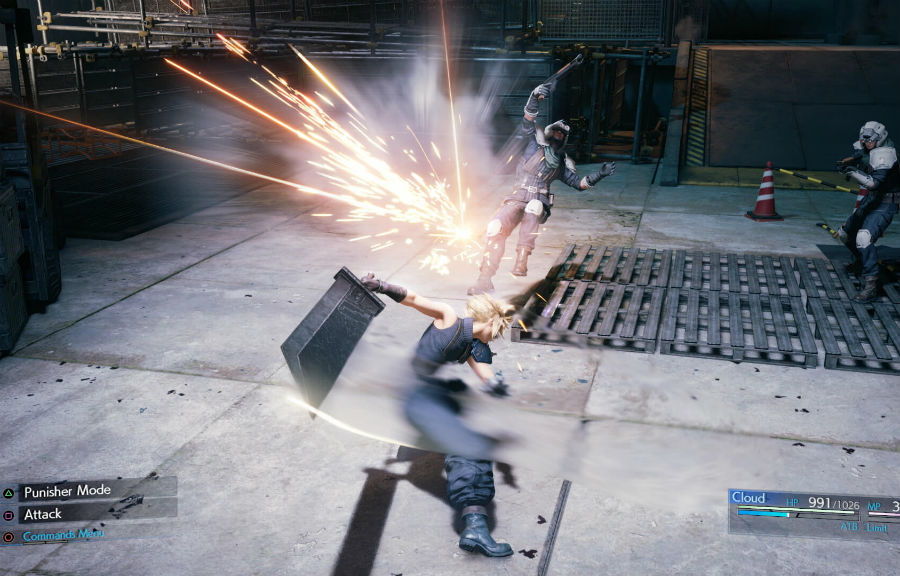 There are other RPG elements that one needs to keep an eye on, like player stats, weapon upgrades, magical upgrades and more. Another thing I really liked in the game is the ability to read an enemy's abilities and weaknesses. It requires you to use one of your abilities and functions a lot like the “focus” used in Horizon Zero Dawn. It's a nice way to help you understand your enemy's weakness and plan your strategies accordingly.

When it comes to exploration, there is a little more than branching paths that you can explore. Sure, there are some open areas where you can indulge in some side missions for experience and rewards but one can’t call this an open-world game. For the most part, it is a tight-knit linear game.

Overall, I am not an RPG fan, but the ability to auto-upgrade some parts of my gear based on my playstyle and an easy to understand elements and abilities system has roped me in an adventure I'm still enjoying. There are times when the game can feel button mashy though. 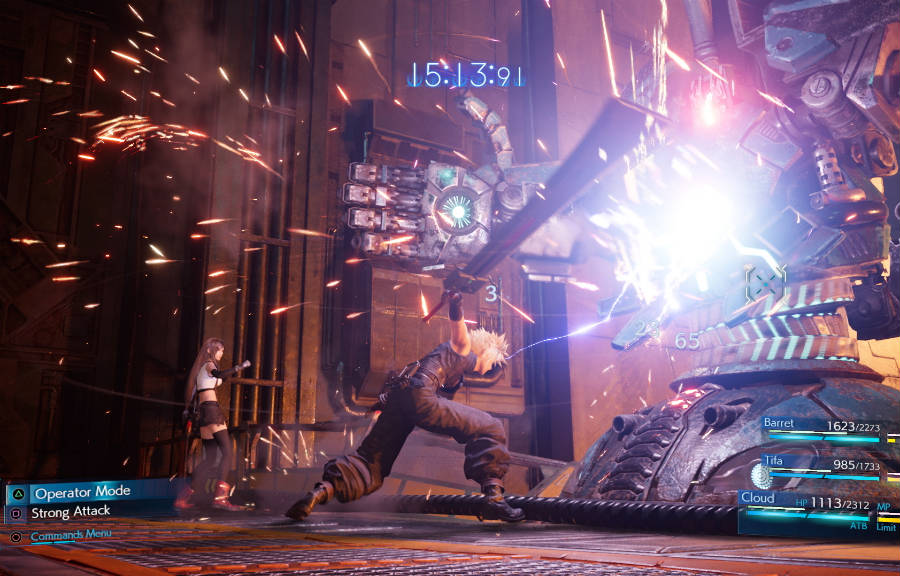 If you were a kid in the late ’90s, you probably saw this movie called Final Fantasy: The Spirit Within and wondered when games would look this good? Well, that time is now! Final Fantasy VII Remake is a gorgeous game with character models that can rival an animated movie. It is a rich lush world from futuristic cyberpunk-like city environments, to sombre villages and even some slum areas, all of them have a distinct look and design making you feel that that the environments in the game are diverse, with each bringing its backstory in a unique way. Amidst all this, it is easy to notice some low texture asserts. Some are right there in your face. The room where Cloud goes to rest has a door that looks blurry, and something out of the PS2 era of games. So do some of the buildings in the slum areas and in some cases, higher resolution textures pop into these places as you approach them making everything a little jarring. This does distract from an otherwise beautiful package on offer. Gears 5 is another game that also uses the Unreal Engine 4 and that game didn't suffer from this issue. 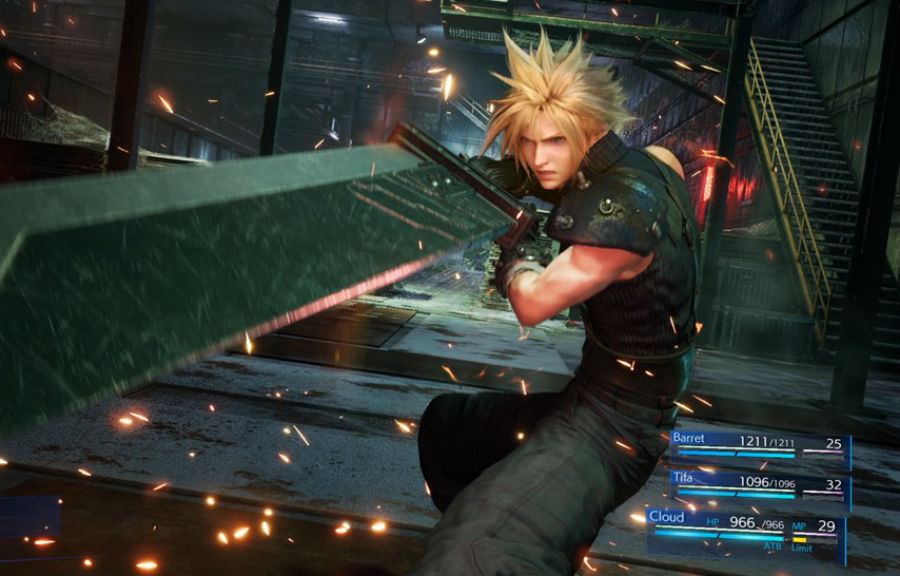 The one place where I love and get equally annoyed with Final Fantasy VII Remake is with the sound. Let's start with the good. The swish and bangs of your sword, gun or fists taking on Shinra soldiers are extremely satisfying. Not to mention the high octave orchestral score that kicks in every time you enter a battle. It is all-immersive. Where the sound suffers is with the voice acting. I feel it is a little too over-the-top for my taste. But then again, this should be expected, considering it is a JRPG game, but I'm not a fan of such voice acting. You may like it, and that's ok. 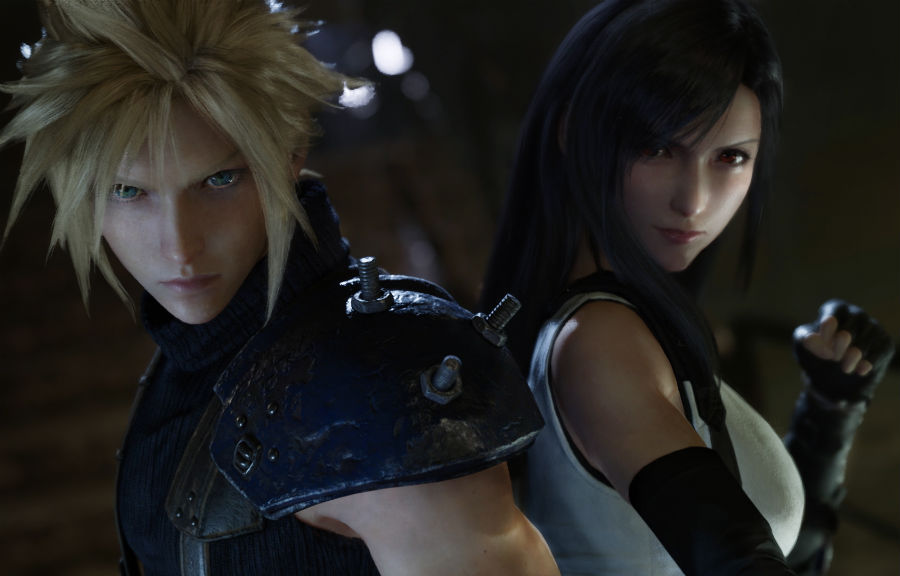 For me, personally, Final Fantasy VII Remake was a pleasant surprise. I'm sure there are those that will love it and those that will have a problem with it, when compared to the original. More than anything, I’m sure the developers are patiently waiting to hear what fans of the franchise think of the game. From a newcomer's perspective, I find the game interesting and intriguing. I loved the lore and story the game is set in. I loved the depth of the characters from a narrative standpoint. I really enjoyed the fighting elements in the game with the various abilities, spells and special abilities. I also loved the art style of the game. Some of the graphical hitches and voice acting does get annoying, but the package on offer is one that will keep you hooked for days on end. I am 20 hours into this adventure and the end doesn't seem to be around the corner.

We played a review copy of Final Fantasy VII Remake.