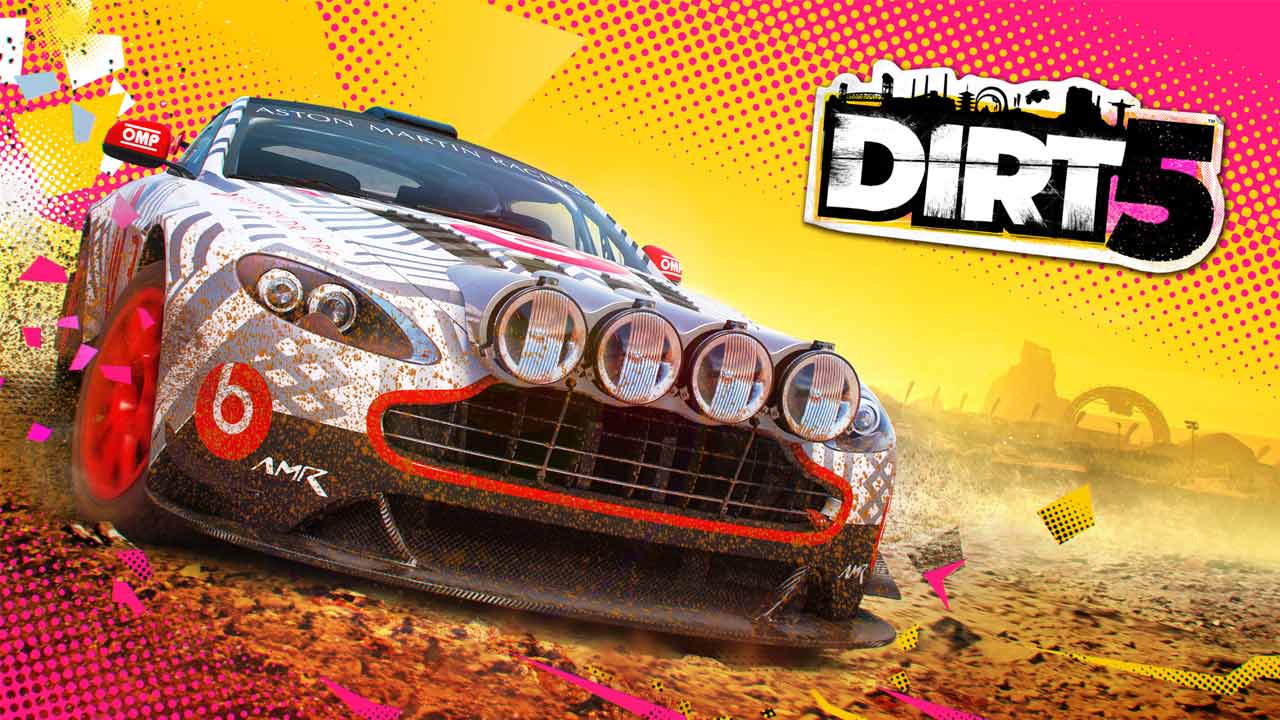 The latest entrant to Codemaster's off-roading racing franchise, Dirt 5, takes a very different approach from its last few predecessors and veers away from being a sim-type racer to an all-out arcade racing fest.

The latest entrant to Codemaster's off-roading racing franchise, Dirt 5, takes a very different approach from its last few predecessors and veers away from being a sim-type racer to an all-out arcade racing fest. And you know what? It's not bad at all.

Like we mentioned above, Dirt 5 is a full-on arcade rally racer. It veers away from the realistic sim racing seen in Dirt Rally 2.0 for example, where you could compare the racing to playing Dark Souls. Actually, veers away is a weak term, it's the complete opposite in this case. Handling is as easy as it gets in Dirt 5. Regardless of how good or bad your car's "grade" is, or how good or bad its actual handling stat is, you will have no difficulty with controlling your car in Dirt 5. While the game is definitely less challenging overall, there's no denying that it's a lot of fun. This lack of challenge can eventually come to bite you in arse as you continue playing for a while, but you'll find yourself back on the dirt in no time after a break. 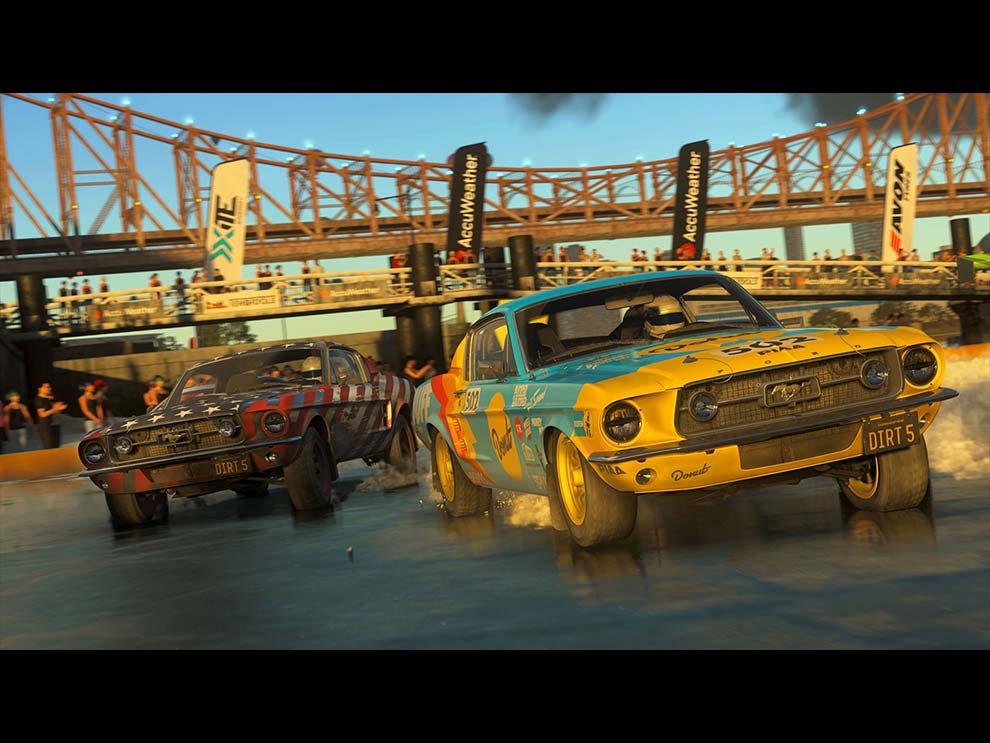 Coming to the controls, you've got a driving school session at the start to get you used to the controls but there really isn't much to it. In Dirt 4 for example, the driving school taught you stuff like weight transfers and pendulum shifts, which were required to perfectly traverse the different tracks. Dirt 5 completely scraps all that. Coming to a turn? Slow down a bit and ease into the turn, or use the hand brakes if you're looking for a drift. This applies to every track and terrain the game can throw at you. We really weren't kidding when we said that handling was as easy as it gets. 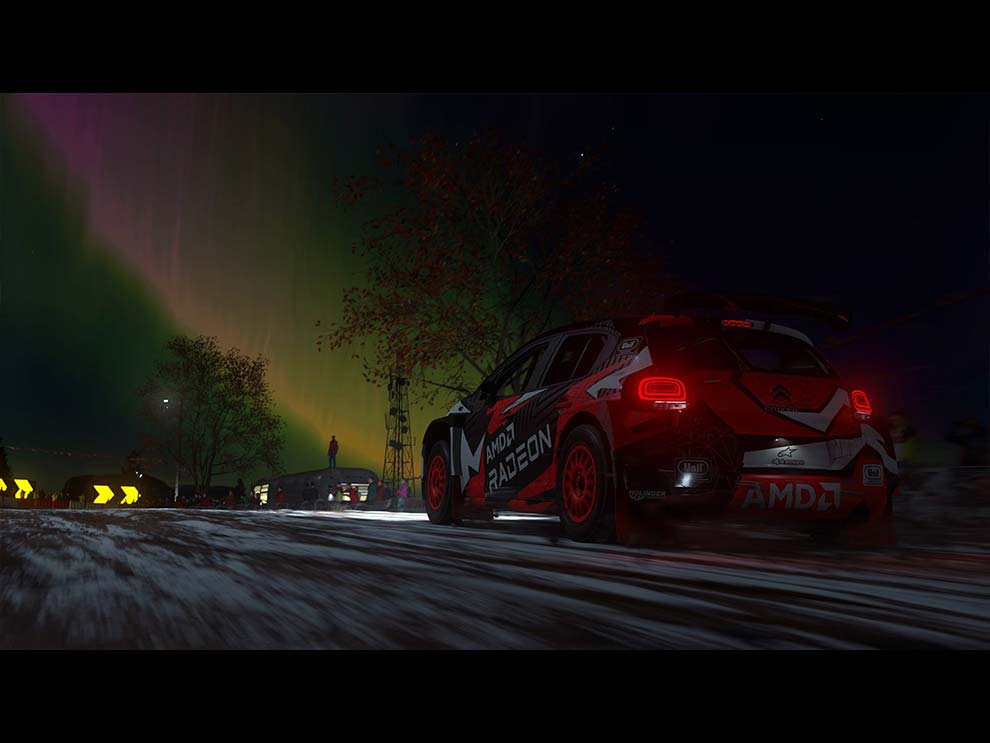 In addition to the plethora of track and terrain options – there are around 70 tracks across 10 locations – the game also features a dynamic weather system. The weather affects the tracks as well. Rains will create puddles, snow builds up on the track as you're racing, and it's a noticeable visual difference as you come back around for lap 2. Notice we said visual. Again, while these little changes affected handling in Dirt 4, it really isn't discernable in Dirt 5. It just looks pretty.

So how does Dirt 5 keep you vested with it's incredibly simple control scheme? For starters, simple doesn't mean bad. Far from it, it's a great way to kill some time without needing to think too much. Plus, you get to look at some gorgeous landscapes while doing it. That's not all though, the game has a lot more going for it as well.

While you have the option to jump right into the action with the Arcade mode, Dirt 5 features a massive five-chapter career mode, with 130 missions or events for you to complete. There's a little story going on as well, which is pretty good, as far as racing games go. The plot is the usual rookie's rise to the top kinda deal, but it's backed by some excellent voice acting by Troy Baker, who voices your mentor AJ, and Nolan North who voices your rival Bruno Durand. On top of that, you have some top-notch commentary from James Pumphrey and Nolan Sykes, which is pretty entertaining. Their commentary does tend to drag on sometimes though, we found ourselves waiting to start races just so they could finish talking. We guess credit to them for actually making us want to wait to start a race? 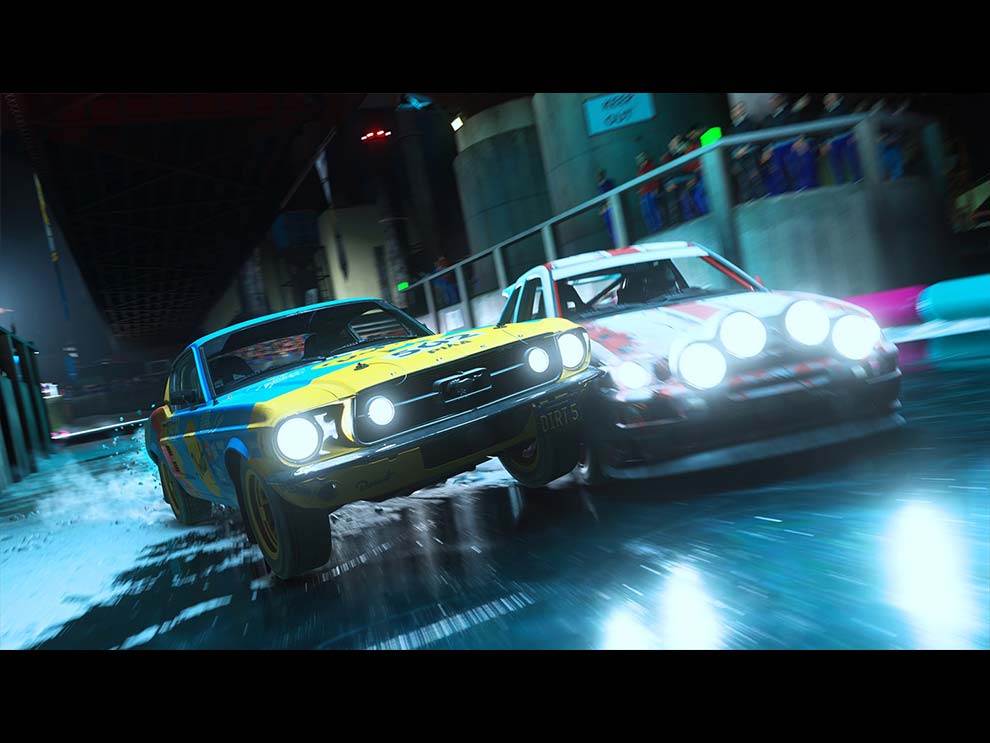 Dirt 5's career mode does a good job of introducing to all the different modes or events the game has to offer. You've got the point-to-point races, the usual laps, a Gymkhana excursion every now and then, all of which will have you sitting in the driver seat of different kinds of off-roading vehicles, from trucks to buggies and more.

Additionally, each of the events also come with individual objectives that you can complete within the race. This could be anything from staying in first place for an amount of time, or completing a certain number of drifts or even just trading paint with another car. These mini-objectives within the race add a layer of complexity to otherwise simple gameplay. 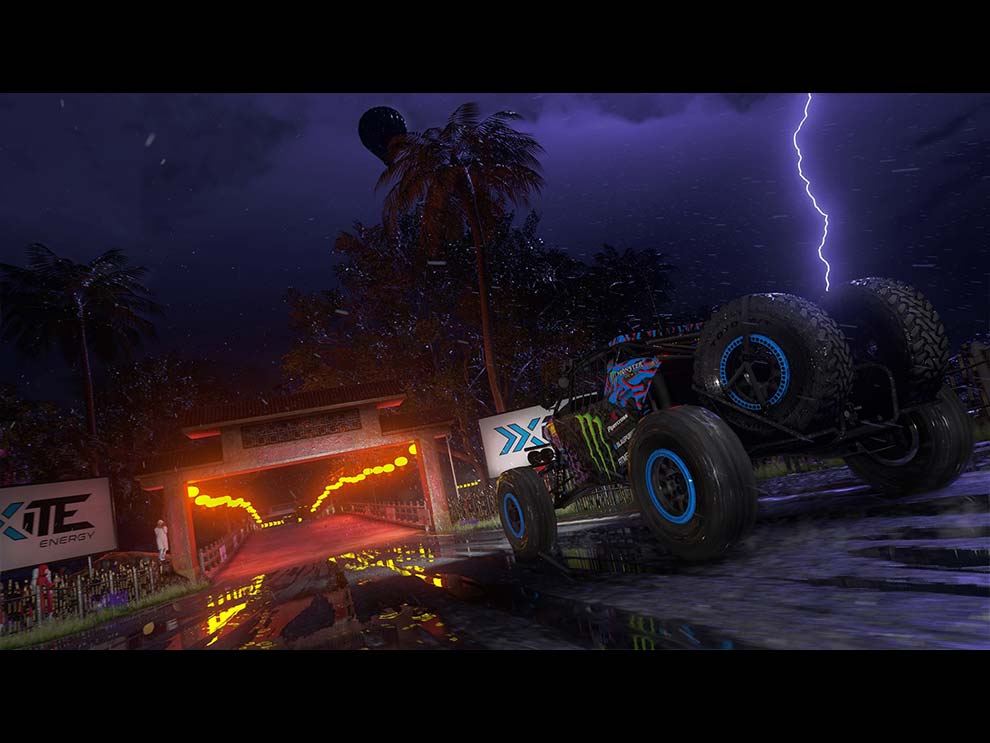 At race completion you're awarded with exp, money and rep, all of which goes towards unlocking new cars, or unlocking customisations for your cars. There are no car upgrades or individual part upgrades for you to worry about, continuing with the theme of keeping things as simple as possible in Dirt 5. Car damage as well, is a non-factor. You can see it visually, but it doesn't hamper performance at all, and you'll be all fixed and ready for your next race at no cost. 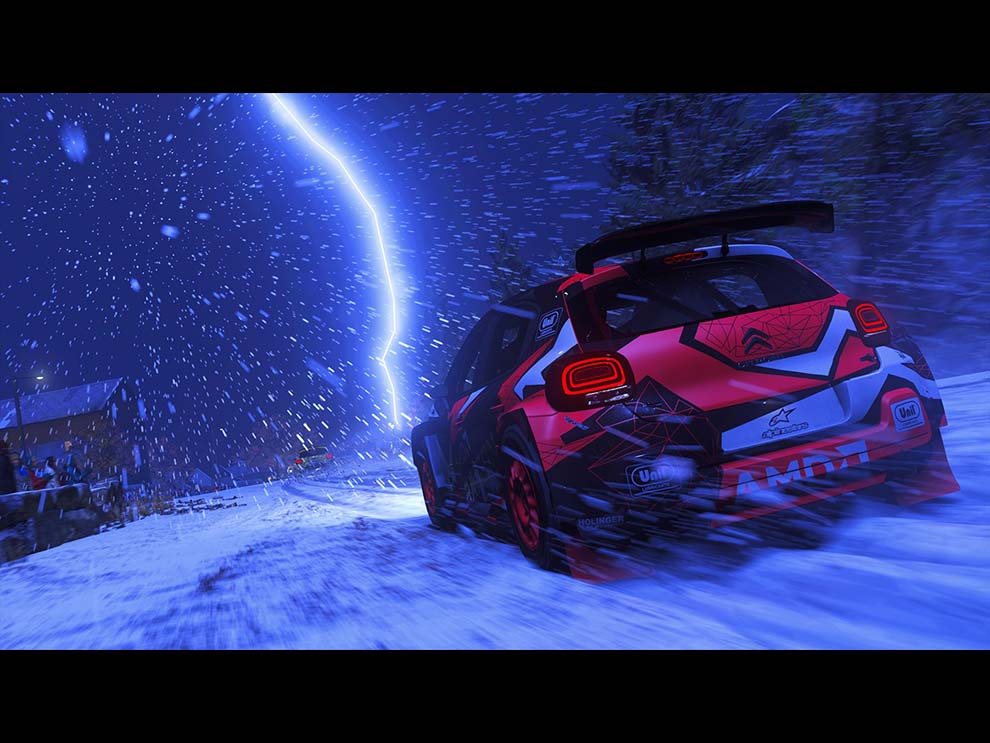 Dirt 5 looks gorgeous. The different track locations, the terrain, the weather, it all looks beautiful. The effects of the track and weather can be seen on your car as well; you're covered in snow as you race through a snowstorm, or your car is coated in mud as you drive through puddles in the rain. Driving in the dark or in bad weather actually affects your vision, forcing you to rely on the dotted lights along the sides of the tracks. There's no two ways about it, Dirt 5 is a very good looking racing game.

Dirt 5 ditches realistic simulation racing and fills the AAA arcade racing void that has been present for a few years now. The only thing that we found came close was NFS Heat, but even that doesn't offer the purely arcade experience that Dirt 5 does. Take this as a warning if you’re looking for a sim racer. This isn’t one. It’s as far from being one as possible. However, if it’s an arcade racer you’re looking for, you've got plenty of variety in races, some great visuals, and easy fast-paced driving.