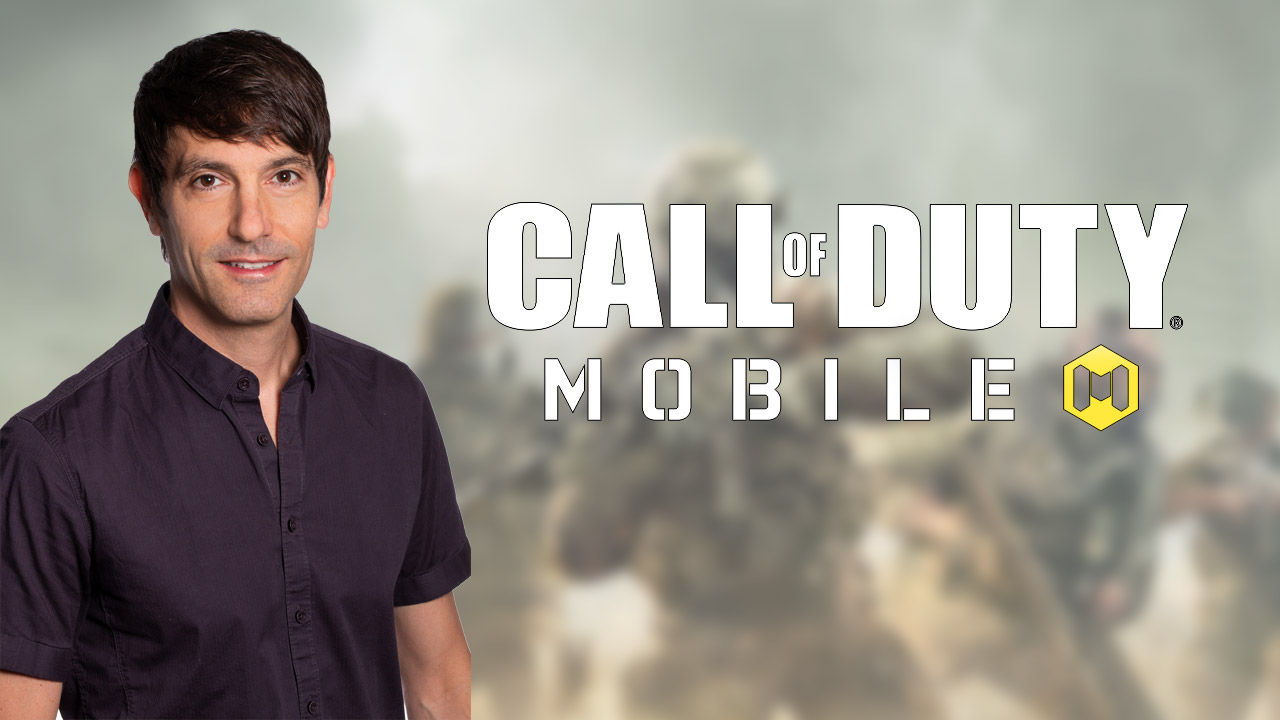 Call of Duty is one of the biggest gaming franchises in the world right now. And it looks like it has its eyes set on the smartphone gaming market currently dominated by the likes of PUBG Mobile. We had a chance to play the Early Access version of the game back in May and you can check out our first impressions of that version of the game here.

Now though, the game is finally available for everyone to download and play. We had a chance to chat with Chris Plummer, Activision’s VP, Mobile just a few hours before the launch of the game. We talked about what makes the game different from PUBG Mobile, its monetisation plans, and more. Here’s an excerpt of the conversation.

Digit: Congratulations on the official launch of the game, Chris. We had a chance to play the early access version of the game and it was quite fun. Looking forward to the full release tomorrow.

Chris: Thank you very much. I’ll pass it on to the team. I really appreciate it.

Digit: PUBG Mobile is THE big thing when it comes to mobile gaming in India. What is Call of Duty Mobile bringing to the table that’ll be different?

Chris: I think that's a great question. I mean, our goal with Call of Duty Mobile is to really set a new standard for what the mobile first person action game can be. Like bringing together the things that make Call of Duty such a unique and legendary intellectual property in the shooter world. It starts with the production values and the performance. I think when we look at how the game plays, looks and feels, there's definitely a different level of AAA polish on the controls, on the feel of the gameplay, the feel of the weapons. This, we think, is very unique and very familiar to Call of Duty fans because it's something that's been a hallmark of the franchise, and stuff like paying attention to the feel, the performance, and the way that mechanics play out. This is a true Call of Duty the experience. I think that the first thing is just execution. The second is just bringing together maps, and modes that have been battle tested over 10 years in Call of Duty games worldwide. This is something that none of our competitors can claim. We're not experimenting for the first time with some of these features and layouts for maps. These have been battle tested with millions and millions of hours of play. We know which maps are great and we've refined them for mobile to make sure that they work even better on mobile devices. So, it's the combination of the Call of Duty style production values and attention to detail, polish and control, combined with unique maps and modes as well as content that really sets us apart from what any of our competitors are doing.

Digit: So PUBG Mobile has been hosting a lot of tournaments, and at least in India, has done quite a bit in informing everyone about competitive gaming. What will Call of Duty do in this regard?

Chris: If you played in the Beta, you may be familiar with the ‘ranks’ mode that we are launching it with. So, you can play in a normal match, or you can play in the ranked match, which is really our competitive mode, which we launch out of the gate with. I think that's just the beginning. So, as players get familiar with the maps, the controls, and the mechanics of Call of Duty Mobile, they can expect to see a more robust, competitive feature set and offering over time. At launch, it is our ranked play. Of course, we also have clans, and the clans are also ranked. There’s also leaderboards for both individuals and clans, but expect the feature set to expand over time. 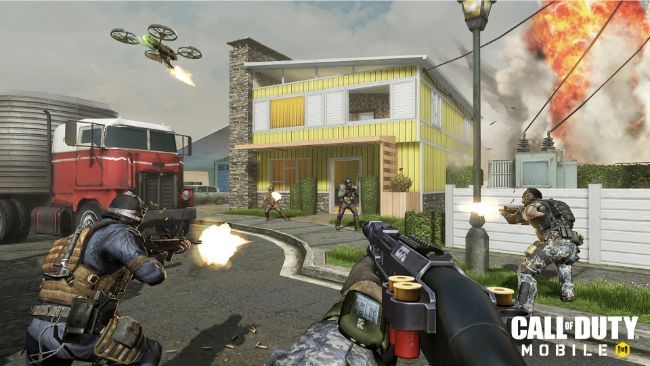 Digit: So, I had a chance to play the Early Access Beta version of Call of Duty mobile and I noted was that there were certain skins which you could get, that would give the player additional abilities such as speed boosts, faster reloads, and things like that. Won’t this give paying players an unfair advantage?

Chris: If you play the game, the release version, you'll see that the things like the perks and the chips that provide perks are available to everybody, I mean, you can just play the game and earn those. So it's a pretty level playing field. Even the rarer weapons and things are largely cosmetic. The focus for us is on fair and balanced gameplay. For competitive play, it's a very even playing field. And that's why, for example, we have different matchmaking lobbies in our battle royale mode. if you're playing third person or first person. We also only allow certain control configurations. And that's to keep things balanced. So that's something that we pay extra attention to. And even with the things like the chips, and so forth, they can give you perks, those are all features that you can grind and just play matches to earn.

Digit: So, is it possible for me to play Call of Duty Mobile, without play anything, but still be competitive online?

Chris: I think the best answer to that is to kind of look at the Beta test where for the first half, there was no monetization in the game. Players were able to play and compete without monetizing at all. I mean, it's really if you want to express yourself more, you can make direct purchases of things, or you can earn them through battle pass. Now, since we introduced monetization, we're seeing that players that choose to engage in the premium battle pass versus people who are playing just for free, both are having a kind of an equal road on it. We want people that are really enjoying the game to have ways they can engage with it, and purchases they can make that will allow them to, kind of, increase their enjoyment through having expressive features and so forth. We think it's pretty balanced.

Digit: Are there any plans on launching a ‘lite’ version of the game to cater to those with budget devices?

Chris: Well, that was was actually something we're exploring and just trying to assess whether that's feasible. I mean, we definitely would like Call of Duty in the hands of as many people as possible and I know everyone doesn't have some newer generation devices. For us, it’s an important thing to explore. We haven't yet determined if we can retain the same quality and experience. But if we can, then I think that's something that we want to pursue. 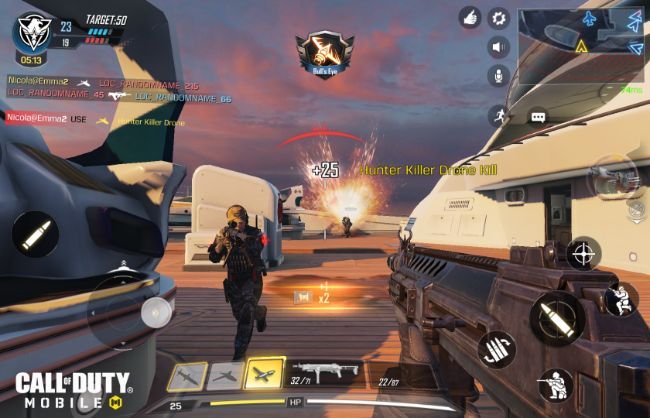 Digit: Fortnite and PUBG keep releasing new features on a regular basis. Will we see something similar from Call of Duty Mobile?

Chris: We're committed to providing an experience that is always evolving, and the game will always be improving. And so I think, across the board, you're going to see content, features, live events, and a wide range of improvements to the game over time. And we listen to our players to help form that. In our Beta period, we made many improvements to the game through player feedback. That's something that we have to continue as we move forward.

Digit: With the new Call of Duty game coming out (Call of Duty: Modern Warfare), will we be seeing some maps from the new game making their way to Call of Duty Mobile?

Chris: Each Call of Duty game is unique and for us, it's important with Call of Duty Mobile to try and combine the best of both the Modern Warfare and the Black Ops universes, and bring them together. So it's the best of experience. And so, as we watch the launch of Modern Warfare and see what players enjoy the most about that, if there is content that feels appropriate for Call of Duty mobile, then that's definitely something that we're going to be taking a close look at. Clearly, our Call of Duty Studios that built the Black Ops and Modern Warfare series of games have been instrumental in the content that you see and experienced in Call of Duty Mobile and so we don't expect that to suddenly stop. That is something that will definitely be continuing. It's one of our competitive advantages to bring a quality content that is unparalleled, especially related to our competitors. So, I think you can look forward to those types of things in the future. I'm not going to speak to specific mastering content, but we have what we think is a very competitive offering straight from the start, and then we'll continue to build on that over time. 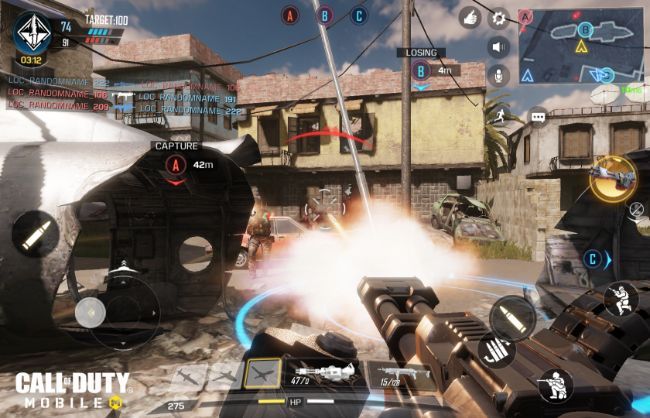 Digit: Could you shed some more light on the Battle Pass that will introduced in Call of Duty Mobile

Chris: So, we feature a freestyle pass, which allows you to play across all modes, including Battle Royale and multiplayer suit and make progress against the Battle Pass, and unlock content for completing tasks within the Battle Pass. We also have a premium Battle Pass, which allows you to unlock additional content on top of that, if you like that type of content, and that will purchase the path that unlocks the ability to earn those rewards. So that's something else that we support for players that want that content, and maybe don't have as much time to play or that started later in the month. And we’ll continue to update the battle pass with different seasons. We're launching a new battle pass for our first season and we will see new seasons with different themes over time. We're pretty excited by the player reaction to the new battle pass that we’re rolling out right now. Some of the folks have already seen what it has to offer and everyone else will see it tomorrow. It’s something we're very excited for.

Digit: Thank you so much for talking to us Chris, and once again, congratulations on the launch.

Chris: Thank you very much. I really appreciate your comments and questions. We’ll see you in Call of Duty Mobile.