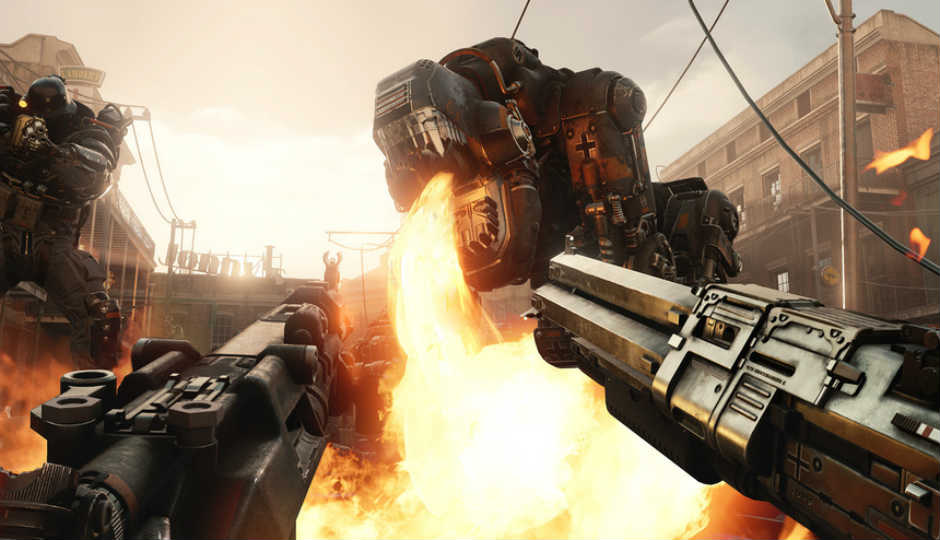 Shadow of War, Assassins Creed Origins, Age of Empires: Definitive Edition and more are a part of this list. So get ready to spend all your savings!

A Successor to Middle Earth: Shadow of Mordor, Shadow of War expands on everything that made Shadow of Mordor a great game. The Nemesis system is back and is bigger than ever. The game boasts of more than 50 hours of gameplay, dynamic enemy generation and a whole lot of loot. The game was criticized for its micro transactions but if international reviews are to be believed, then the micro transactions don't affect the overall gameplay.

The 13th game in the GT franchise, Sport is the first to release on Sony’s PS4 and PS4 Pro platform and will be compatible with PS VR. If you own a PS4 and are looking for a racing simulator then you can definitely look forward to GT Sport.

A sequel to 2014’s Wolfenstein: The New Order, you don the role of William BJ Blazkowicz. The game is set in the alternate universe where the Nazi won the war and are now ruling America. It upto Blazkowicz to put on a suite of armour, carry a ton of guns and get shooting.

Ubisoft’s annual franchise was on a break for one year, and is back with an origin story that takes place in Egypt. Ubisoft says that it has revamped the combat, stealth and traversal gameplay and we are looking forward to the birth of the brotherhood.

No games list is complete with a Call of Duty game and this time, Call of Duty is going back to its World War roots. Multiplayer and Zombie mode has always been a hallmark of the franchise and we are looking forward how these modes will work in CoD: WWII.

From the masterminds that brought you the Burnout games, comes Need for Speed Payback. The game is set in the underworld of Fortune Valley. It is your job to take down The House, a nefarious cartel that rules the city’s casinos, criminals and cops. From what we’ve seen of the game, it looks very cinematic and action packed.

Star Wars Battlefront was a great multiplayer game and EA has done everything in its power to double the number of maps, playable characters and vehicles. The game this time around has a story mode too. The game features  24 players and 40 AI ships for those interested in engaging in dogfights.

If you own an Xbox One and enjoy driving simulator games, then you don't need to look beyond Forza 7. The game boasts of more than 700 cars, dynamic weather and more than 200 different configurations to race on across 32 locations. If you are planning on getting your hands on Microsoft's Xbox One X, then this will definitely be a worthy investment for 4K gaming.

From mastermind Shinji Mikami, The Evil Within 2 is the latest evolution of survival horror. Detective Sebastian Castellanos has lost it all. But when given a chance to save his daughter, he must descend once more into the nightmarish world of STEM. Horrifying threats emerge from every corner as the world twists and warps around him. Will Sebastian face adversity head on with weapons and traps, or sneak through the shadows to survive.

Age of Empires launched 20-year ago and is back in a definitive edition. It brings back all of the officially released content with modernized gameplay, and all-new visuals. The game boasts of over 40 hours of updated campaign content with new narration and pacing. All those of you that have a state of the art PC, can enjoy the game in 4K.