Why LG's webOS acquisition may be great (or awful) The big news this week has been the acquisition of webOS by LG from HP for an undisclosed amount. You will remember that HP itself acquired Palm and its webOS software in 2010 for $1.8 billion but was unable to use the OS to turn a profit. While HP acquired webOS to make a move into mobile devices, culminating in the ill-fated TouchPad tablet (and a few smartphones), LG intends to use the OS on its Smart TVs (although the Korean company has said that it could also use the OS to power some of its other smart devices). At first glance, that decision does seem strange, after all in spite of the fact that webOS never managed to create much mainstream buzz, it is still adored by its fan base for its potential as a smartphone and tablet OS.

So, if it doesn't intend to use the OS for its smartphones, why did LG buy webOS?

Saying that LG phones won't run webOS (at least in the foreseeable future) isn't a risky assumption. LG has already put all its eggs in the Android basket (alright, maybe some eggs also in the Windows Phone basket) and while LG phones aren't exactly setting the world alight, they aren't doing too shabbily either. It would be too big a risk for LG to make a webOS smartphone now, especially in a year when the company has come out publicly and said that it intends to double the number of smartphones it sold last year.

One of the biggest advantages of webOS is that not only is it a full-fledged operating system, but it's also heavily aligned towards the cloud and is open-source (based on Linux). This, in turn, gives two strategic advantages to LG: by deploying an OS that relies on the cloud on its smart TVs, LG TVs won't require overly powerful hardware which could mean that the TVs will be cheaper to build and can be sold at a lower price than the competition. Being open and cloud-reliant also means that LG televisions can adhere to common Web standards that already have developers' attention. Plus, adopting common standards is an extremely lucrative proposition for a smart TV, as it will result in more apps and quicker development cycles.

There is however one other reason that LG has said drove its acquisition of webOS and it has nothing to do directly with the OS itself. While speaking to Digital Trends, John I. Taylor, Vice President of Public Affairs and Communications at LG Electronics said that the company was impressed by the people working on webOS and wanted them to develop and improve the software for its smart TVs.

However, like in the case of almost everything almost everywhere, it won't be a smooth ride for LG. WebOS has never actually been deployed widely in anything other than smartphones and tablets and especially not TVs which means that LG will have to ensure that the webOS interface (designed for touch) works with a remote. Also, while webOS may be loved by a passionate community, it's still a small community that will have problems scaling up, if LG wants to focus on high volumes for its smart TVs. Relying on web standards may be the solution to this problem, but that also means that LG will have to take the risk of having very little that's unique about its smart TVs.

It will be interesting to watch how LG integrates webOS into televisions, and also to see if webOS can actually emerge as a powerful OS for devices other than mobiles and tablets. 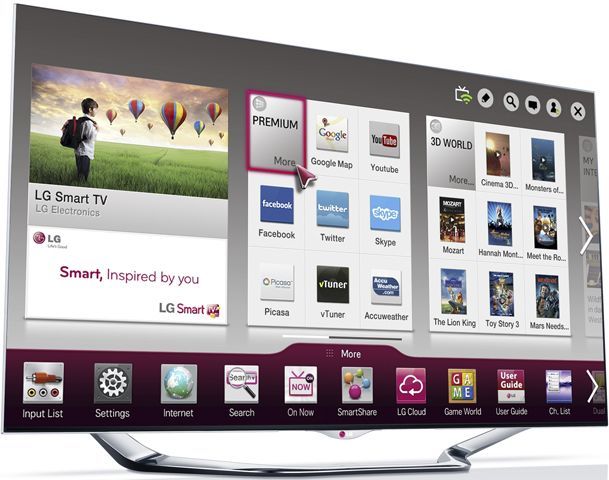