Why Apple's next project should be a TV 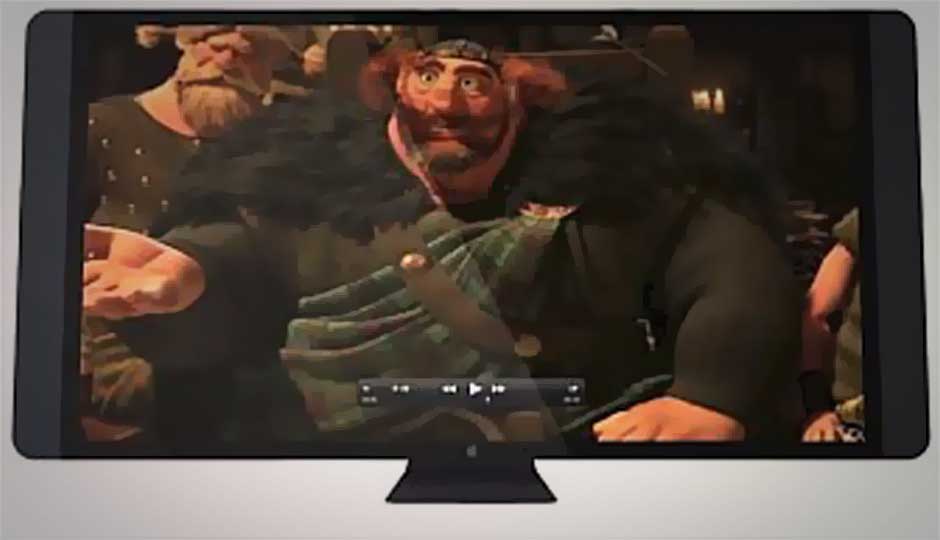 "We're in a period now where there's kind of a lull in innovation so I wouldn't expect to see a creative leap from Apple for maybe a few years."- Former Apple CEO, John Sculley speaking to CNBC.

"We're really aware of the competition as well. We don't have our head stuck in the sand." - Apple CEO Tim Cook speaking to shareholders.

“8k for this piece of junk. Only an Apple lunatic with waste money on this (sic).” - A comment on our story: “Apple TV in India: What works and what doesn't”

Hating Apple is not a new trend. Apple products have always suffered the brunt of criticism from consumers (who, ironically, have almost never owned an Apple product) for their high prices, for the way the media - almost reflexively - brands them “premium,” and for the way Apple's marketing gurus adopt certain technologies with such zeal that they will themselves to believe that Apple invented them (see: Retina Display).

However, for the first time in a while a lot of the blame seems to be focused on Apple's lack of innovation. And in spite of being the owner of an iPhone 4S, and someone who loves iOS, I have to agree with a large part of that criticism. But let's be honest: is it really surprising? Apple is an innovative company, there's absolutely no doubt about that, but history has shown that with respect to individual products there is only so much that Apple has done with respect to innovation. Take for instance, the iPod. The iPod was a massive product at launch, a product that was as much responsible for bringing about an upheaval in the way we consume music as the entire Napster saga. For the first couple of variants, the iPod saw massive evolution between generations till the point that the iPod Touch was released. Since then, the iPod has seen respectable sales but it's settled into a comfortable niche that sees incremental improvements every year. The same can be said about products like the MacBook Air, or the original Macs, or the original Mac OS (the iPad is maybe two years away from settling into the niche) – Apple products break into a pre-existing (or ignored) segment and make it work, and then a couple of iterations later, settle into a groove.

It's pretty clear that as popular as the iPhone is, it will be difficult for it to make waves the same way that the original iPhone did. Which means that Apple should now look at another segment to turn on its head.

And that's where televisions come into the picture. 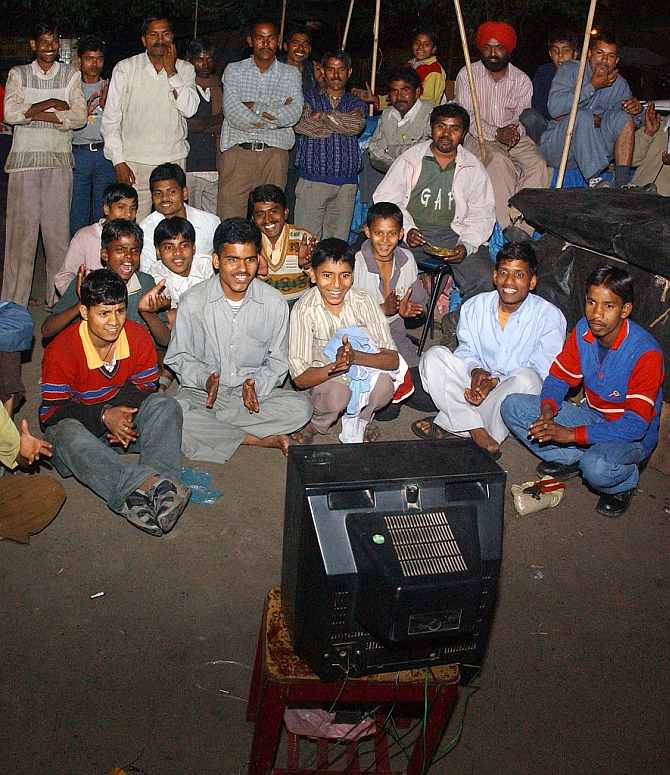 The TV segment is worth a lot of money. Apple knows that, Samsung knows that, Sony has always known that (yet it is intent on losing as much market share as quickly as possible). The user-base catered to by TVs is huge for both content providers and hardware makers. However, unlike Sony in the 80s and the early 90s, the TV market doesn't have a single company driving innovation. Samsung is trying its best to capture the market with its Smart TVs but has yet been unable to gain much mass traction.

If Apple does decide to enter the TV market, it'll have plenty going for it. First, there's the Apple factor which will ensure that there is a healthy number of first adopters and media attention. But beyond that, what really works for Apple is the popularity of its ecosystem that already includes a tremendous amount of content; content that's also being delivered by televisions. Since Apple also has relationships with content creators (like music labels, movie studios) and content distributors (like Netflix and Hulu), it shouldn't be too difficult for Apple to procure content for a TV service that's built into the TV itself.

Moving on to hardware, thanks to its iMac computers and Macbook line-up, Apple has experience with display components. Also, its partner-in-crime, Foxconn has experience in making televisions – so, even when it comes to hardware, Apple already has the groundwork laid out.

Here's What We Want the Apple Television to Be:

If Apple wants to move beyond phones and tablets (and I'm sure it does), the television segment looks to be ripe for investing. Apple's plan for televisions needs to be cohesive and needs to bring together all of its strong points. This is what the Apple television should have:

With more and more people opting out of hooking up to a traditional cable system and increasing reliance on the Internet for content, Apple needs to ensure that its TV can connect to the Internet with as much ease as an iPhone or an iPad, and can also procure content with the same ease.

2. Well-Suited for Traditional Cable as well

As popular as the Internet may be, there's no denying that traditional cable is still king. If Apple doesn't want to cut out a large portion of the TV watching public, it will have to ensure that the Apple Television is compatible with traditional cable standards as well. Of course, Apple could just decide that it only wants to cater to the cord cutter crowd, but that'll be a huge risk and will probably allow companies like Samsung, LG or Sony to corner part of the market, especially in developing markets like India.

Imagine an iPhone/iPad user navigating her TV's menu/functions using the interface she's most comfortable with. That single image is powerful because it takes something like a TV - with its complicated remote controls and dozens of menus, and makes that immediately accessible. After all, this is exactly what the iPhone did too. In a time when Nokia smartphones ruled the world, the iPhone's simple grid-based interface without a maze of menus and sub-menus won it acclaim. It's a no-brainer that in order to make its TV attractive to millions of Apple customers, Apple should have its TV run iOS. Of course, there should be a second layer to the OS to incorporate the different things that come with running on a TV. But overall, Apple should completely exploit the love that its customers have for iOS.

This point deserves (and will be a part of) a separate article but here's the short version: the Apple Television should be able to function as a gaming console as well, letting users play their iPhone games on the big screen using either the iPhone/iPad or by selling separate controllers. If Apple were to let users plug in/dock their iPhone/iPad to the TV so that the game is actually being run on the tablet/phone's powerful hardware and displayed on the TV, it would be a game-changing feature (no pun intended).

Similarly, the right type of apps for the TV screen would work. I would imagine that apps related to photos, news, weather, tasks would do fantastically well on a large TV screen.

This is again not something that needs much thought. Just let iPhone/iPad customers use their devices to control the TV through an app. If you don't have an iOS device other than the Apple Television, you should be able to buy an iPod-like touchscreen remote.

If Apple decides to launch its own television sometime during the next two years, it has to be able to support 4K resolution. Restricting resolution to simple 1080p HD or slightly higher will be stupid. I know it's pretty obvious but sometimes it's worth stating the obvious. 4K, Apple, 4K.

Look, I know if Apple ever does release a TV, it will be really expensive, maybe even prohibitively so. Now, Apple can either sell the TV at that high price but pack in tons of features and accessories (and 4K resolution support and maybe also free limited time subscriptions to online streaming services) to make the price look some what reasonable, or Apple can price the TV competitively and have it be a sleek simple package that will entice more buyers.

Oh, who am I kidding, of course it will be expensive.

Let me get back to the point I raised in the beginning of the article. Apple needs to focus on something new to innovate and... as I type this on my computer, a Tweet Deck notification pops up informing me about the iWatch. Maybe the iWatch is the next innovation for Apple but I do firmly believe that the television segment is wide open for a systemic upheaval.

With so much free, quality content available on the Internet, it's absolutely strange we continue to spend so much money on an outdated means of getting our daily dose of infotainment. An upheaval in the television segment would not only mean changes for TV manufacturers but also for content creators. I believe that this is a segment that needs something new, a paradigm shift that changes the way we use the idiot box in our living rooms and bedrooms.

And, for all its faults, nobody does paradigm shifts quite like Apple.