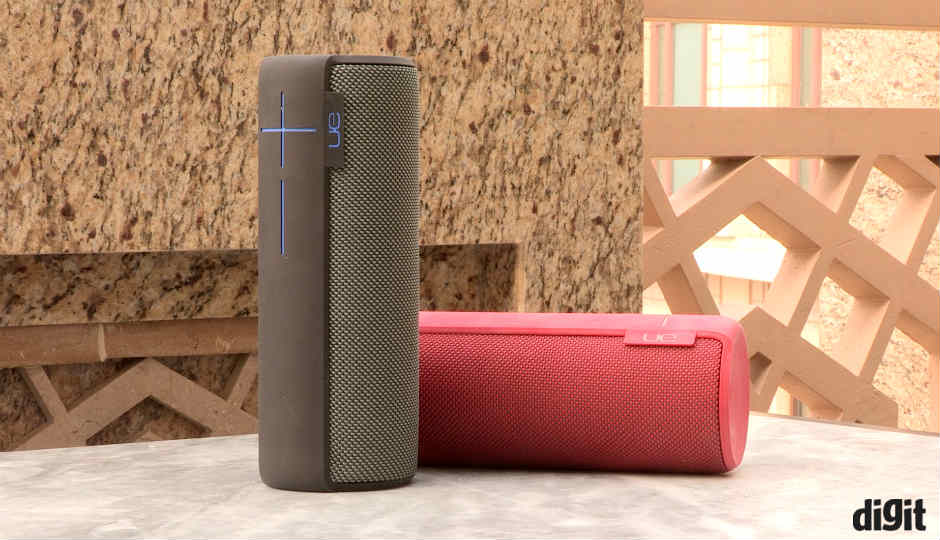 Ultimate Ears’ Boom 2 has been one of our favorite bluetooth speakers for a long time. It sounds good, is easy to use, water resistant and offers a good battery life. The company has now one upped the ante with the new UE Megaboom. According to UE, the Megaboom is bigger, louder, waterproof and packs 20 hours of music playback. We had the chance to play with the speaker for a bit at the launch event and here are our initial thoughts.

Right off the bat, the UE Megaboom looks starkly similar to the UE Boom 2. It has the same tried and tested design. The cylindrical front has rubber endings on either sides and a broad strip joining the two ends. The rest of the cylindrical speaker has a stitched thread exterior, which is easy to hold and nice to touch. The Megaboom is 8.3-inches high and has a diameter of 3.3-inches. It weighs about 875 grams, which is a tad heavier than the UE Boom 2. Although, in the small time we spent with the device, it didn't feel very heavy. The other good thing is that unlike the UE Boom 2, which is just water resistant, the Megaboom is waterproof (IPX7 certified). 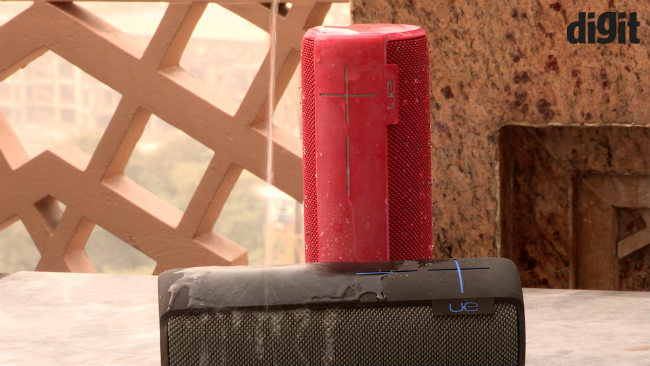 The functionality and supplementary app are pretty much the same as we have seen on previous UE devices, which we do like. You can still pair multiple UE devices and play music simultaneously. Company officials told us that they have tested the the simultaneous music capability with more than 100 speakers at once. While not everyone will be pairing 100 speakers at once, one can basically do left and right channel separation for the audio via the app with two UE speakers. 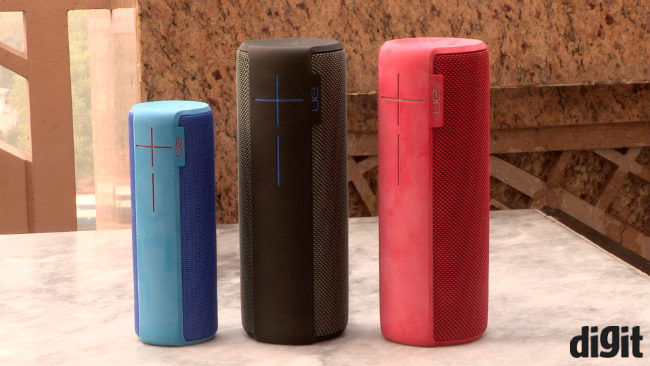 Audio output seemed as good as the UE Boom 2, if not better. The speaker has 360 degree audio output, which makes it convincingly loud all around. Like the design, the audio signature is also quite familiar and pleasant. From the couple of tracks we listened to, the audio felt clean, warm and beautiful.

You get standard connectivity via the 3.5mm headphone jack and Bluetooth A2DP is supported. UE also continues to update its speakers through software patches pushed through the app. The bigger shell promises larger battery and UE claims 20 hours of music playback on a single charge, which should be more than enough for most. The UE Boom 2 we reviewed previously clocked 20 hours and 14 hours of music playback on single charge, which is 3 hours more than the company's rating of 17 hours. Hence, we expect the UE Megaboom to perform better. 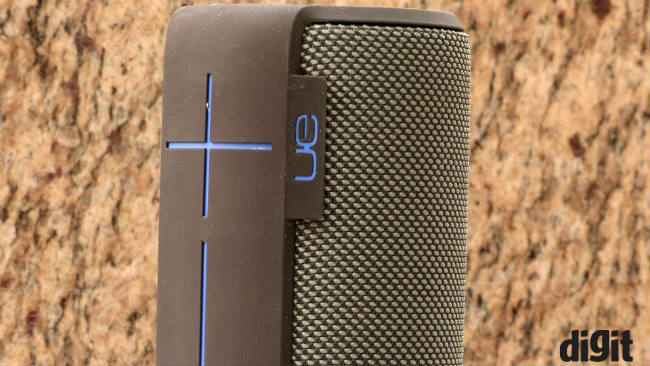 Priced at around Rs. 19,995, the MegaBoom is somewhat pricey. But, as Charlotte Johs, General Manager of Ultimate Ears told us, it is a better product as well. Still, does it justify the price? Well, our initial impressions are quite positive and considering how closely it is priced to the smaller UE Boom 2, it seems like a good purchase for the price. Although, we would lay out our final verdict after a thorough review in the coming days.