The New Apple iPod Touch: Is it worth buying? 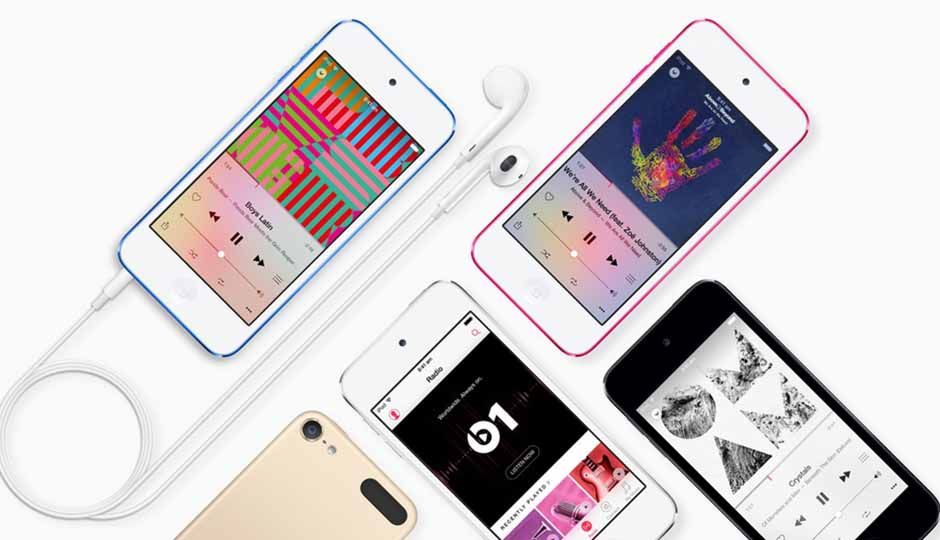 It has been a long time since smartphones started doubling up as fully functional audio players. Large storage spaces, bigger screens and decent audio chips inside smartphones meant that nowadays, your old portable media players (PMPs, as we knew it then) are cool, vintage toys you grew up with.

Apple’s iPods have a somewhat similar story. Outrageously popular at a point of time, the iPods brought in ease and simplicity of usage within a neat, attractive package. In fact, it was this device that made way for the iPhone’s advent in 2007. Now, after almost eight years with iPhones, the iPod was an almost-forgotten enlistment in Apple’s product charts until recently, a leak in one of the photos in iTunes 12.2 gave rise to speculation regarding an upcoming iPod.

Well, it is here. The new iPod lineup gets newer colours, and the iPod Touch gets a hardware update for the first time since 2012. The new iPod touch gets the 64-bit A8 chip that runs the iPhone 6 and 6 Plus, along with an 8-megapixel camera that is capable of recording videos at 1080p and slow motion videos at 120fps. Apple has retained the 4-inch display, and increased storage options up to 128GB. Essentially, the new iPod Touch is a slightly pumped-up version of the iPhone 5s. Prices start from Rs. 18,990 for the 16GB version.

The new iPod Touch will run iOS 8.4, which will come preloaded with Apple Music. With the improved processor, ample storage and the OS upgrade, you can now run most of the latest games and applications on the iPod. The camera has also received an upgrade, meaning that you can now take decent photographs with your iPod too. If you are in or around wifi connectivity, the iPod makes sense as a new, sub-20k Apple device that will allow voice calls over internet, like FaceTime Audio. It is also a good gadget to gift children, if you don’t want them to extend your phone bills.

Apple Music is also integrated into the iPod, and with Apple’s excellent Rs. 190/month family subscription plan, you can gift your kids the new iPod and include them in your subscription, thereby giving him/her access to a vast world of music.

This, primarily, is what Apple is banking on with its new iPod Touch.

But really, the family subscription plans are not specific to Apple devices, and your kids are more likely to want a smartphone anyway. For Rs. 18,990, there are a number of Android devices that are really good performers. We have come across a few stellar smartphones with excellent camera quality, decent audio and seamless performance in the sub-20k category, in recent times. Plus, with an Android launch of Apple Music coming up soon, why would you want to spend nearly 19k on a device that will work and look like an outdated iPhone?

Despite the new colours, the new iPod Touch retains design cues from the old iPhone 4s. While that does not look too bad, to be honest, it is difficult to agree that buying a device featuring a four-year-old design really makes a sensible purchase.

It seems like Apple made a hasty decision to throw a few in-house upgrades to a device that was sure to be shelved, only to try and promote a new music streaming service that Apple is heavily marketing. The iPod Touch does have up-to-date firmware now, but it is really hard to see why would anyone choose to buy a music/entertainment device for apparently no added benefit, seeing that you get all of these features in a phone.

Personally, I would have loved it had Apple tried to resurrect the iPod Classic, throw it a vast 160GB storage, add a touch-enabled display and update the firmware. That would have been a real point of attraction for audiophiles and music enthusiasts who never have enough storage on their phones to fit in all their music and videos. Unfortunately, that is wishful thinking, and Apple’s "best iPod Touch" is really not a device that makes sense to buy.

Add groove to your party with ZOOOK’s new Karaoke range – Legend, Dual Thrust and Karaoke01
Optoma introduces the WUXGA Projector series with up to 21000 lumens of brightness
BoAt launches the Airdopes 111 true wireless earbuds with up to 28 hours battery life
Advertisements