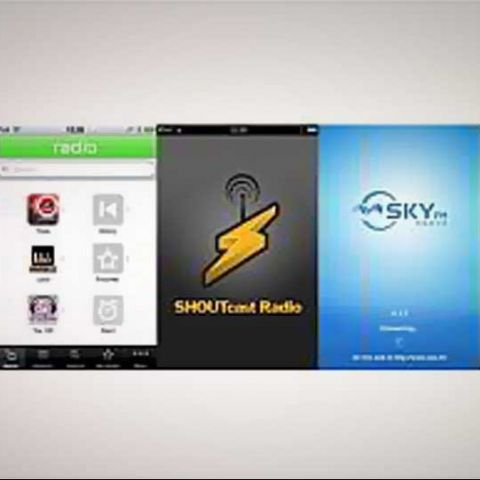 Bored with listening to the same songs repeatedly on your phone? Or are you just plain too lazy to refresh that library on your iPod? Is there is a solution? The answer lies in music streaming.

Essentially, with music streaming or online radio you will be using the power of a nearby Wi-Fi connection or the data plan from your mobile service provider. The advantages include a huge variety of songs available instantly, multiple genres and stations playing back music you like, and even the ability to record content, if your app supports that.

However, if you aren’t using Wi-Fi, do keep an eye out on the data usage monitor, and switch to another plan if need be - to avoid getting a huge data bill at the end of the month.

TuneIN Radio is possibly the neatest streaming app out there, with more than 40,000 local radio stations. The clean division across genre and categories, with sub-categories, helps make search easier. You can set stations as Favorites, which helps since the separate Favorites tab takes you straight to the marked stations the moment you open the app.

The wide range of music channels on TuneIN Radio will ensure there isn't a boring moment. If you are a fan of talk shows, news updates and even sports commentary, then this is the app for you. Listening to the commentary of a Barclays Premier League match was something we did for the first time, and enjoyed it! We were quite impressed with the clarity of streaming, and that this app pauses to buffer the least amount of times, and runs well even on slower broadband connections.

Live365 has a visually appealing interface, with an image accompanying every single genre category, and there are quite a few of them, if you consider the sub-categories as well. Wide range of stations available. The app also offers recommendations as well, but we really don’t think that is based on your recent listening habits.

The Live365 app did crash a couple of times on the iPod Touch with the iOS 5.1 version. However, we think that is a small niggle, considering the excellent variety of music on offer.

Rad.io doesn’t look as snazzy as the ones we have mentioned till now, but what helps immensely is the simplicity around it. You get a home screen with certain selected radio stations across multiple categories - Top 100, Local and even History. The Stations tab is quite simply the list of all stations, divided by genre. My Radio is the favorites tab, in a nutshell.

Editorial Picks is something that works like the recommendations in Radio365. We were particularly impressed with the Cities division of certain radio stations, and there are a hell lot of cities in there - even ones we have never even heard of! While Rad.io doesn’t look very elegant while going about its business, it does this very comfortably. Worked well even on connections that had other PCs downloading files left right and centre, and there was literally no bandwidth to share.

Almost 50,000 radio stations are on board, this app is brought to you by the same people who made the trusted Winamp media player we used on our desktops for so long. The orange and black coloured theme continues here as well.

On the homepage of Shoutcast Radio, you get some random radio stations, refreshed every time you open the app. The rest is pretty standard stuff that works - a list of stations categorized by genre, favorite stations and even the ones you may have heard recently. Certain stations, particular talk based ones seem quite low bitrate.

As with most things with the Sky brand name involved, the colour theme revolves around blue. The app has a very premium feel to it, again a Sky tradition. While the number of stations are much lesser than most of the other apps featured here, they seem to have gone through a stringent quality control test.

Multiple genres are present on Sky.fm, as with the rest of the apps, but on the Now Playing screen, you get little extras like the playback history of that particular station and even the amount of data used on Wi-Fi and Edge on that device by that app.

WhatsApp is ending support for these smartphones in 2021

5 Android Apps to use to get your new smartphone ready