Netflix in India: A year in review 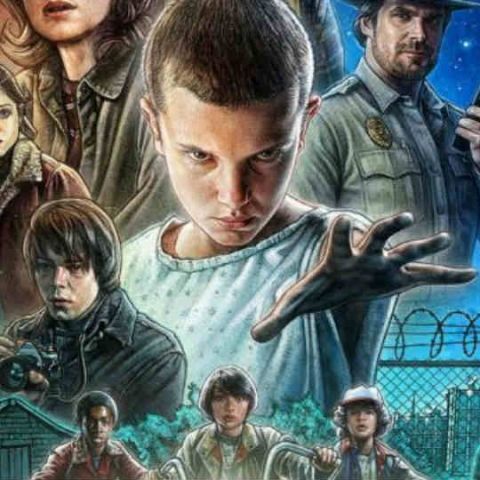 It has been a year since global streaming giant Netflix launched its services in India and 130 other countries. Along with expanding base, Netflix also pleasantly surprised audiences by adding downloading capabilities. It has also been a year for us covering Netflix as a streaming service and a content provider, and the company usually does not believe in sharing statistics and numbers. So when we get an email from the streaming service about their India journey so far, it’s hard not to share how Indian audiences perceived the platform. Here are the highlights, straight from the horse’s mouth:

Most popular shows on Netflix India

It’s not a surprise that some of the best shows on Netflix are also the most popular in India. Whether it’s the life story of drug lord Pablo Escobar or a dark twist on American presidential politics, Netflix has had a good year of TV shows. As per the streaming service, these were the most popular TV shows on the platform in India: Narcos, House of Cards, Marvel’s Daredevil, Brahman Naman, Marvel’s Luke Cage, The Crown, Stranger Things, Master of None.

Well, this one is hard to believe, considering India has some of the lowest broadband speeds in the world. Nevertheless, Netflix data reveals that Indians are most likely to binge-watch a TV show over 3 days, faster than the global average of 4 days. These numbers are based on the following shows - Narcos, Unbreakable Kimmy Schmidt, Marvel’s Jessica Jones and Bloodline. In addition, the company highlighted that the most watched genre in India has been Sci-Fi so far.

Taking a look at the viewing behaviour of Indian users, Netflix determined that it takes an average 4 episodes for Indians to get hooked on to a show. Shows like Daredevil, Orange Is The New Black and Outlander saw a faster adoption rate compare to others. Indians are also prone to pairing TV shows with movies. Netflix India notes that Indian viewers tend to follow a TV show with a movie. Some of these strange pairings include - Fuller House followed by Piku; Orange is the New Black with The Big Short; Gilmore Girls with Silver Linings Playbook; Stranger Things with I Am Legend, Bloodline with BA Pass.

Netflix has a pretty decent lineup of shows planned for 2017. These include new seasons of some of the favourites like Stranger Things and Sense 8. Marvel’s Luke Cage will be followed by another superhero TV show, Marvel’s Iron Fist. An old favourite, Lemony Snicket's A Series of Unfortunate Events, is also being made into a television series by Netflix. In addition, Indian audiences can also look forward to movies from Shahrukh Khan’s Red Chillies Entertainment production studio. The first one to be added to the online platform will be the recently released Dear Zindagi, expected to hit Netflix in January.