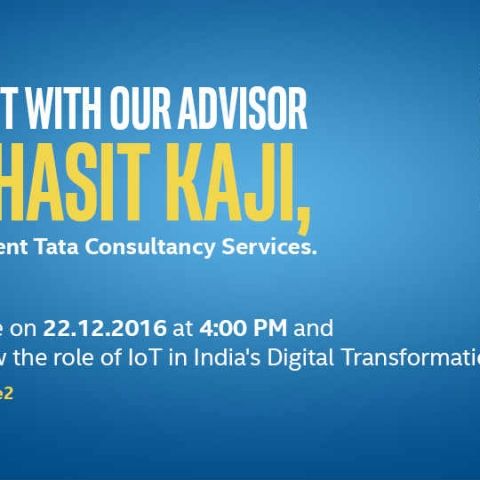 Internet of Things, or IoT for short is being hailed as the next big step in technology. Harnessing the power of the internet to make devices communicate with each other can lead to an autonomous future, the likes of which could only have been dreamt of a few decades ago.

Imagine a world where your phone can let your car know that you have left your office, so it turns on the heater to ensure the interior is nice and toasty by the time you reach your car. When you are about to reach home, the lights turn on and the door is unlocked just as soon as you reach for it. Running low on eggs? Your refrigerator can sense that and automatically order a dozen for you. IoT goes beyond the house too. For example, electric grids can monitor the loads across regions and balance the load autonomously.

Supermarkets can inform the staff when a particular item is low so that they can re-stock it. This is the power of IoT and its scope is only limited by imagination. 6Wresearch projects that’s the IoT market in India will grow at a CAGR of 28.2% between 2016 and 2022. With such potential, it’s no wonder that so many companies are jumping onto the IoT bandwagon. Thanks to Intel and the Make for India campaign, India is not going to be left behind. There are hundreds of Individuals/companies with innovative ideas that can change the digital infrastructure of the country. Intel is giving them a chance to turn those ideas into reality by giving them a platform to do so. The nationwide campaign called the ‘Innovate For Digital India’ (IFDI) Challenge 2.0, is supported by MyGov and the Ministry of Electronics and Information Technology (MeitY). It is also anchored by the T-Hub Foundation, which is India’s largest startup incubator.

The aim is to foster local innovation and encourage the creation of intuitive, easy-to- use, and scalable solutions in the IoT, Datacenter, Cloud space. Such innovation can enable digital transformation and drive access to services imperative for building a Digital India.

GET YOUR QUESTIONS ANSWERED

Hasit Kaji is the Vice President of Special Initiatives at Tata Consultancy Services. He has been working with the company for over 30 years. He is a graduate in Computer Science &amp; Engineering from the Indian Institute of Science. He has also completed management, leadership development programs at Ross Business School, IIM Bangalore, and IIM Ahmedabad. Kaji is also the force behind the Digital Impact Square, an open social innovation center that aims to enhance the lives of Indian citizens by using technology. It also provides a platform for students and early start-ups to re-design lives and humanise technology.

As part of Intel’s pan-India IoT challenge, the company will be holding webcasts on Facebook and has invited Kaji to be a special speaker in the next webcast. This is aimed at helping you get started in the right direction. If you want to be a part of the IoT revolution, but need a push in the right direction, there are few better suited for the job than Hasit Kaji. The webcast will be held on Facebook at 4:00pm on December 22.

TUNE IN TO THE WEBCAST

During the webcast, Kaji will shed light on a number of different topics related to IoT. These include, an explanation of the IoT ecosystem and how it is transforming India, the important factors needed for successful deployment of IoT, creating opportunities for industries such as healthcare &amp; agriculture, as well as the implications of large IoT ecosystems. Other topics of discussion include, the core challenges and dangers associated with IoT along with solutions that address them, and so forth.

As mentioned before, the webcast will be held on Facebook at 4:00pm on on December 22.

You can click the link below to join the discussion.