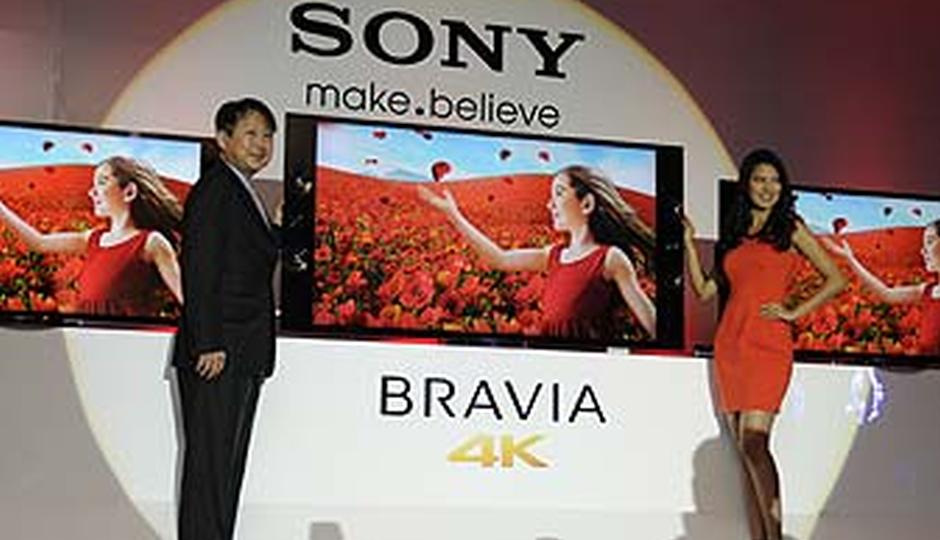 Sony has announced six new Bravia 4K TV's in India under its X series. Sony has already launched four Bravia 4K TVs while two more will be available by the end of September. The new Sony TVs are in screen sizes ranging between 49 to 85 inches, and priced between Rs 1.74 lakh to Rs 7.04 lakh.

Sony says that the models sport a wedge-shaped design, which saves space, while allowing larger speakers for better sound quality. The company claims that the new 4K models offer a powerful picture processing engines and 4K X-Reality PRO for upscaling lower resolution pictures. The company further said that these TVs have support for TRILUMINOS display that offers more colors and enhances the image. The Bravia 4K TVs come with HDMI standard HDMI 2.0 connectivity, which gives them the ability to display 4K/60p content.

The models are equipped with a new decoder that supports HEVC for better compression without compromising on picture quality and can playback 4K/60p content from Internet streaming services. The TVs  come with 'One-Flick Entertainment,' and 'One-Flick Remote Control' for 'intuitive control' that makes browsing easy.

The Japanese consumer electronics giant said the new Bravia 4K TVs offer "excellent picture and audio quality, while featuring a bevy of new features will appeal to the discerning consumer."

Sony says, "All 6 of the new 4K models offered by Sony will incorporate the powerful picture processing engine, 4K X-Reality PRO, which uses a combination of unique up-scaling and super resolution technology from Sony to offer any content in beautiful and stunning 4K resolution."

Last week, Videocon launched 4K UHD LED Smart TVs in India starting from Rs. 91,000. The company announced 5 new models from 40 to 85-inch screen size which will be available across markets by September.