Are Samsung Smart TVs spying on you? 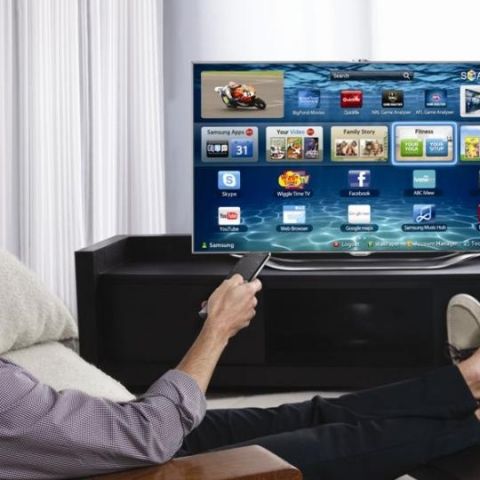 Samsung's Smart TVs with voice activation feature may be listening in to your personal conversations. The tech giant privacy policy warns users that its Smart TVs may share information with third parties or Samsung when the feature is active.

According to Samsung's policies, third parties converting speech to text and data collection help the company improve its services for its consumers. The company added that voice-recognition data collection can be turned off via the settings menu, but "this may prevent you from using all of the Voice Recognition features."

"Please be aware that if your spoken words include personal or other sensitive information, that information will be among the data captured and transmitted to a third party through your use of Voice Recognition."

Samsung's Smart TVs are not the only devices that have the voice activation mode; other gadgets like the Amazon Echo, Microsoft Xbox One, and Motorola Moto X all have similar technologies.

A Samsung spokesperson stated that "Samsung takes consumer privacy very seriously. "In all of our Smart TVs we employ industry-standard security safeguards and practices, including data encryption, to secure consumers' personal information and prevent unauthorized collection or use."

The spokesperson added that Samsung does not retain voice data or sell it to third parties. She added that, "Voice recognition, which allows the user to control the TV using voice commands, is a Samsung Smart TV feature, which can be activated or deactivated by the user. The TV owner can also disconnect the TV from the Wi-Fi network."