The regulators see regulation of the over the top players such as Whatsapp, Facebook and Viber. Interestingly, Facebook has joined the COAI, the body representing GSM telecom operators. 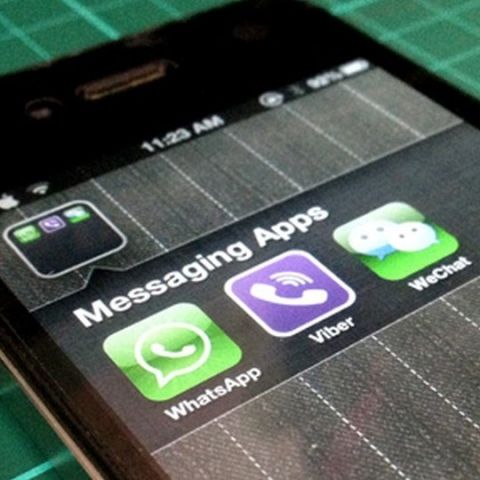 Should the Over The Top (OTT) players such as Facebook, Whatsapp and Viber pay fee to the telecom operators? The debate has once again taken centre stage with telecom operators stepping up demand for regulating the OTT players.

The telcos complain that the OTT players have been reaping profits using their network and not sharing revenues with them. The regulator held a seminar to discuss the matter and possible framework for OTT regulation in India.

Though discussion in an initial stage, the regulator and participants shed light on the OTT players' impact on telecom companies as well as measures to cope with the new challenge. The regulator said it is analysing the OTT services' ecosystem. If the operators have their way, the OTT players may be asked to pay for connectivity charges to the service providers as well as share some revenue with the government.

Interestingly, Facebook has joined the Cellular Operators Association of India, which is the industry body representing the GSM-based telecom operators.

Ankhi Das, Public Policy Director – India & South Asia, Facebook said: “Over 85% of the world’s population lives in areas with existing cellular coverage, yet only about 30% of the total population accesses the internet. Affordability and awareness are significant barriers to internet adoption. Facebook believes that overcoming these barriers and connecting people has immense value, from empowering people to exercise their rights to freely express themselves, promoting transparency and democratic values and allowing people to access affordable data services in areas such as health care, education and information, which they otherwise cannot afford.  Access = opportunity – creating more economic, social and political opportunities for everybody.”

COAI Director General Rajan S Mathews says, "We believe this will further grow to become a crucial part of and influence the socio-economic culture in the country. We feel that Facebook’s active participation in COAI activities will result in mutual value addition and bring the much needed synergy of functioning between the service providers and the content/VAS players.”