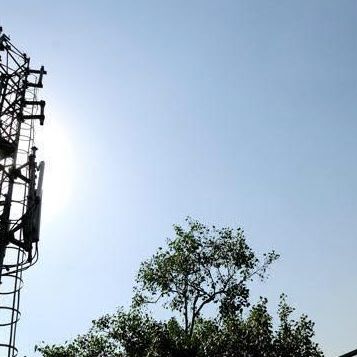 An audit by the Department of Telecommunications has linked the poor quality of call services to the inadequate investment on infrastructure by operators and their major focus on 4G equipment over 2G. A consultation paper by telecom regulator TRAI corroborates the DoT’s findings on the issue. It further said that the investment has not kept pace with the rise in usage. A top DoT official said, "For better utilisation of spectrum, operators need to adequately invest in the existing airwaves first and after that additional spectrum will be made available for auction." The government expects to shore up Rs. 42,865.62 crore in fiscal year 2016 through communication services, including the auction of spectrum. The Government has also rejected requests by telecom operators to waive the spectrum trading fees in its draft guidelines.

Earlier in June, Union Telecom Minister Ravi Shankar Prasad had urged operators to improve their infrastructure and resolve the issue of call drops. It also directed the Telecom Regulatory Authority of India to suggest a mechanism for managing the problem. He argued that enough spectrum is available for telcos to address the issues. Bharti Airtel had blamed the lack of enough cellphone towers for poor quality of service. “We need both spectrum and more sites for mobile towers. In Delhi Lutyens area alone we need 217 sites, but we have only 117 sites,” said Gopal Vittal, Airtel MD and CEO. Both Prasad and Vittal had stressed the need to clear misconceptions about the safety hazards of mobile towers. The minister had also directed the Telecom Enforcement, Resource and Monitoring cell to conduct an audit on the quality of service parameters. The DoT audit had thrown up facts that put the blame squarely on operators. Telecom secretary Rakesh Garg said, “Our audit findings show that massive data growth choking networks, inadequate network optimization, inability to put towers and finally, lack of adequate capex are the four main reasons (for call drops).” Apart from the inability to put up towers that is governed by a number of situational and operational factors, the operators should be held accountable for the rest. It also found that operators are not adequately optimizing the existing infrastructure.

In order to ease the problem, the DoT and the Urban Development Ministry had agreed in-principle to allow setting up of towers on government buildings. Such towers would be shared by all the operators. At a joint press conference in August, heads of major telecom operators had pointed at the lack of governmental support as the chief roadblock in providing uninterrupted services. Himanshu Kapania, MD of Idea Cellular had rebutted allegations of inadequate investments by showing that Rs. 1,34,000 crores had been committed by the TSPs. Prime Minister Narendra Modi had recently voiced his concerns about this issue and asked TRAI to initiate necessary measures to stem the problem. Accordingly, the regulator is in process of collating information about the extent of call drops. The findings will be made public to help consumers in making an informed choice. With the Government and the telecom service providers engaged in dialogue, we can expect a solution to the call drop issue to emerge soon enough.