YotaPhone with dual-displays may soon launch in India via Flipkart. 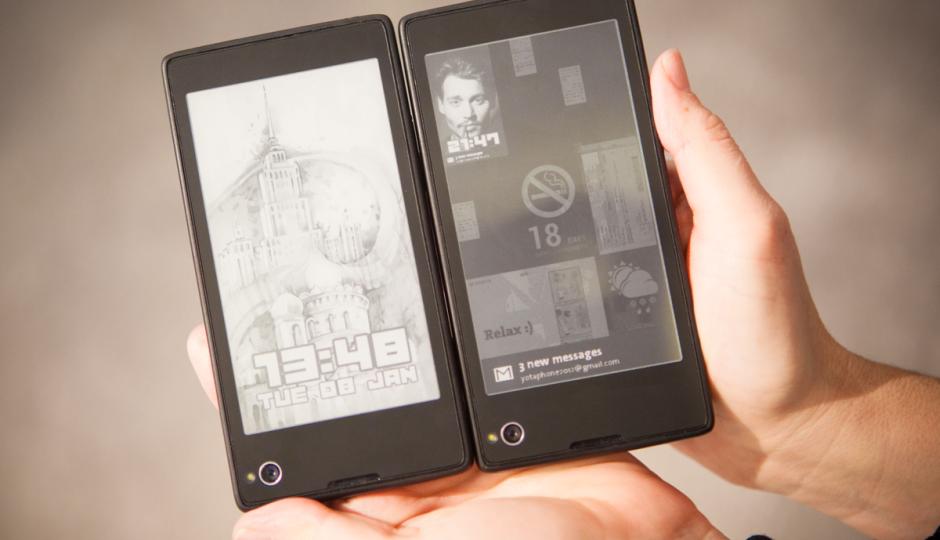 Russian smartphone maker Yota may soon launch its first dual-display YotaPhone smartphone in India. The YotaPhone was listed briefly on ecommerce retailer Flipkart indicating that the device may soon go on sale in India.

YotaPhone was first spotted by MakTechBlog on Flipkart. Yato had unveiled the device at the Mobile World Congress last year. The YotaPhone features two displays, an LCD primary display and an E-Ink secondary display. The second display is always on and can be used to show notifications, reminders, reading e-books and much more.

Yota has also announced the Yotaphone 2, which will be launched in Europe in late 2014 and will be rolled out globally in 2015. The company claimed that the Yotaphone 2 is more 'intuitive and interactive', with new hardware and software features. It has a full-touch control for its always-on E-ink display. The device has a 5-inch AMOLED front display with 1080 x 1920 pixels resolution. It has a 2.3GHz quad-core Snapdragon 800 processor with 2 GB of RAM. It has 32GB of built-in storage, an 8MP rear camera with LED flash and a 2MP front camera.

Read: How exclusive online launches are boosting e-commerce in India