The newly launched Xiaomi Mi Pad 2 takes another shot at 'mini' tablet segment. How does it stack up with the Apple iPad Mini 4? Let's find out! 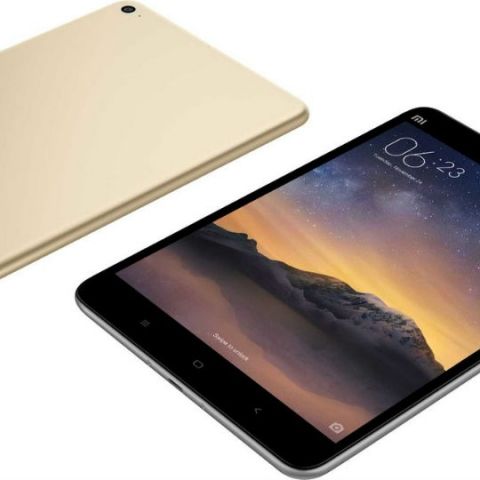 Chinese tech giant, Xiaomi, launched three products yesterday – the Mi Pad 2, Redmi Note 3 and the Mi Air Purifier. We aren’t sure if the Mi Air Purifier will be launched in India, but the other two may be launched. In the past one year, tablets have seen a steady decline in sales, and tablet-makers like Apple, Samsung, Microsoft and more are trying to innovate, to revive the market.

Xiaomi's first generation tablet, the Mi Pad, was a great offering in India. Despite its plastic build, it had great specifications, a good display, and was a value for money proposition. Now in its second generation, the device is available in two variants – Windows and Android. The Windows version makes sense, since Windows 10 is an OS that works well on tablets, laptops and hybrids. Borrowing more from the design of Apple’s iPad Mini, the new Mi Pad 2 has an all-metal body. Coming to the price of the tablet, the 16GB Android variant will be priced at RMB 999 (Rs. 10,400 approx.), and the 64GB variant at RMB 1299 (Rs. 13,500 approx). The Android variants of the tablet go on sale in China, on November 27. The Windows 10 variant of this tablet will go on sale in December, and the 64GB variant will be priced at RMB 1299 (Rs. 13,500 approx).

Moving on to the iPad Mini 4, it is one of the best small-screen tablets available in the market, with the perfect combination of hardware and software. Here is a quick look at the specifications of the Xiaomi Mi Pad 2, when compared to the iPad mini 4. We have also thrown in the first generation Mi Pad, to get a perspective of how Xiaomi’s tablet has evolved.

Compared to its predecessor, the Mi Pad 2 has become slimmer and lighter, but display size and resolution remains the same. All the three tablets here have the same display size and resolution. The iPad mini 4 is the lightest and thinnest of the three. Both the Mi Pads offer expandable storage, whereas the iPad Mini 4 is limited to its built-in storage. How the Mi Pad 2 fares in real world usage is something we will comment on, later.