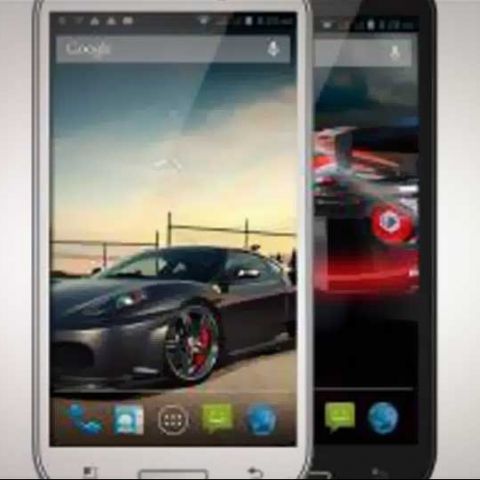 WickedLeak has introduced yet another Android phablet – the Wammy Titan II. Priced at Rs. 13,990, the Wammy Titan II features a 5.3-inch display and runs the latest Android version 4.1.2 Jelly Bean, upgradable to v4.2. According to WickedLeak, the shipping of the phablet will begin March 21, 2013.

The WickedLeak Wammy Titan II, said to be an upgraded version of the original Wammy Titan (read our review), is powered by a 1.2 GHz MTK6589 quad-core processor. The Titan II has 1GB of RAM and 4GB of ROM. The 5.3-inch IPS display of the Titan II has a resolution of 960 X 540 pixels.

The WickedLeak Wammy Titan II takes on the likes of Micromax Canvas A116 HD, Xolo Q800 and a range of budget Android phablets. Priced at Rs. 13,990, the Canvas HD comes with a 5-inch display with resolution of 1280 x 720 pixels, Jelly Bean, 1.2GHz MediaTek MT 6589 quad-core CPU and 8MP rear and 2MP front cameras. Check out detailed review of the A116 Canvas HD here.

The Indian market for the budget smartphones with large screen is continuously getting crowded with a lot the local players joining the segment. While there’s Micromax’s Canvas 2 A110, there are iBall Andi 5c, Zync Cloud Z5, WickedLeak Wammy Note, Kobian Mercury MaqiQ, Spice Stellar Horizon and many more. Also check out Six budget phablet alternatives to the Samsung Galaxy Note II