Vivo iQOO could debut with a Foldable phone, images leaked 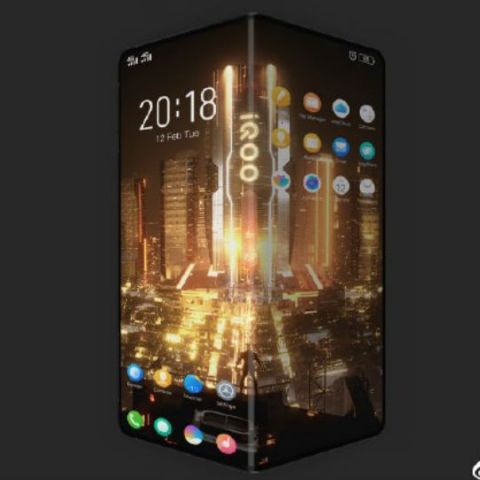 A few days ago Vivo took to Chinese social networking website Webio to announce a new sub brand called iQOO. When the sub brand was announced, it wasn't clear what segment of the market it would cater to. However, with the new leak, it looks like the brand will cater to the premium segment of the market. According to images leaked, the device will be a foldable smartphone. The images show a tall device and when folded, it becomes a phone. There is no information available about the specifications of the phone and from the renders, it looks like the port and button placement isn't final either. According to the leak, the smartphone could be priced at CNY 7000 which translates to Rs 74,000 approx directly converted. At this price point it competes with current flagship offerings from Google, Samsung and Apple in India.

Speaking of foldable phones, Vivo isn't the first one to show it off. There are a number of manufacturers that have shown off or hinted that they are working on a foldable smartphone. This includes manufacturers like Samsung, Xiaomi, Huawei, Nubia, Sony and Moto as well. Foldable and rollable screens isn’t a new technology but one that has started gaining ground in recent years thanks to advances in their development. For a while, LG showed off its rollable display before announcing its rollable TV at CES 2018.

How foldable phones will work and whether they are the future of smartphones is something only time will tell. We have seen smartphones with two displays the Vivo Nex Dual display. These are of course niche and the trend hasn't picked up. Samsung added an edge display with the Samsung Galaxy Note Edge and implemented it for a few of its smartphones before forgoing the idea.

The point is that even though smartphone makers have tried to innovate with smartphones, no trend has stuck for more than a generation or two. Unless you count fitting multiple cameras on a device as an innovative trend. That is one that is here to stay for years to come.