uBeam wireless charger powers smartphones from across the room

uBeam has developed a wireless technology that uses ultrasound to charge devices from across the room. 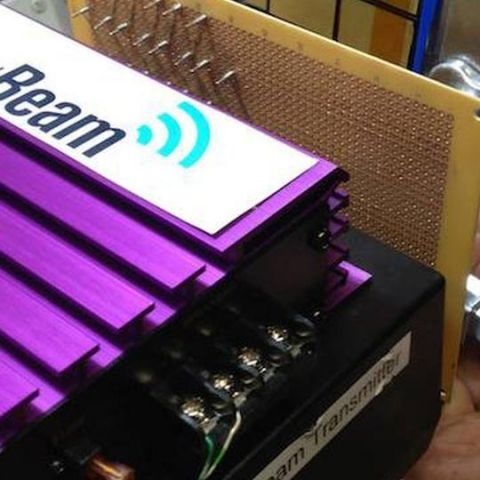 Wireless technology is still in its nascent stages, though remarkable progress has been made so far. And now, a Los Angeles-based startup uBeam has developing a wireless charging technology that allows people to charge the their smartphones without cords and without having to be right next to the charging station.

uBeam's technology, developed by Meredith Perry has made a prototype that converts electricity to ultrasound, which is then transmitted over ultrasound. A receiver in the phone can catch these sound waves and converts it back into energy. The technology can charge any devices that are equipped with receivers in the room, the company also plans to make larger transmitters that cab used in stadiums or other large spaces. uBeam’s charging technology is expected to enter the market within the next two years, though the company has not given any information on pricing or worldwide availability of the device yet.

“This is the only wireless power system that allows you to be on your phone and moving around a room freely while you’re device is charging,” Ms. Perry said in an interview. “It allows for a Wi-Fi-like experience of charging; with everything else you have to be in close range of a transmitter.”

“If wireless power is everywhere, then the size of your battery can shrink because it’s always charging.” Ms. Perry said. “You’ll never need a cord again, and you won’t need international charging adapters.”

“We’re going to sell directly to consumers, and we’ll sell them to restaurant chains and hotels — we are going to saturate the market with uBeam transmitters,” Ms. Perry said. “In addition to your local coffee shop saying it has free Wi-Fi, it will also say it has free uBeam.”

Recently Leigh Purnell, a graduate from Aston University, has developed the Pentalite Flux battery that can charge a smartphone in just 15 minutes. The device is very small and can easily fit in a pocket. It will be launched on the crowd funding website Indiegogo at the end of this month.

Engineers at University of Washington have come up with a new communication system called Backstratter that uses radio signals as power source and then reuses existing Wi-Fi infrastructure to provide Internet connectivity to battery-free devices.