TRAI rules for net neutrality, says no to differential pricing

No Free Basics or Airtel Zero for India, TRAI says no operator will be allowed to offer plans with differential pricing for content. 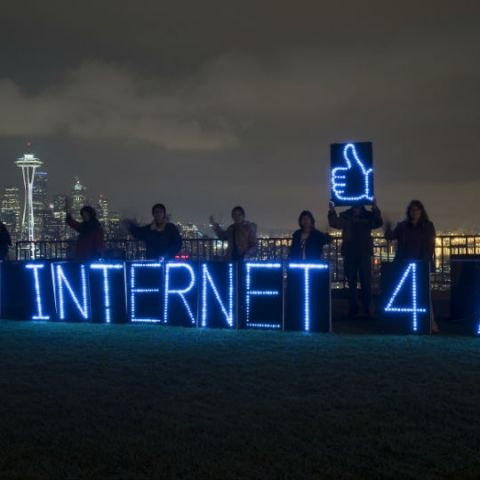 The Telecom Regulatory Authority of India (TRAI) has ruled against differential pricing of data plans. In a statement released to the public less than an hour ago, TRAI wrote, “No service provider shall offer or charge discriminatory tariffs for data services on the basis of content.” TRAI wrote that allowing such plans would affect the architecture of the Internet and hence they wouldn’t be allowed. The statement says, “Prohibition of discriminatory tariff is necessary to ensure that service providers continue to fulfill obligations in keeping internet open and non-discriminatory.”

Further, the statement mentions that the regulations set will come into effect immediately and henceforth will be reviewed every two years. If the norms set by TRAI aren’t followed, a financial disincentive of upto Rs. 50 lakh per day would be applicable for each day of contravention, TRAI wrote. TRAI’s decision comes after extensive debate over net neutrality in India and differential pricing of data plans, including the regulator taking views from consumers on the matter. TRAI has finally ruled in favour of net neutrality, with a mandate that, “No service provider shall offer or charge discriminatory tariffs for data services on the basis of content,” and that, “No service provider shall enter into any arrangement, agreement or contract, by whatever name called, with any person, natural or legal, that has the effect of discriminatory tariffs for data services being offered or charged by the service provider for the purpose of evading the prohibition in this regulation.”

In addition, TRAI also wrote, “Reduced tariff for accessing or providing emergency services, or at times of public emergency has been permitted.” In a press release issued by the regulator, Chairman, R.S. Sharma said, “Anything on the Internet cannot be differentially priced.” He left room for services during “grave” emergencies, where operators would be allowed to provide reduced tariffs, but having reported the same to the Authority within seven working days from the date of its implementation. TRAI will then take a call as to whether the reduced tariff does qualify under its regulation and its decision shall be final and binding. It is worth noting that TRAI's regulations also include that packs that consumers have subscribed to before these regulations will continue through their tenure, provided that they aren't continued beyond that.