In a series of durability tests conducted by SquareTrade, the Moto X shows that it is a better-built smartphone when compared to the iPhone 5S, iPhone 5C and the Galaxy S4. 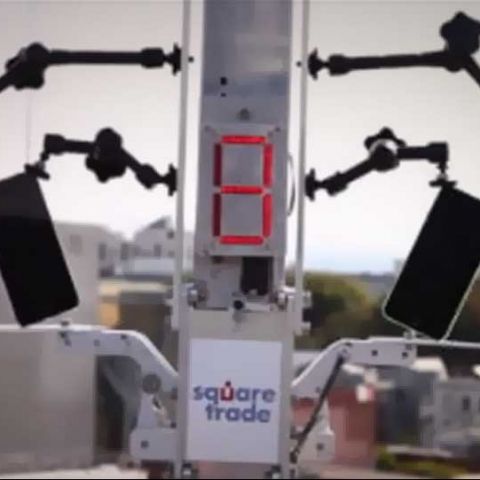 If you are a clumsy person and are planning to pick up a flagship smartphone, you might want to pay close attention here. Square Trade has performed a series of tests to ascertain the durability of the current generation flagship smartphones.

The biggest surprise was that the most durable of all the phones tested was the Moto X. The test included the Moto X along with the recently launched iPhone 5S, iPhone 5C and the Samsung Galaxy S4. A series of tests were performed on the smartphones, which includes dropping them from a height, sliding it across a table and dunking it in water for 10 seconds. After each test, the damage caused to each smartphone was checked and whether or not the device was in working condition. Here is a quick look at how the smartphones performed in each test.

Slide Test
The slide test helped in determining which smartphone is most likely to slide off to its doom. For this test, a spring based machine pushed the four smartphones across a table. In this test, the iPhone 5S slid right off the table. The Moto X slid a mere 3 feet, the iPhone 5C 3.5 feet and the Galaxy S4 four feet.

Of the three tests, the Moto X emerged as the most durable smartphone followed by the iPhone 5S and the iPhone 5C. The one that failed is the Samsung Galaxy S4.

"We were expecting that at least one of the new iPhone models would up its game but surprisingly, it was the Moto X that proved most forgiving of accidents. This is the first time we’ve tested the breakability on a Motorola phone, the only phone we’ve ever tested that’s made in the USA. We were pleased to find that it withstood our drop, slide and dunk test with only the slightest dent. It looks like Google is giving Apple and Samsung a run for their money." commented Ty Shay, SquareTrade marketing chief

You can take a look at the test being performed on the phones below.