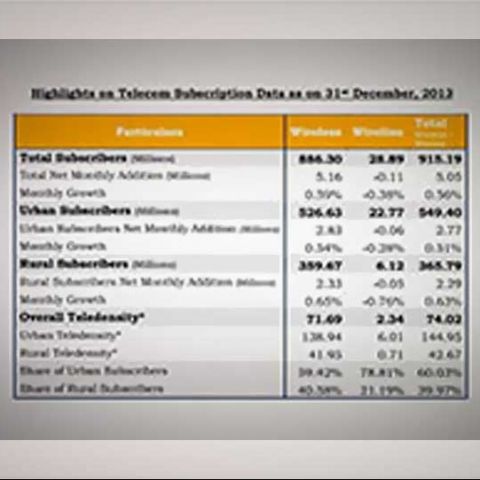 The total number of telephone subscribers in India has increased from 910.14 million at the end of November, 2013 to 915.19 million at the end of December 2013, thereby registering a monthly growth of 0.56%, according to the latest telecom subscription data released by the Telecom Regulatory Authority of India (TRAI). 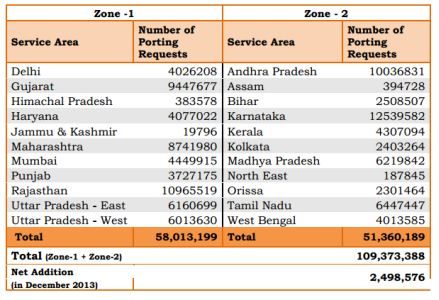