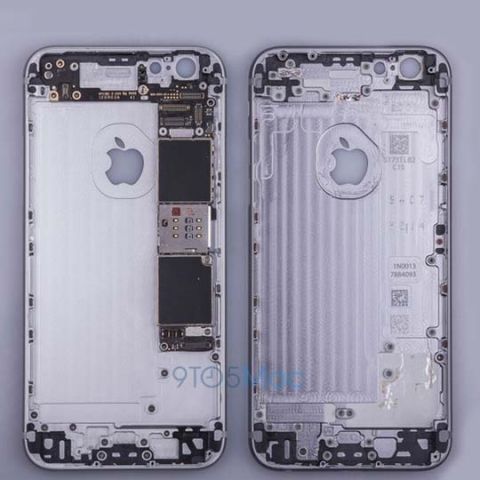 Apple has reportedly asked suppliers to manufacture 90 million units of the upcoming iPhone 6s by December 31, phone to be launched in September

Apple has asked suppliers to manufacture 90 million units of its upcoming iPhone 6s by December 31. This new development was reported by The Wall Street Journal, alongside Bloomberg's report on Force Touch being included in iPhone 6s.

Apple seems set to stage a record launch with the staggering first order of the iPhone 6s. The new installment of the iPhone family is expected to be introduced in September, and the entire number of units from Apple's first order will be delivered by the end of this year. The iPhone 6s will possibly feature the same dimensions and design as the iPhone 6, going by rumours and iPhone's history (iPhones 4 and 4s featured the same design, as did 5 and 5s). A darker Space Grey colour shade, similar to that on Apple Watch, has also been rumoured, looking at leaked photos.

The iPhone 6s has been tipped to feature a faster LTE chipset by Qualcomm, alongside Force Touch - the gesture pattern-reading technology that differentiates tap and press touch feedback. The dual-lens camera setup that was rumoured is now believed to not feature in the iPhone 6s. However, it is believed to feature a 12-megapixel camera with 4K video recording capability. Apart from the expected iOS 9 debut alongside iPhone 6s, the rest of the phone's build is believed to remain the same.

The large number of units ordered by Apple is a reflection of the increase in iPhone sales. Apple has sold more units than their projection, overhauling Samsung as the largest phone seller in the world (as of March 2015). This has also been aided by rising iPhone sales in countries like China, which incidentally found more iPhone-buyers than Apple's homeground, the United States. While production and assembly is expected to be a streamlined affair, the timely availability of the Force Touch displays is the main factor expected to affect the iPhone 6s' manufacturing time.