The Spice Pinnacle Stylus Mi-550 has a 5.5-inch TFT LCD HD display with 720 x 1280 pixels display resolution. The smartphone runs Android 4.2 Jelly Bean OS and has a 1.2GHz quad-core processor with 1GB of RAM. It has 8 GB of inbuilt storage, expandable up to 32GB via microSD card slot.

Spice Pinnacle Stylus features dual-SIM with 3G support on both SIM cards, Wi-Fi, Bluetooth, GPS, EDGE and GPRS connectivity. The smartphone has an 8MP rear camera with LED flash and a 2MP front camera for video calling. It has a 2,500 mAh battery.

This mid-range smartphone competes with the likes of Micromax Canvas 4, Karbonn Titanium S9, XOLO Q1000S and Karbonn S5 Titanium among others.

The Spice Stellar Glamour mobile phone has a 4-inch display screen with 480 x 800 pixels resolution. The Stellar Glamour has a 5MP rear camera with LED flash and a 1.3 MP front camera for self portrait. The smartphone comes with a 3.5mm audio jack, 1400 mAh battery and integrated FM Radio. It has 512MB of RAM, 4GB Internal memory expandable up to 32GB via micro SD card slot.

The Spice Smart Flo Space has a 3.5-inch touch-screen. It has a 3MP rear camera with LED flash and a front-facing 1.3MP camera for video calling. The budget device has 256MB of RAM and 512MB internal memory expandable up to 32 GB via a microSD card slot. 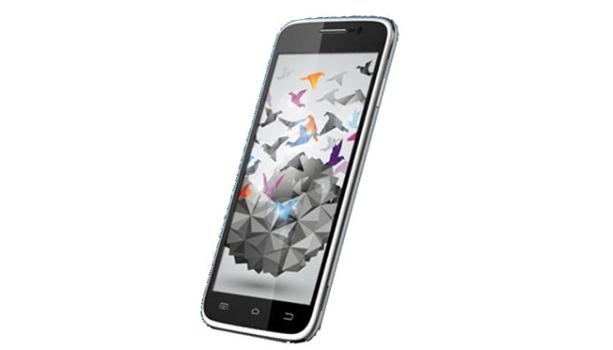