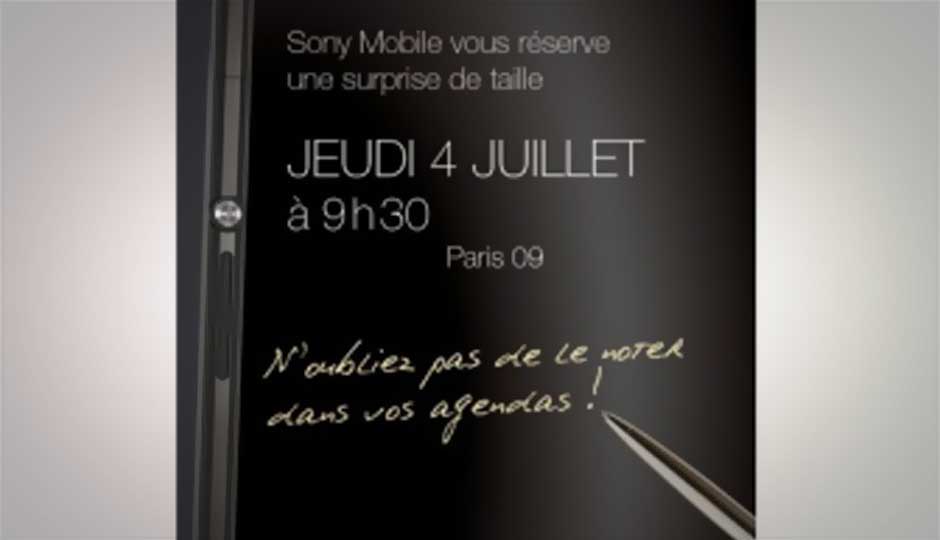 Sony has begun teasing its new phablet codenamed Togari. The device is expected to be officially unveiled as 'Xperia Z Ultra' at an event in Paris on July 4.

The press invite shows the sides of the device, highlighting a slimmer body, power/lock key, volume rocker and dedicated camera button. The alleged Z Ultra appears to be based on the design language of Sony's latest Xperia Z flagship handset.

The Sony Xperia Z Ultra is rumoured to come with a 6.44-inch 1080p display, Qualcomm Snapdragon 800 chipset, Android 4.2.2, 2GB of RAM, 16GB of expandable storage, and an 8MP rear camera. The phablet is expected to come with water resistance capabilities as seen on the Xperia Z. The Z Ultra will reportedly come with input support for a stylus or a pencil. Moreover, it would weigh 212 grams.

Sony hints he Xperia Z Ultra in a press invite

It's not the first time information regarding Sony's next phablet has surfaced on the web. Earlier, leaks showed a Sony phablet, rumoured as Xperia Togari, along with a Nokia phablet.