Another high-end device running Android 4.2 from Sony in the works? 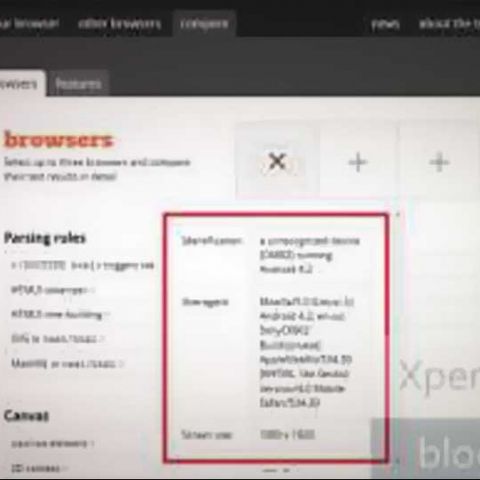 After having launched the C660X Xperia Z and C650X Xperia ZL smartphones, Sony is reportedly readying another flagship device called the Sony C6802. The device appeared at html5test.com, site that benchmarks a browser's compatibility with the HTML 5.

The browser benchmark showed the device was running Android 4.2 Jelly Bean with a 1920x1080p HD display. The specific display size and other specifications details are yet known.

If purported the model number of the Sony device is to believed, it could be higher than the existing the Xperia Z and ZL. The device could possibly be in its initial testing phase before its gets unveiled later this year.

Rumours of the Sony C6802 comes close on the heels of reports about the Xperia SP 'C530X live'. The device, codenamed HuaShan is set to be unveiled at the forthcoming Mobile World Congress event. Rumoured specifications of the device are a screen with a resolution of 1280x720 pixels, Qualcomm Snapdragon S4 Pro MSM8960T SoC with a 1.7GHz dual-core processor and Android version 4.1 (Jelly Bean) out-of-the-box. Take a look at the alleged images of Sony Xperia SP 'C530X live' below: