Sega's classic games are now on Android and iOS

The Sega Forever service will put games like Phantasy Star II and Sonic the Hedgehog on Android and iOS app stores. 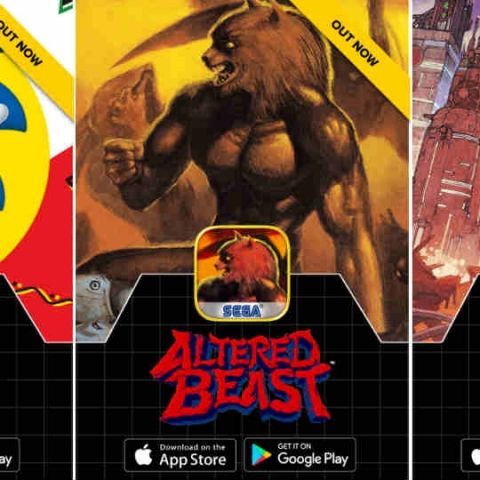 Almost 20 years after it existed the video game consoles business, Sega is bringing a bunch of its classic games to mobile phones. The company has announced a service called Sega Forever, which brings five of Sega’s classic to Android and iOS smartphones. The company says more games will be added in future, including official and ported versions of Sega games. Sega will be adding new games every two weeks.

The Sega Forever service is available for free, although it doesn’t actually show up as an app on the app stores. Instead, Sega seems to be offering the individual games for download and they’ll all be ad supported. Users will have the option to pay $1.99 (approx. Rs. 130) to get rid of these advertisements.

While the core game remains the same, Sega is sort of reimagining them for modern mobile phones. So, the games will now support saving on the cloud, online leaderboards and Bluetooth controllers. Even so, Sega is promising that they’ll be playable offline, something users in countries like India will certainly appreciate.

The first five games to be launched include Sonic the Hedgehog, Phantasy Star II, Altered Beast, Comix Zone and Kid Chameleon. More games will be added later. ““Everything as far back as the SG 1000 Mark I through to Master System, Game Gear, Genesis, Saturn, and Dreamcast,” Mark Evans, Chief Marketing Officer and Development Lead for Sega Forever, told The Verge.