The app allows users to share confessions without giving up their identity. 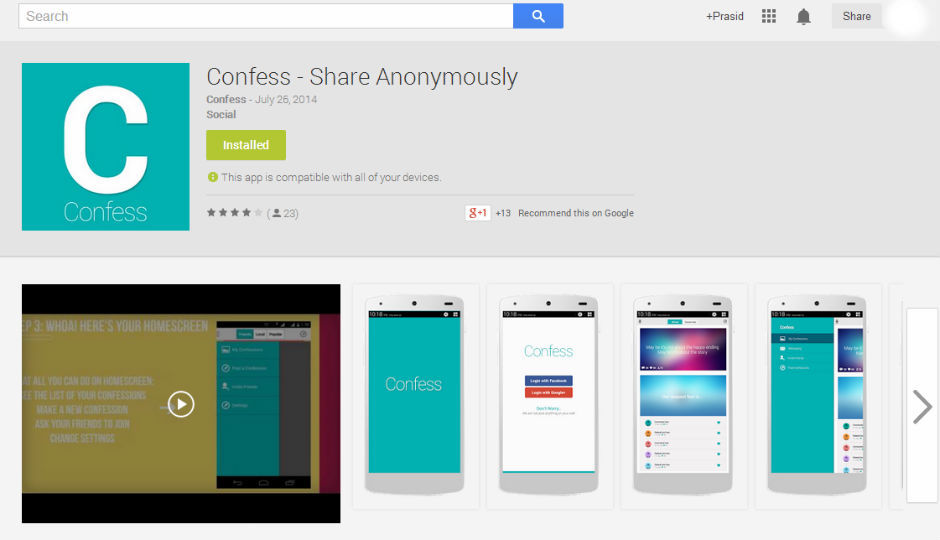 Confessions put on the app appears to a user’s connections, who can then like or comment on the confessions. The confession though visible to your connections, doesn’t tell the identity of the person actually sharing it. The app also allows users to message and communicate with other users and search for specific confessions. In addition, users can also vote on other people’s confessions. 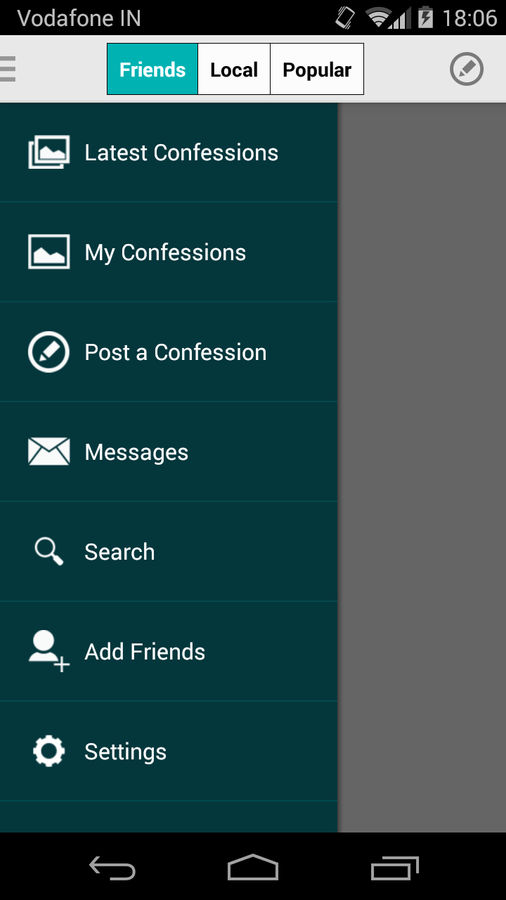 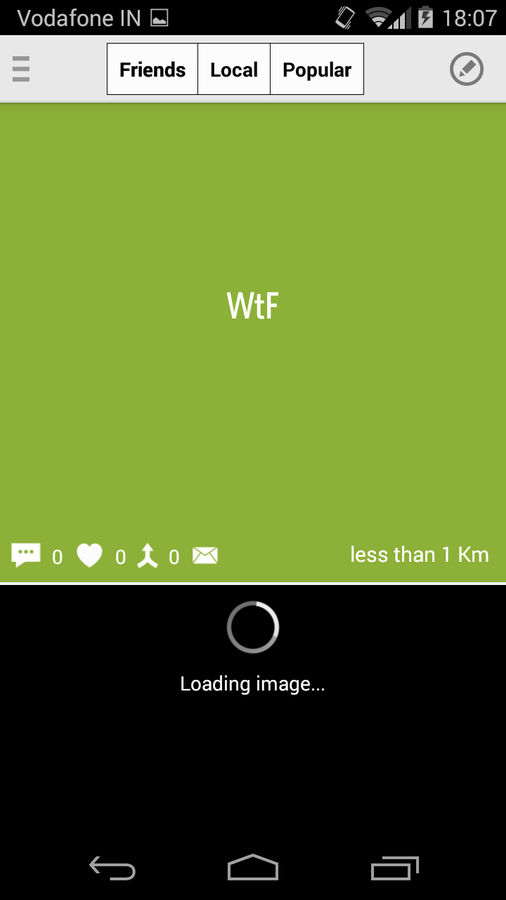 Confess is currently available on Android, but the company has announced that it will also be launched on the iOS platform soon. The app sounds very similar to the much talked about Secret app, which is also available on the Play store and allows sharing anonymously. Secret though isn’t the same and lacks some of the features of Confess. For example, the voting feature is missing in Secret. Also, Confess allows users to share pictures along with their confessions.

With the current uproar about security and privacy issues, anonymous social networks make a lot of sense. The downside of them though is that they can be used for nefarious activities and are often flooded solely with sexual and explicit content, which is not approapriate for all ages.

“With the growth and reach of social media, today it’s becoming increasing difficult to communicate anything without being judged. Confessis a unique app that allows you to reach out to your entire network without having to reveal your identity. It’s time to move beyond the confession pages on Facebook and consolidate all your thoughts on a single platform. On the very first day, people spent 2500 hours using India’s first anonymous social network; which is very encouraging for us to ascertain the availability of this app on various platforms,” said Alan D Souza, Founder & CEO, Vavia Technologies.

Sharing your secrets with someone always gives you a feeling of relief. You no longer have to bear the burden.When you feel better, everyone around you feel better. Encourage your friends to use Confess and let go of their burdens.

The application will soon be introduced on iOS as well.

Vavia is an established leader in providing mobility and internet solutions. With an extensive portfolio spanning infotainment, messaging and other content rich mobile solutions, Vavia enables telecom companies to enhance customer experience and accelerate revenue growth. Its mobility solutions are deployed across countries in the Indian sub-continent, South East Asia & Middle East thereby transforming the lives of over a billion people.

Vavia’s other solutions include ‘ChatHunt’ - an anonymous chat platform which facilitates anonymous connections amongst users.

Vavia has been ranked amongst Top 100 Technology start-ups by Red Herring.