Samsung's application for the Galaxy A7 spotted on FCC, indicating that the smartphone may be launched soon. 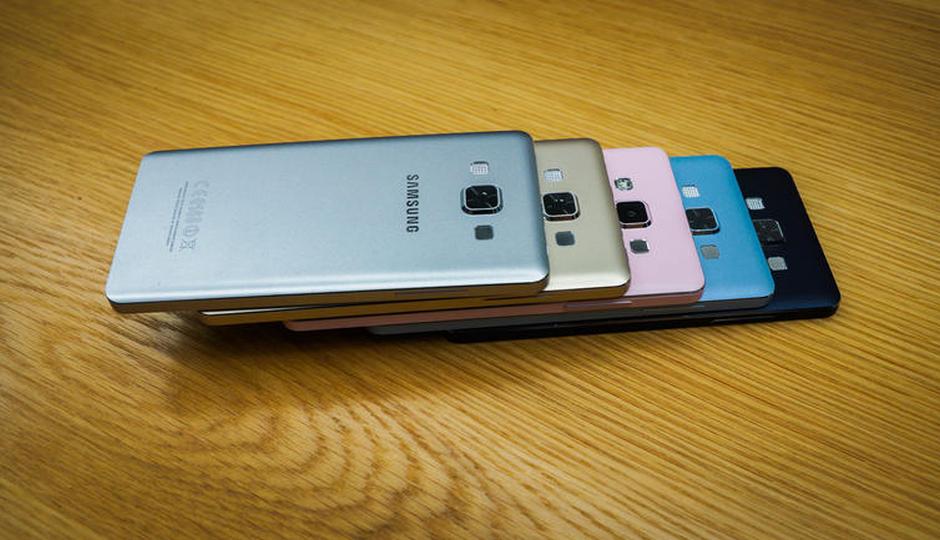 Samsung is ready to launch its next all metal Galaxy A7 smartphone under its Galaxy A series. The smartphone specifications were leaked online earlier this year and it is rumored to be the costliest device under the A series.

According to reports, an application for a new Samsung phone with a model number that may belong to an unreleased device called the Galaxy A7 has just appeared on the Federal Communications Commission website. The application gives proof that Samsung is likely to launch a new phone in its A-series line.

The listing states that Samsung Galaxy A7 will measure 150 mm x 75 mm so the phone's screen could be larger than five inches diagonally. According to rumors the Galaxy A7 smartphone will have a 5.2" display with 1080 x 1920 pixels resolution. It is powered by the Snapdragon 615 chipset with 64-bit 1.5GHz octa-core CPU coupled with 2 GB of RAM. The smartphone will have 16GB internal storage expandable via microSD card slot to 64 GB. The smartphone is expected to have a 12 MP rear camera with Full HD video recording and a 5 MP front camera. Connectivity wise the Galaxy A7 will supports Bluetooth, a compass, accelerometer, GPS, NFC, and Wi-Fi. There is no information about the Galaxy A7's launch date and pricing as yet.

This will be fourth Samsung Galaxy smartphone with a metal design. Samsung had announced the Galaxy Alpha, Galaxy A3 and Galaxy A5 all metal design smartphones earlier this year. Samsung has promised to release the phones in November in selected markets, but according to reports, the smartphones have been delayed as the company is facing production issues.